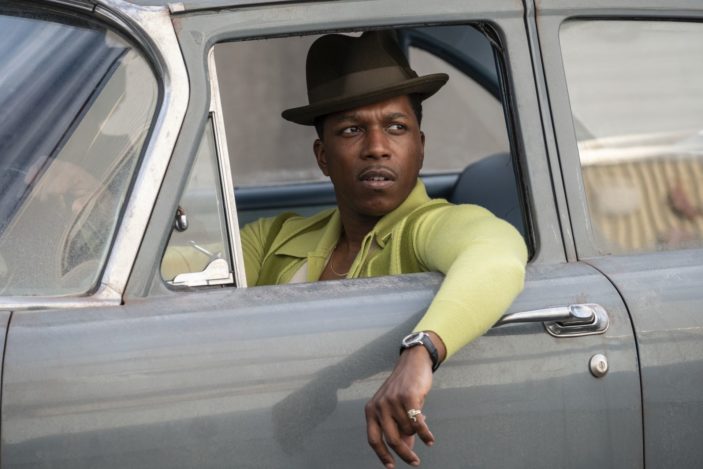 Since his Tony Award-winning role in Hamilton, Leslie Odom Jr. has had something of a meteoric rise.  Not content with just dominating the music and theatre scene, the New York-born actor is a wanted commodity on the big screen too, working with the likes of Kenneth Branagh, Kate Hudson, Orlando Bloom, and Judi Dench, to name but a few, in only the last few years.  Following his Academy Award-nominated role in Regina King’s lauded One Night In Miami, Odom Jr. takes charge in Alan Taylor’s Sopranos prequel, The Many Saints of Newark.

Talking with our own Peter Gray ahead of the film’s release, he spoke of what he took away as a recent fan of The Sopranos, how the film made him a better actor, and the super secretive audition process that he likened to joining the Marvel Universe.

It’s an honour to talk to you.  I have to congratulate you on not just this film, but the last 12 months.  Your performance in One Night In Miami was incredible.  1960’s-set stories seem to bode well for you.

Thank you so much.  When I started doing movies, I stepped on a set and (in) costume and it really may be the closest thing to time travel in the world.  The attention to detail, and once you put the clothes on and step onto set… it does a lot of the work for you.

I had the pleasure of talking to Alan Taylor, and I asked him how it was navigating the Newark riots narrative in the wake of George Floyd and the Black Lives Matters protests.  He expressed that he made sure you were a part of that conversation.  How did it feel to know your voice was being heard?

It was great.  Alan, I think, directed his ass off.  He was such a great collaborator.  He wanted me to weigh in on the inner life of (my character) and that stuff, but he was also there to be a great coach and a great guide.  Just making sure that we were going to be delivering something that was satisfying to the fans.  Alan knows that world so well, knows David’s (Chase) world so well.  So he was just a great guide for those of us that were new to the world.

To The Sopranos, were you a fan of the show prior to working on the film?

No, I can’t say that I was.  I was a little young when it originally ran.  Now having seen it top to bottom, I am a card-carrying member of the fan club, for sure.

I feel like one of the great things about this movie is that it is simultaneously for both fans of the show and those uninitiated that just want to watch a mobster movie.  How did the show play for you after interacting with eventual characters?

I mean, you know…it was just one of the best pieces of art ever made.  Maybe at the beginning of the series I was trying to connect the dots, like “Oh this person played that person”, and then eventually I was just pulled into the story and got totally swept away.  It’s very layered and a deep experience watching it.  I’m watching it a second time around now, getting ready for the release of the movie. 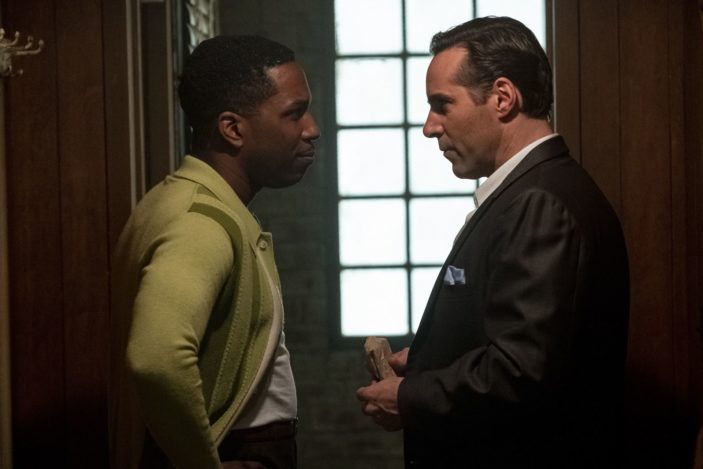 I heard that the audition process was akin to a Marvel movie.  With the script being so secretive, how was it working on something without knowing what you were auditioning for?

My head was telling me “Oh this isn’t fair, they should give you more information”, that ego stuff.  But artistically, my artistic instinct…whenever I picked up the scenes that David had written, something was happening. I was inspired.  There was something happening.  It was mysterious, it was weird, but that I couldn’t deny so I just kept walking toward that.  And I thought that even if I didn’t get the movie, I’m learning.  It was pretty cool to get the movie, and then to have that same experience the entire time we shot.  I don’t know how to describe it but no one writes like David.  He writes in a way that is specific enough to ground you, but it is open enough for interpretation.  You’re not spoon-fed everything.  It’s open just enough for interpretation that you can bring your own humanity, your own artistic voice (to it) and it still works.

I was going to say how specific his writing is.  Is it the type of dialogue, when working, that you just don’t deviate from what’s written?

100%, you don’t deviate at all.  There’s not a whole lot of people that work that way.  Sometimes that can create a tiny bit of tension, and I don’t mean in the relationship but in the process, because it isn’t quite the way that you talk.  But David holds firm to what he wants, so there’s a nice tension that’s created between artist and material.

I understand this was made before One Night In Miami.  Was there anything that you took specifically from this film that you took on to Regina King’s set?

Yes.  I became a better actor working with David and Alan.  And Alessandro (Nivola), for that matter.  Alan also gave me some really important tools and tips for acting for the camera.  There was some side-coaching that was happening.  The movie I’m shooting now, which is Knives Out (2), is only like my 10th movie, which is certainly not a little but I don’t bring that vast experience to making movies.  I’m still learning.  I still need people who are willing to teach and coach, and Alan was great for that, so I brought that to One Night In Miami.

The Many Saints of Newark is scheduled for an Australian cinema release on November 4th, 2021.