The Banshees of Inisherin is a beautiful, desolate film, and the best you’ll see this year: Brisbane International Film Festival Review 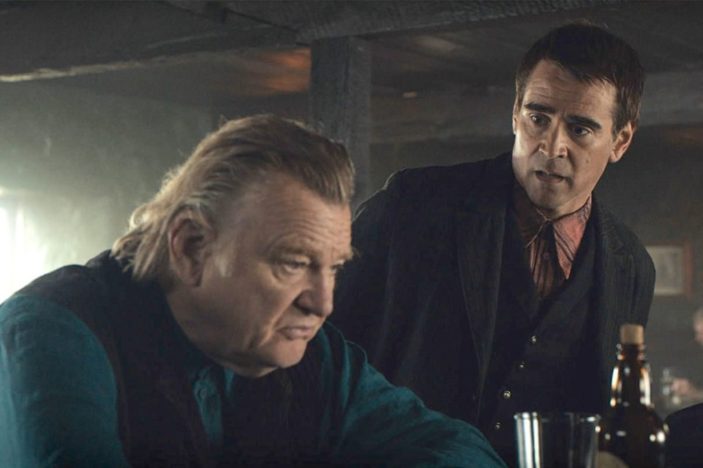 Though he certainly didn’t lose any of his sense of comfort by travelling across the Atlantic for his last film – 2017’s Three Billboards Outside Ebbing, Missouri – there’s a sense of grandeur in writer/director Martin McDonagh returning to his homeland for The Banshees of Inisherin, an impossibly funny and, at times, heartbreakingly bleak dramedy that speaks to the love and fascination of his Irish roots.

Set in the fictional Irish town of Inisherin, a barely-populated village off the coast of Ireland, during the civil war in 1923, the sounds of canon fire are sporadically heard throughout the otherwise peaceful landscape.  But there’s a war brewing here too, between long-time friends Colm (Brendan Gleeson) and Pádraic (Colin Farrell, easily forging his way into the Best Actor race).  Seemingly without rhyme or reason, Colm has decided he just doesn’t like Pádraic anymore.  He finds the inherently likeable lad too dull and asks him to respectfully no longer speak to him.

This, understandably, irks poor Pádraic, something of a simpleton who has a love of animals (he’s quite attached to his miniature donkey, “Jenny”) and lives quite a care-free life with his sister, Siobhan (Kerry Condon, an absolute standout), who begrudgingly tolerates her brother’s simplicities.  Her passions lie in literature, and for Colm, a fiddle enthusiast, he can no longer bare another dim conversation with Pádraic, saying he needs to focus on writing music that will leave a legacy.

It’s quite a bizarre request, but Inisherin is laced with colourful characters that, even though Colm has the air of normality about him, it feels in tune with a village that also boasts various eccentrics, including a wandering (perhaps psychic) crone, a volatile police officer, and an unorthodox priest who scolds Colm for dismissing Pádraic, likening it to a sin.  Then there’s Dominic (an incredibly tender Barry Keoghan), who’s even more simple than Pádraic, and therefor so oft-dismissed despite his sweet, if cheeky, nature.

Keoghan has always been an exciting actor to watch on screen, and it feels like such a rarity to see him take on a role that is stripped of any strength or malice.  His kind delivery and his physicality keep his performance as Dominic consistently exciting and engaging throughout, and if the Academy had any sense they’d look favourably on him come award season.

It wouldn’t be a McDonagh feature though if there wasn’t some dark undercurrent present to the humorous pleasantries that, initially, so much of Banshees… adheres to.  Colm being an artistic soul – the variety of wooden handcrafted masks in his cottage speaks silently to his creativity – means his crisis of being such in a village that is void of any culture or wonder has led to his decision to shun his friendship with Pádraic.  However harsh it may be, and the film has an absolute ball deciphering why, it’s only the beginning of Colm’s determination in wanting to be left to his own defences; he’s aware that life is slipping away, and doesn’t see Pádraic as a valuable enough asset in his life anymore.

The line between absurdity and heartbreak is often blurred throughout Banshees… and this never feels more pinpointed than when Colm informs Pádraic that if he continues to speak to him he will cut off one of his own fingers for every interaction.  It’s utterly bizarre, and Colm being a fiddle player means his own vow of self-mutilation comes at more than just the obvious cost.  There’s dark humour at the ready for such a narrative premise, but McDonagh, masterful as he is, gives this violent gesture deep-seated thought beyond the sake of shock.

As it descends into a far bleaker, more reflective film than the romp it begins as, Banshees… never wavers from McDonagh’s impassioned vision.  There’s a sense of literary poise to the way he has crafted such authentically Irish dialogue, and handing his words to such an ensemble as Farrell, Gleeson, Condon and Keoghan only elevates his prose.  It’s a beautiful, yet desolate, film and I doubt you’ll see anything better this year.

The Banshees of Inisherin is screening as part of this year’s Brisbane International Film Festival, running between October 27th and November 6th, 2022.  For more information head to the official BIFF website. The film is scheduled for an Australian theatrical release on December 26th, 2022.

The Banshees of Inisherin was originally reviewed as part of our Toronto International Film Festival coverage.