Sundance Film Festival Review: Judas and the Black Messiah is an impactful drama that’s all too aware of its topical relevance 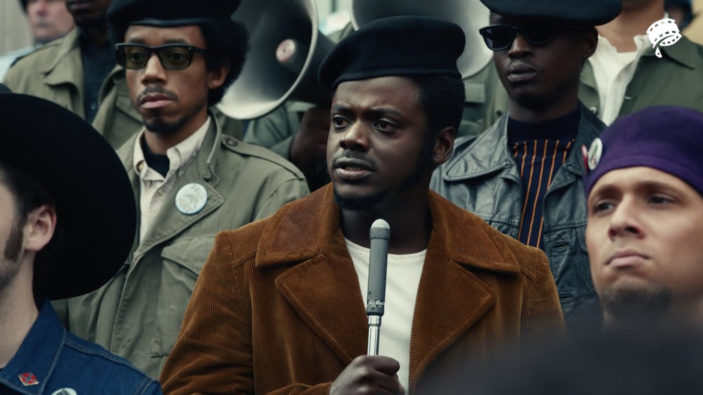 After proving a formidable plot point in last year’s The Trial of the Chicago 7 – however secondary it may have been – the killing of Black Panther chairman Fred Hampton in 1969, at the age of only 21 years, is given the right, timely treatment in Shaka King‘s equally impactful (perhaps even more so) Judas and the Black Messiah.  Detailing its plot with an urgency that holds relevance all these decades later, King’s film lays focus on Hampton (Daniel Kuluuya, putting himself firmly in the Oscar race) and the FBI informant who infiltrated the inner circle, William O’Neal (Lakeith Stanfield).

The biblical suggestions of its title steamroll through this athletic effort, with the relevance of a black leader trying to hold his head above the white-controlled water further aiding the film’s political and societal impact.  Hampton, as played by Kaluuya and framed by director King and co-screenwriter Will Berson (changing his tune considerably from his predominant comedic television background), isn’t presented as saintly in any manner, but his intense, hostile nature towards the police is a carefully crafted response to the brutality his fellow men suffer at the hands of the police, something clearly orchestrated at the time by the manipulative J. Edgar Hoover (Martin Sheen, unrecognisable and revelling in his character’s threatening nature).

O’Neal is similarly presented as someone whose nature and dedication to his job is ultimately at odds with his eventual belief system.  Introduced initially through recreated interview footage – the only on-camera interview he ever gave – before passing himself off as an FBI agent to boost vehicles, O’Neal’s actions land him in a position that leads to his paid informant employ under the calculating Roy Mitchell (Jesse Plemons); the alternative is 18 months in jail for car theft, plus an additional 5 years for impersonating an officer.

Told that the Panther movement is akin to the work of the KKK due to their incitement of violence and hate, O’Neill is initially weary of them, but the friendship between himself and Fred awakens a consciousness that births a conflict between his duties as a labourer and as a black man.  For much of Judas‘ 126 minute running time though it’s Kaluuya’s magnetism as Fred that pulls everyone in around him, the film taking advantage of such a seductiveness by injecting the material with an assertiveness that organically plays off the narrative’s gravity.

The legal and historical outcome from such an event as Hampton’s slaying – the scene in question billows with a violent rage – is only detailed in the film’s epilogue, but the sorrow-fuelled importance that that moment maintains is felt to this day, and Judas and the Black Messiah is all too aware of how applicable a feature it is to today’s society.  There’s a sadness to how these actions of the past have been recreated in the present, and though the film leans into such despondency, it does so with heart and valorous conviction.

Judas and the Black Messiah is screening as part of this year’s Sundance Film Festival, which is being presented virtually between January 28th and February 3rd, 2021.  For more information head to the official Sundance page.  It will be released simultaneously in American theatres and digitally on HBO Max from February 12th, 2021. It will be released in Australian cinemas on March 11th, 2021.