Interview: Tommy Wirkola on Violent Night, balancing comedy and tension, and how Home Alone informed much of the film’s brutality 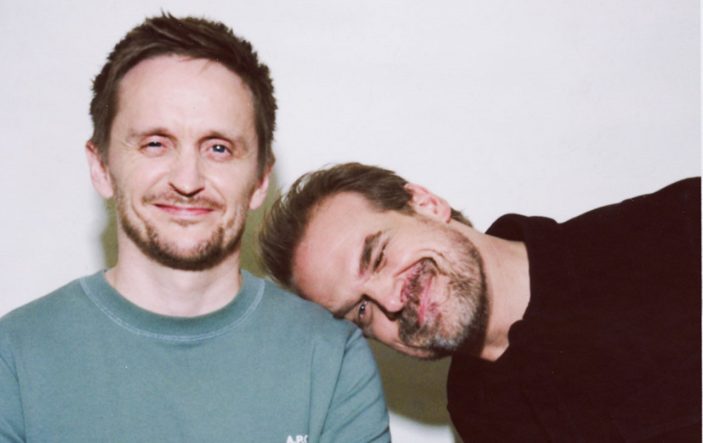 When Peter Gray last spoke to Tommy Wirkola, the director had just released the trailer for his anticipated seasonal action/comedy Violent Night.

Now with the film –  centred around a team of mercenaries who break into a wealthy family compound on Christmas Eve and find themselves unprepared for a surprise combatant in Santa Claus (David Harbour), who is on the grounds and about to show why this Nick is no saint – set for release this week, the two spoke again, this time touching on specific set-pieces, if the director injected his own personal flourishes to the script, and how Home Alone informed much of the carnage on screen.

I spoke to you when the trailer was released and I could only really go off that footage at the time.  Now having seen the film I can say you absolutely delivered.  What an absolute riot!

Thank you so much.  That’s very nice.  It’s important that you deliver in the trailer. That’s good to hear.

You promised that the trailer wasn’t going to spoil anything, and you weren’t wrong.  The whole attic sequence was by far my favourite.  Is there a particular Violent Night set-piece for you that stands as your favourite?

It’s hard to pick.  Certainly the one you mentioned was a lot of fun to shoot.  Home Alone was such an important film to me in so many ways when I grew up, and being able to kind of attack that with (the sense of ) what would really happen if we threw a bowling ball at somebody’s face? That kind of approach to the scene made it really fun to shoot and to cut.

I think the barn fight where Santa finds his hammer and takes on the 25 mercenaries was a big scene to shoot.  The secondary director did a lot of that too, and picked up the pieces and made it (really) crazy and fun.  That was a big scene to get right as it was the first big moment that Santa as the hero is finally reborn.

The final fight (too).  Even though the location and the setting was so cold and so miserable, like minus 25 celsius, in the middle of the night and windy, but it really added to it.  You can see see their breath when they’re outside!  We have fires lit in the middle of nowhere with snow, and John (Leguizamo) and David (Harbour) having so much fun.

When I spoke to John, I did tell him that his run-in with the chimney was pretty unforgettable.

It’s a good one.  It’s one of my favourites.  That moment was originally actually in the middle of the script when I came on board.  I said that it had to be the final moment.  We can’t spoil this moment, so we got to use it later (in the film).

I know that Patrick Casey and Josh Miller are the script writers.  You mentioned that you felt as if this is something you would have written.  Were you able to inject any of your personality into this? Either through dialogue or major sequences?

It wasn’t so much that I felt like I could have written it, more that we share a lot of sensibilities and we have a great sense of humour.  The first thing I told them and the producer when I read it was that I felt like I was born to make this film.  It spoke to me on so many things that I love when I write and direct and watch movies.  Certainly on this one, when I came on board, we were all on the same page.  We had total freedom.

The Home Alone scenes were always there, but it was (originally) much smaller.  I said that there needed to be showstoppers in the film (and) that we should really go crazy here.  We made (those scenes) much bigger and more elaborate.  One thing I remember putting in the script was when Santa is momentarily trapped, and it’s the face-off between himself and (the character of) Scrooge.  That was important to me to have our bad guy and our good guy sit in a room and talk and play it out with tension amongst the craziness going on around them.  Watching David and John sparring gave so much energy to the set.

One of the things I wasn’t expecting was for Santa to have such a detailed background.  Were his Viking origins always in the script?

That was there.  That was Pat and Josh.  That was one of the big surprises when I read (the script).  One of the thoughts in the back of my head was “How do we do sell the fact that Santa is able to take on all these mercenaries and come out of it alive?”  Of course, when I read this I thought it was brilliant.  It made so much sense.  I just love how real it made him, in a way.  As a Norwegian myself I loved that they used Viking heritage for that. 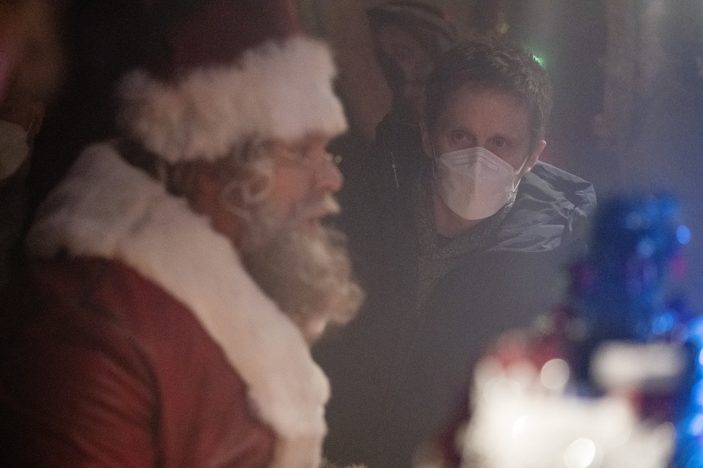 When I last spoke to you you said that Christmas Vacation is your favourite Christmas film, and obviously here we have Beverly D’Angelo.  I loved her in this! I lapped up every single line she delivered.  Was her casting a happy coincidence? Or did you personally seek her out?

Oh, we sought her out! When somebody brought up her name, and I can’t remember who it was that first time, but when we heard it we knew it would be fantastic.  She read the script and she loved it.  We talked and she had a tonne of ideas, and I also think that she just loved playing a character like that.  A lot of the swearing in the beginning is actually just her improvising.  She really tapped into that in a great way.

I was going to ask about the improvisation.  So much of the dialogue feels very natural.  Did you just let the actors loose?

Some of that, yeah.  It’s a film that we didn’t have the budget of a big blockbuster for so we had an aggressive schedule, and you have to move on and keep it fast.  But, at the same time, we have great actors there and you want to use them.  They have great instincts and great ideas.  David certainly had ideas when it came to Santa’s humour and what’s funny and what isn’t.  John loves to ad lib.  A lot of the best lines in the film are him just throwing it out there on the day.  And as I said, Beverly had a deep vault of swear words that I didn’t know existed (laughs).  We wanted to give them the freedom at the same time as keeping things moving.

On the mention of John Leguizamo.  You have him as your “villain”, but you completely understand why he’s doing what he’s doing (yet) at the same time you want him to perish.  How did his casting come about?

It was actually David Leitch who suggested him first because he had worked with him on John Wick.  When he brought up his name I thought how lucky we’d be if we got him.  As a movie geek (just) watching his stuff throughout the years…he’s just an amazing actor.  He can do anything.  He can be dramatic, he’s funny, he’s charming, he’s dangerous.  He’s everything I needed Scrooge to be.  Luckily (too) he loved the script.

When he came on board John was so into helping Scrooge do more than just be there to steal the money.  It started with that, of course, but as we go along we realise there’s something more about his character and he has a deeper connection to Christmas than we realise.  That sets him up against Santa in a bigger way.  That was important to us to get in there that this was more than just a thief robbing someone.  Some of my favourite moments are when we start to realise the real centre of the film and a bigger fight is set up because of that.

And in the middle of all this mayhem is a child, and that helps solidify the film’s Christmas spirit.  At the end of the day this really is a Christmas film, as you previously said you wanted it to be, and young Leah Brady is such a treasure in this.  Was it an extensive search to find the right actor to navigate such craziness?

Oh yeah, for sure.  There was a big search.  Lots of audition tapes.  I saw her tape and was blown away.  I was, like, “Who is this person?”  It turned out she was Canadian and was living close by to where we were shooting (so) it all fell into place pretty easily.  What was fantastic about Leah was that she understood her role in the movie.  She had great instincts and understood the humour of the film.  It can be hard as a young actor in your first film to get that humour, but she nailed it.  She actually added a few lines out of the blue which we kept in the movie.  I hope and think she will have an amazing career.

Violent Night is screening in Australian theatres from December 1st, 2022.