Interview: The cast and creators of In The Heights on bringing the film from stage to screen 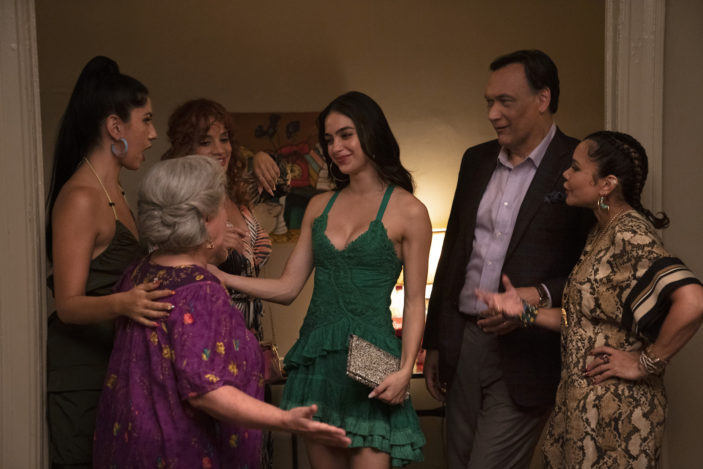 As In The Heights prepares to dance its way on to the big screens here in Australia (you can read our review here), the cast and creators were on hand at a global press conference to discuss making the film, including director Jon M. Chu, creator Lin-Manuel Miranda and screenwriter Quiara Alegría Hudes.

Our own Peter Gray was fortunate enough to be invited to attend, as well as to interview cast members Daphne Rubin-Vega, Stephanie Beatriz and Dascha Polanco about their experiences with movie musical production.

What was it like to bring these characters to life that people know and love?

Jon M. Chu: It was stressful as hell.  But this cast has so much to give to the world, and we had to find people that could speak all the languages of the movie.  To go from dialogue to singing, from acting to movement, and not as a “performance”…it was the truthfulness.  My focus wasn’t to compare to the Broadway version but to find the core of the truth of it and start there.

What makes a good movie musical? And how did you apply that to In The Heights?

Lin-Manuel Miranda: The (musicals) I like aren’t necessarily direct adaptations of the production.  One of my favourite movie musicals is Cabaret.  Bob Fosse took amazing liberties in adapting the stage piece to the screen, but what emerges on screen is almost a more concentrated version of (its) themes.  I think in this endeavour a lot of the credit goes to Quiara (Alegría Hudes) who took a head start in writing this incredible screenplay and adapted this structure brilliantly.

The joy for me was the detail work.  In “Blackout” Usnavi and Vanessa actually talk to each other now, and I get to write that piece, which I didn’t get to in the previous incarnation.  I think Quiara can speak on adapting a stage property.

Quiara Alegría Hudes: I think when I think of my favourite musicals, I think of the juxtaposition of tremendous vision in the musical numbers with very intimate moments of a whispered conversation.  You see that with Abuela Claudia and Nina in one of the very first scenes.  The opportunity to get really big but also really up close and personal.  Working on the screenplay with Jon we always spoke of “How big can we get?” and “How human can we get?”

With the world in such a strange place right now In The Heights feels like the film we all need.  Though filming can be a gruelling experience, how joyous was it to work on such a feature?

Olga Merediz: For me, it was a miracle and a dream come true.  I had done it with Lin off-Broadway and on Broadway, so to bring this character to screen was a dream.  It was joy every single day.  To work, again, with Lin, who I absolutely love, and Jon who just lifted this story up…bringing this love of a character back to life in a bigger, deeper way.  Joy really is the perfect word.

What is the single most satisfying aspect of seeing this film released having written it 20 years ago?

Quiara Alegría Hudes: The single most gratifying? We talk a lot about the dream component of the story and one thing I’ve learned along the way is that the dream is not the finish line, it’s the process of every step.  The most satisfying part is being around these artists, this crew, these creators who just held hands and made something together.  I’m really proud of the communities In The Heights has created.  The path is the dream. 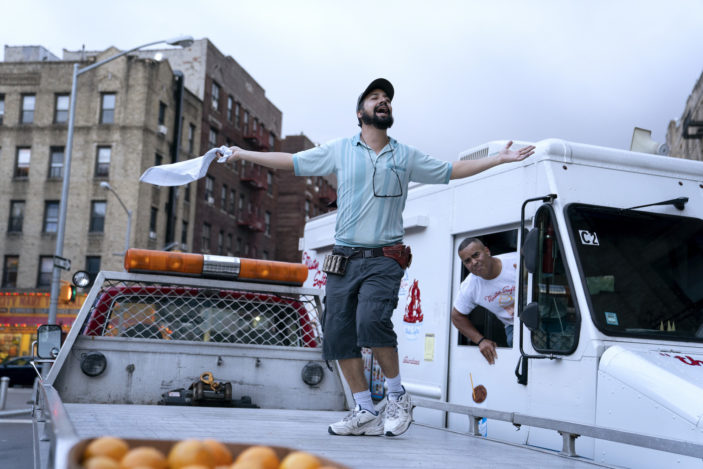 For Jimmy Smits, you’ve had such a varied career, often rooted in drama.  What was it like to be a part of something like In The Heights?

Jimmy Smits: It was great to tick that creative box off on the bucket list.  I look at this film and see the hard work that manifested itself, all of the preparedness.  How prepared Jon was.  I remember at the first script read he showed us storyboards, sharing his mind and showing us the possibility of how to open up Lin and Quiara’s work in a beautiful way.

Corey Hawkins: He was in that bootcamp alongside with us…

Leslie Grace: Don’t try and be modest, he loves to do that!

Was it difficult shooting the film in real locations?

Daphne Rubin-Vega: Shooting in real locations is part of that extra element.  It would not have been In The Heights if it was shot on a soundstage.  We’re learning the choreography in a contained space in a studio but we were all so ready to just bring it, come with it.  Nothing like shooting in a real place.

Obviously Daphne you’ve had extensive experience working on Broadway.  How was it moving from stage to screen?

Daphne Rubin-Vega: It’s been a minute.  It’s been years since I started in theatre.  The feeling of accomplishment is great when I look around and see that I’m working with faces that look like my own.  It’s a different way of implementing your technique.  Once you finish shooting it’s done, it’s in the can and you move on.  In theatre you get to try it again.

And how was it for you, Stephanie and Dascha, making your first foray into musical production?

Stephanie Beatriz: There’s so much more rehearsal than anything I’ve done.  For example, the sitcom that I work on (Brooklyn Nine-Nine) you rehearse the scene maybe one time and that’s it.  Sometimes you don’t even get to rehearse.  They’ll set it up with the stand-ins and then you’ll come in and shoot right away…so to have a month and a half of dance rehearsals was a completely different process that challenged us in different ways.  Ultimately it made the work on screen hopefully look seamless and flawless.  I think we made something pretty good.

Dascha Polanco: I think for me it was knowing that for the next couple of months I was going to be involved in this movie was really exciting.  I’m going for it! I’m going to sing, I’m going to dance, I’m going to act…I’m going to be a part of a musical that I did not get to see alongside my family.  It was validating to be culturally connected.  It was fun knowing we’d have vocal camp and then dance camp, and it wasn’t just working to be busy it was working towards the same goal.  As an actor that empowers you to want more.

In The Heights is screening in Australian theatres from June 24th, 2021.