Steven Knight is the creator and writer of some amazing award winning shows, such as Peaky Blinders and even Who Wants To Be A Millionaire. His writing and directing for film has been praised, too, such as the acclaimed Locke with Tom Hardy and the recent Brad Pitt film Allied. And this praise looks set to continue with upcoming projects that include World War Z 2 and The Girl in The Spider’s Web (a continuation or re-invigoration of the Girl with The Dragon Tattoo franchise).

This month, Steven Knight returns with something a little different for TV: The brutal, sadistic and even humorous historical take on the 1800’s with Taboo. It is disturbingly “bad”, but in all the right ways.

Taboo once again places Tom Hardy ( who also serves as series Co-Creator) and his acting chops against Steve Knight’s writing. Hardy plays aventurer James Keziah Delaney, long believed to be dead, returning home to London from Africa in 1814 to inherit his late father’s shipping empire. All is not what it seems, however, as Delaney encounters numerous enemys intent on making his life back in the United Kingdom difficult.

Taboo will air on BBC First (and Showcase after the premiere on Game of Thrones) in Australia, Monday the 17th July. Before Australia gets a taste of what the wonderfully bizarre and seedy Taboo has to offer, I got to speak with writer Steve Knight on collaborating with the Hardys (Co-Creators Tom Hardy and Father Chips Hardy) on the project, a second series, and what Steve has in store for us in the near future.

Congratulations on adding another amazing show on your roster with Taboo. It is now fairly certain that most outside of Australia have seen Taboo and it’s safe to say it was a success. We will definitely be seeing a second season next year is that right?

Yes, that’s I am working on that while I’m doing what I’m doing here as well. We will be up and running next year!

You have some serious talent on board for Taboo. How does one pull a cast and crew such as Ridley Scott, Tom Hardy and his Dad Chips Hardy, Jonathan Pryce, Oona Chaplin? Was it the success of Peaky Blinders that made it much easier, or was it the name Hardy? 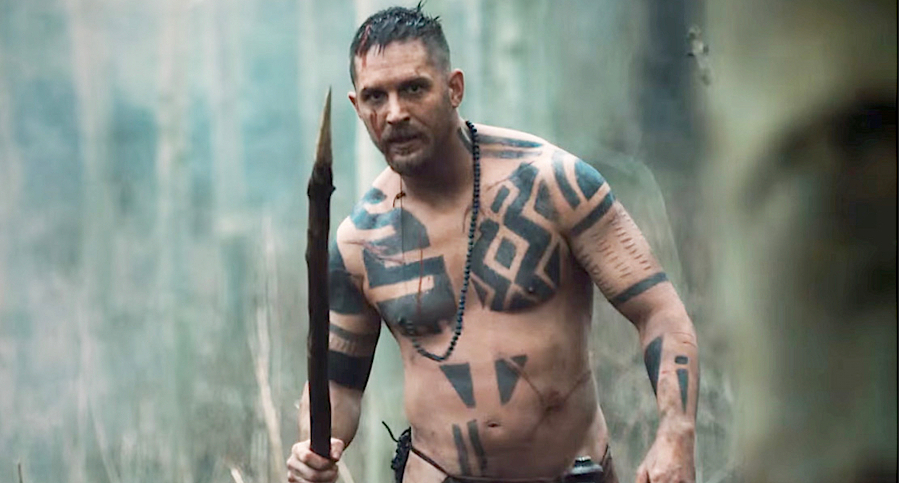 It is a bit of everything, I mean the name of Hardy is obviously huge and it helped to have done this before with Peaky (Peaky Blinders). What tends to happen is these projects seem to find their cast, I don’t know how it happens it is quite a mysterious thing, you just get a call from someone and think ‘How did they know? How have they read the script?’ but they say they did! So yeah, it was great to have so many talented people that were attracted to it.

You have of course been a Director a few times before, so with Taboo, not being a Director is a choice you made yourself as the creator and writer. All the episodes are Directed by Kristoffer Nyholm and Anders Engstrom, were you just happy to sit back and watch your creation come to life?

Absolutely! You do really, sort of have to make a choice. Part of it is time, because to direct even four episodes of a TV series is a huge, huge chunk of time and it’s difficult to do. And also, quite frankly, I think that the two directors we got did a far better job than I ever would have done. The mood is so amazing, the colours are beautiful, they brought that Scandinavian sensibility to London and it works.

*Laughs* That is quite a good idea, there are a lot of stories there. Yeah, it’s not a deliberate regression. I am interested in history of all sorts, American, British, all kinds. What I’d like to do as well as reading history books is to try and interpret history through real people, who they were and what they did and I always find that if you look into a real person who did real things, you find it is so extraordinary, what was really going on that history forgets to tell us about. That for me is the motivation for going to these different time periods.

Can you explain some of the major differences between creating and writing Taboo and Peaky Blinders. Were either of them more difficult than the last in terms of creating the themes and getting things historically accurate?

With Peaky, a lot of reason for doing it was that, when I was a kid my parent told me stories about the Peaky Blinders and they grew up in small east of Birmingham and that my Dad’s Uncles were Peaky Blinders, so I had various stories in my head. What I wanted to do with that was to mythologise that period of history, that the British people don’t normally do.

With Taboo, obviously it’s not a personal story, but again I wanted to figure out and find people who were really there. Obviously, James Delaney is fictional, but for example, the American spy character who is met later on is based on a real person who was an American spy, a surgeon and he was Britain’s leading authority on how to dye cotton different colours. So, in fiction you wouldn’t dare create that character, but in reality there he is. I try and take those characters and put them in. Some people think certain things could never happen, but of course reality is more bizarre than you could ever invent.

Did you ever get the time to visit the sets of Taboo while they were filming?

Yeah, I visited if requested and to see how things were coming along but, I think it’s important that if you’re not directing there is no point turning up every few days. You’re either there or you’re not! It was in the most capable of hands with Ridley and Co.

You have worked with Tom Hardy for a while now over all these years, on your film Locke and Peaky Blinders and now Taboo? Watching him grow into this global sensation, are you both pretty close now?

Socially we’re not no, which worked very well anyway because when we work together it can be a very practical relationship, but it’s great because if I know that Tom Hardy is going to be in a role, I can trust that he is going to do certain things and interpret certain things really well, it’s a real luxury and as long as he is happy to do my work then I hope it continues.

Is there anything you can tell us about the current status of World War Z 2 and where it’s heading at this point?

I don’t know, I did my bit, I mean there is lots of different ways of writing and different ways of things getting made. This is a great big studio piece and I wrote the first draft and I believe a new director is on board and he will have a draft of what I’ve written. And then there will be a third and a fourth, it goes through this process with the director and different writers, so yeah, I have no real news.

Some other huge projects you have on the way are Serenity with Matthew McConaughey and Anne Hathaway and the long awaited sequel to The Girl with a Dragon Tattoo, The Girl in The Spider’s Web, how do you work all this into your life? What it is you do on your down time? What does the creator of such huge hits do for a hobby and to take a breather?

I don’t really have a lot (of down time), but fishing funnily enough because Serenity is about Fisherman so, for me the ultimate relaxation is to go out on a boat and catch fish.

I honestly don’t see a lot of TV, the TV I do get to see is kid’s television, my kids dominate the TV and it’s the only TV in the house. As for movies, I wouldn’t claim to be an expert on film either. I also try not to get into that thing in the movie business where one movie is referenced for another movie. I don’t like doing it and I try, where possible, not to!

I have to tell others who are not aware, but you were one of three creators for the ongoing TV Game show Who Wants to Be a Millionaire?. You must be proud to have a game show you created go global and become mainstream in so many different countries, ours is with Eddie McGuire here in Australia.

Yeah it was an amazing ride. In those days, as well as writing other stuff, you used to come up with game show formats and me and the other two came up with Millionaire and it went insane! We did well.

Taboo will air Monday 17th July on Foxtel’s BBC First and on Showcase Following the Primetime Premiere of Game of Thrones Season 7!