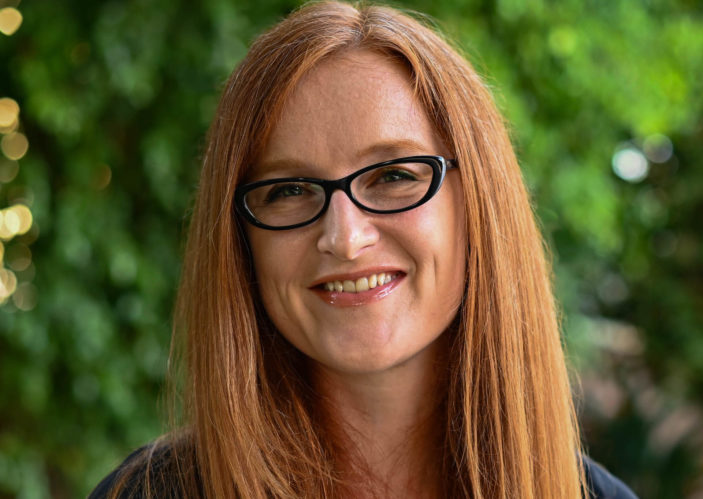 To coincide with the trailer launch of Spirit Untamed, the latest from Dreamworks Studios telling of the epic adventure of a headstrong girl and the wild horse she shares a kindred spirit with, Peter Gray chatted with the film’s director, Elaine Bogan, detailing her experience as a first-time feature director, her background in animation, and how it was to make a film such as this during a lockdown.

Elaine, congratulations on your first feature film with Spirit Untamed.  I know you’ve worked primarily in television as a director, how was it taking on a full-length film? Can you ever be too prepared?

No (laughs), I think the experience I had throughout all my years in television were definitely invaluable regarding feature directing up to this point.  It was scary to think of when approaching this film, but there’s a twist inside of me that can’t say no to an opportunity.  I had to jump in, plus I’ve also been an equestrian since I was 9 years old, and this was the first project that came around that had horses in it, so I couldn’t pass that opportunity up.  It was the perfect way to utilise all that juicy life experience and that deeper understanding of what it means to have that horse-human bond.

Had you been circling many film projects prior to Spirit Untamed?

It’s really funny and strange how the timing worked out.  It was literally within weeks of me deciding it was time for a change, to head back to feature (films) that this project came up on the table.  There were a couple of others at the time, but this one really spoke to me because of the cast of characters being centred around a really strong group of kick-butt, young women just being heroes.  It felt really personal.

It’s not what I would call a sequel to either the first film or the TV series.  Making the film we thought of it more as a standalone, next iteration, or a Spirit for the new generation.  Even our horse in this movie isn’t the same horse that existed in the first film.  The TV series kind of transformed him into the original Spirit’s grandson, so he’s of the same lineage, just of a new generation.

How did you start in animation?

Oh yeah, well…”When I was four…” (laughs), no, I remember just drawing and writing little stories, and just watching anything animated since I can remember.  I grew up in an artistic family.  My father is an artist, my brother is actually an animator, so it was always in-house.  I was always encouraged and very supported so I started taking art classes pretty young, and then went on to college courses that centred around film, art, photography, writing…and then eventually I ended up in college for 2D classical animation.  From there is how I got invited into a program to be a storyboard artist for Dreamworks, and I’ve never left.

Given the fact you have 2D animated experience, was there ever the discussion of making this film more traditionally animated?

I think at this time for Dreamworks it wasn’t something they necessarily thought a lot about going back to.  The industry right now is one that is really quickly evolving, constantly changing, and bringing in new technology and ways of doing things.  I think every new project becomes an iteration of whatever technology is around.  It’s kind of fascinating in that way. 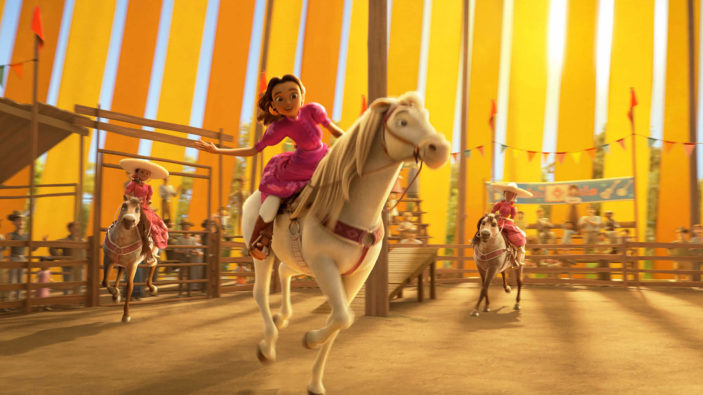 There’s such an amazing voice cast here (Jake Gyllenhaal, Julianne Moore, Walton Goggins, Isabela Merced), how long ago was that done?  It always fascinates me how lengthy a process animated films are.

It feels like 10 years, but in all honesty our project was only allowed 2 years in relation to a lot of other animated films, which are usually anywhere between 3 and 5 years.  We were on a pretty tight schedule, but we did bring our actors in about a year ago.  Working with them throughout the process was really cool because it meant they were allowed a lot of input and ideas to add to their characters.  Some animated films don’t get that feedback from the actors.

Are you there for the recording process?

Yes.  In a normal situation we’d be there right with them, but because of lockdown we’d be doing it over Skype calls and watching the actor in their environment, giving them feedback over video call.

Will film be a primary focus now or will you work between film and television?

It’s so hard to imagine what’s going to be going on with the world and my life in general.  Right now, we’re just neck-deep in finishing Spirit.  But one of the coolest parts about animation is the medium itself is evolving into whatever format you want.  It could be a feature, it could be a series, it could be a mini series, it could be a short…there’s so many avenues to go down now.  Long story short, i’m not sure.

Is there a particular process that you go through personally when looking at what projects you want to do?

Absolutely.  When looking at a potential new project I comb through it to find as many themes or storylines or characters that I can deeply relate to on some level.  Can I put myself in that story and think “That feels real to me”, or connect to this character because I know someone like that in real life.  For me, it’s drawing on that experience and creating something that feels believable for the audience.

Here in Australia we are so lucky that cinemas have been open for as long as they have, and I know that over there (in the United States) the plan is for a cinema release.  Has there ever been any discussion about it going to streaming?

Big studios like Dreamworks are always prepared.  I feel like they probably have a million discussions going on behind closed doors.  But, for now, the plan is to definitely release it in theatres, and hopefully that happens at a time, everywhere, that people are excited to get back out there and get back to normal.  Hopefully this movie is seen as a bright, uplifting adventure that makes people want to go out and have adventures of their own.

Spirit Untamed is expected in cinemas from May 2021.