Interview: Ruby Rose and Tom Hopper for SAS: Red Notice, the comforts of the action genre and their character’s morality 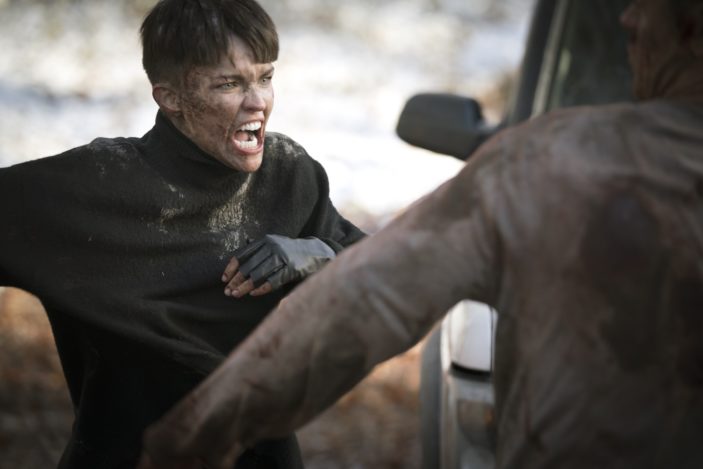 Arriving March 16th in the US on demand and digital, SAS: Red Notice (read our review here) is a slick actioner led by Australian actress Ruby Rose.  In the lead-up to the film’s debut, Peter Gray chatted with Rose and her co-star, Black Sails actor Tom Hopper, about the comforts of the action genre and the questionable morality of their characters.

Ruby, I spoke to you a few years ago at the Pitch Perfect 3 junket and you mentioned how you enjoyed the reprieve from the action genre at that time.  You’re back in the action now, what is it about the genre that you enjoy so much?

I love the physicality.  I’m a very physical person, but that’s why I loved Pitch too, because I got to play the guitar and sing and move differently, and I enjoy comedy. But I love action, and with SAS I really loved the psychology behind it.  The psychopathy, learning about psychopaths…it was something I’d never experienced before.  I got to work with people who could tell me these crazy stories and explain the functionality of how psychopaths can be married and have successful careers in the military.  This guy (Andy McNab) wrote books about it, and now a film, so it was such an experience to be able to sit down with him and learn.

I was gonna ask that, were you familiar with Andy McNab’s work before signing on?

I wasn’t at all.  I found out about the script and the character (Grace), so when I received the hard copy of the script it came with “The Good Psychopath’s Guide to Success” from Andy McNab and a whole bunch of material that he sent…which would’ve taken months to read!  It was really interesting though cause I didn’t know how many people had a level of psychopathy to them, and yet they’re brilliant as surgeons, lawyers, often in the military, and they have wives and children…they have lives.  And we have this wrong judgement of what it is to be a psychopath.

Coming off something like Batwoman where you were the hero, there’s obviously some enjoyment in playing the villain here.  You play it well, which is meant to be taken as a compliment, because she’s quite terrifying at times…

Thank you, I think.  A reporter asked me what it was like to play a character with no redeeming qualities and I took that quite offensively because I thought she has redeeming qualities.  I’m seeing her through the eyes of a psychopath, where she’s doing the work she’s paid to be done.  Some of the choices she makes are the right choices for what she’s doing…I question throughout the film who is good and who is bad.  But I’m glad that she’s terrifying, because she should be. 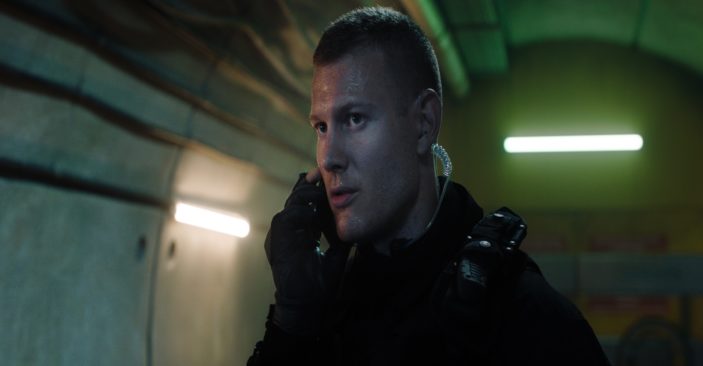 And Tom, there are surprises where certain character arcs go in the film, yours included, without giving away too much how did you react to the script when you first read it?

With the characteristic you’re talking about, that’s what really drew me in with the script, this moral struggle that he goes through.  Ultimately he has a job to do, he’s very professional as a soldier, but after speaking to Andy (McNab) I realise that there’s this thing that so many soldiers go through where they want to go into a more private sector and they’ve never seen these two worlds together.  He has his friendships and what he wants to do professionally and he just never thought he had to do what he has to.  That moral struggle is the magic in this character for me.

Were you at all familiar with Andy’s work?

My dad had read all of the books, so growing up I had heard him say he was reading “this great Andy McNab book”…I had read about the documentations of the missions he had gone on, but the novels were more my dad’s area so when this came up he told me I had to read it.  I was familiar with the name, but it was just so great to get to know him personally and learning from him, and learning about the missions and what goes on politically behind the scenes.

A lot of your scenes are with Andy Serkis.  How was it sparring with him?

Andy is great! He’s one of the nicest guys on the planet, and when he turns it on for a scene he’s just got this switch that just ignites.

It would seem that 2021 is a very action-heavy year for you.  You have Resident Evil and The Hitman’s Bodyguard’s Wife..is there something comforting in the genre for you?

I’ve always loved action.  It was one of the reasons I wanted to become an actor, to be an action star.  I love looking at the morality of a character within the action or the comedic element, and I think it’s not specifically about the action itself and more what comes with it.

SAS: Red Notice is available on digital and demand in North America from March 16th, 2021.