Interview: Last Night In Soho‘s Thomasin McKenzie on collaborating with Edgar Wright, researching horror, and who she’d like to work with next 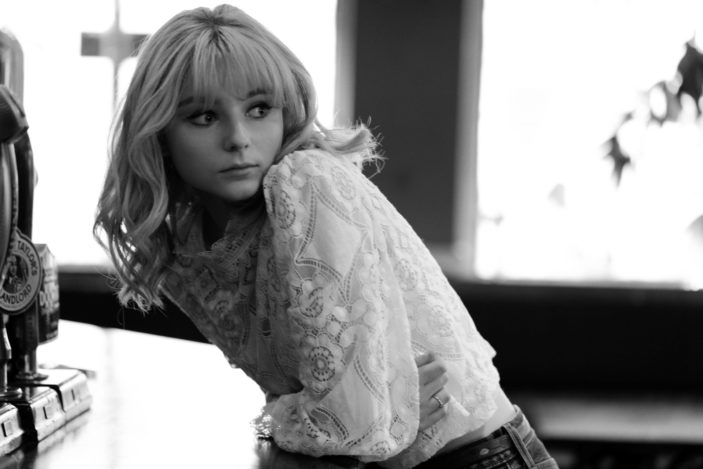 At just 21 years of age, New Zealand-born actress Thomasin McKenzie has amassed quite the career since her 2012 debut.  In the last few years alone she has worked with the likes of Taika Waititi (on the acclaimed Jojo Rabbit), M. Night Shyamalan (on his recent hit Old) and Jane Campion (The Power of the Dog), but now she’s stepping away from the supporting roles and rightfully into the lead spotlight, emerging front and centre for Edgar Wright’s trippy psychological thriller Last Night In Soho.

As the film heads to Australian cinemas this week (you can read our review here), our Peter Gray got to chat with the actress about the intricacies and difficulties of shooting, what horror-centric research she did to prepare for the role, and who she’d love to work with next.

I made quite a point to avoid a lot of the promo and trailers for this film, because I suspected this wasn’t going to be a straight-down-the-line narrative.  When you receive a script like Last Night In Soho, what’s your reaction?

You’re right, it’s pretty out there, it’s pretty crazy.  A lot happens! My reaction was just one of excitement to take on a role like this, to take a story like this on.  It was very challenging.  It demanded a lot of me emotionally and physically.  Lots of sprinting and screaming… it was a rollercoaster.  But also just excitement (too) to work with Edgar (Wright) and the whole cast.

You can correct me if I’m wrong, but as an actress navigating a blossoming career from New Zealand, I imagine there’s some parallels you can relate to in (your character) Ellie’s own struggles and determination.  Was that something you tapped into?

Yeah, definitely  That was something I picked up on reading the script.  I think at the beginning Ellie’s and my journey were quite similar.  Ellie lives with her grandmother, and grew up in a small town in Cornwall, I grew up in Wellington, New Zealand, and live with my grandma… so our beginnings are very similar.  Then going off to the big city with big hopes and aspirations, maybe a bit naïve and wide-eyed, not knowing what (we’re) going to get ourselves into.  I think Ellie learned a lot on her journey, and I think I have too.

I had the pleasure of chatting to Edgar Wright a few months ago, and it almost seems redundant to ask how it was working with him, but how was the process leading up to this film? Did he instruct you to watch any particular films to help assist in that psychological thriller mentality he was going for?

He gave me a great list of films to make my way through.  There were about fifty psychological thrillers and horror films.  Started with Don’t Look Now, Repulsion, Rosemary’s Baby, and An American Werewolf in London.  There was a lot.  Theatre of Blood, which (co-star) Diana (Rigg) actually starred in! I found that incredibly disturbing.  He was very generous with the material he made available to me.  He lent me a book called “Ready, Steady, Go”, which is about a lot of the icons from the 1960’s, a lot of the music too.  (The book featured) Terrence Stamp and Diana Rigg, who I worked with in the film, so it was insane to read about them and then work with them (laughs).  He was very generous with the resources he made available. 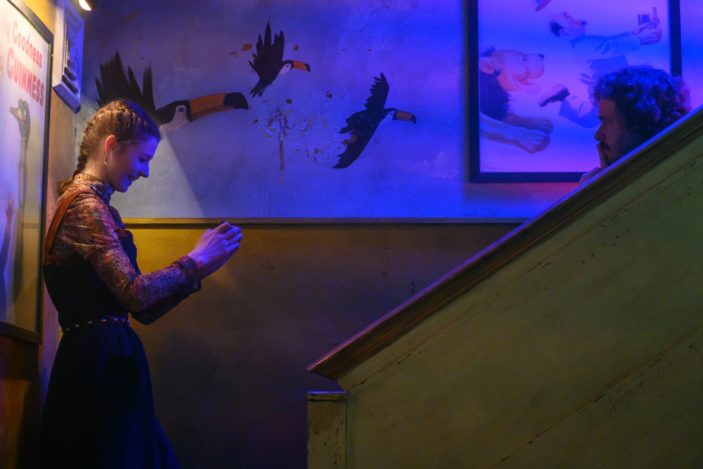 The film is so specific in the way it times itself with music.  How was that to navigate on set?  I saw a behind-the-scenes video that absolutely blew my mind regarding the dancing sequence between yourself, Matt Smith and Anya-Taylor Joy.  I couldn’t believe it wasn’t editing, it was done live.  That’s insane!

(Laughs) I’m so happy people appreciate that scene.  It was a challenge, for sure.  I’m not a dancer (so) it took a while for me to get to a point where it looked semi-okay.  It was very complicated weaving in and out, up and down, ducking out of shots… but it was a lot of fun.  It was probably my favourite scene that we filmed.  It was so joyful when we finally got the take.  Sorry, I just completely blanked on the rest of the question (laughs).

That’s okay.  As you said it is such a joyful film in some aspects, but it does pivot in a certain manner.  I won’t give anything away, but how was it in navigating that mindset.

Very well done (laughs).  I think that’s what makes people empathise with Ellie.  You can see she has inner demons.  You can see she just wants desperately to do her grandma proud.  To prove herself.  To go to London and study fashion for her mum, who passed away when she was younger, so to see her come from that place, to see that hope, and then to see her get into that black hole, it was a hard thing to watch and to film.  But my performance was aided a lot by the hair and the make-up and the costume, cause they really made clear that descent into madness.

And the film is such a beautiful swan song for Diana Rigg.  How was it working with her?

Wonderful.  She kept so much integrity and strength (throughout her career).  During rehearsals we wouldn’t really rehearse (laughs), she’d pull up funny videos she found on YouTube and we’d crowd around her and laugh with her.  She brought a lot of joy to set.  She’d bring chocolates to set too, which everyone was grateful for to get that extra bit of sugar to keep us going.  It was really wonderful working with her.  This whole film is very much in honour of her.

You’ve worked with Edgar Wright.  You’ve worked with M. Night Shyamalan, Taika Waititi, Jane Campion… all these people that are on most people’s dream list of directors.  Is there anyone specific that you’d like to work with moving forward?

I really need to start writing my answers down (laughs).  I blank whenever I am asked this.  I just screw myself over.  Can I say an actress?

Last Night In Soho is screening in Australian theatres from November 18th, 2021.