Interview: Kat Graham on her intense role in ensemble thriller Collide; “It is therapeutic to see a character fight back” 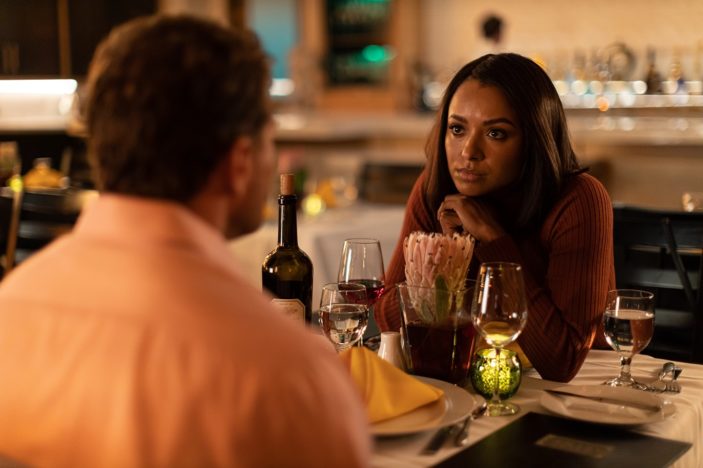 Chronicling three couples over the course of one fateful night in an LA restaurant, Collide is a gripping new thriller from writer/director Mukunda Michael Dewil.

Ahead of the film’s On Demand release in the United States, Peter Gray spoke with one of the film’s stars, actress and singer Kat Graham, about her intense turn as a captivating woman whose blind date houses sinister motives, that feeling of plotting revenge of those that have wronged us, and working with Ryan Phillippe.

Before I get to Collide I am just going to briefly fan-boy out and say (your song) “Put Your Graffiti On Me” is still a banger of a song! Ahead of its time.

Thank you. I have had so much fun with music, especially recently, and that was a record that I didn’t realise was going to be one that got as big as it did.  Thank God I had started in the LGBTQ scene, because it was really my peeps that just blew that record up, so I’m really grateful.  It was a super fun record.

With the film though, I felt like I knew where it was going, but then your storyline adds this whole other dynamic, both the physical danger of that and the emotional investment of your character.  I can only imagine when first reading the script how much of a surprise that was for your particular storyline.

Yeah, I was taken for a loop too when I was reading it.  I didn’t know what was going to come of it, if anyone was going to make it alive.  It was just one of those reads.  But I feel like we’ve all felt discriminated against, and what would you do if you got to get back at your bullies.  What if we got the ultimate revenge? What would that look like?  This character actually goes for it and does it, and it’s all incredibly thought out and calculated.  I think we all have that fantasy of what that would feel like, and I think every single person has felt that way.

Do you think you personally could ever go that far? (Laughs)

(Laughs) Well, I work for the UN so I am Switzerland over here.  Everyone’s great, everyone’s awesome, I love everyone (laughs).  Nothing bad would ever come out of my mouth.  If I wasn’t?!? (Laughs)…I try and practice forgiveness and that is something that I did learn from this film.

I think one of the great things about this story is that it’s showing the physical manifestation of what that is to hold on to that much hate and resentment.  I’ve gone through some hardships recently that I know I need to let go of, because this film was almost therapeutic in a way to show how unhealthy it can be.

Yeah, you don’t want to end up like my character (laughs)

Ending up on a blind date with Ryan Phillippe though…

I know! I thought “this doesn’t seem so bad”, but then like “Oh wait, I’m trying to kill him.”  But I think we all have that thing we are holding onto.  Whether it’s with our parents, an ex-boss, or an ex-lover, or even children, we have these relationships where we have been dismissed or wronged and that person never got what’s coming to them.  Everyone has felt that way.  But if you hold onto something it can potentially destroy your life and make you make choices that are not for your best interest.  You put all that energy on what they did to instead of what you need to let go of. 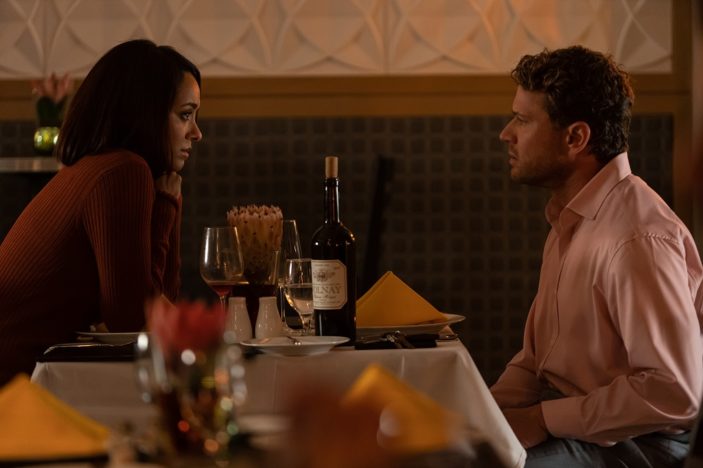 As we said, not the worst thing to be stuck on a blind date with Ryan Phillippe.  How was he to work with, because it is primarily just the two of you.  Did you get to interact much with the rest of the cast?

Drea (de Matteo) I got to work with for a little bit.  I haven’t had the privilege of meeting Jim Gaffigan, but I met some of the actors in the scenes where our characters would cross and intersect and the camera would then pick them up, which was cool.  But everything was pretty fast paced when we were shooting this.  I just learned that Ryan was an absolute pro, an acting beast, a super present dad.  You learn these little nuggets when you work with people for a little amount of time.  I feel like I worked with a really great person.  He was really solid and he helped me out a lot.

As you mentioned this was quite a quick paced shoot, so was it done during COVID?

Let me think…we shot it November of last year (2021), but it felt like COVID because everyone was still wearing masks and getting tested regularly, so it did feel like we were in the middle of it.  People were trying to social distance.  It was tricky.

Because this is an ensemble cast, and you have Aisha Dee in there, who’s one of our own…

I know! What a great Aussie you guys got!

Any Aussie lingo learnt on set?

I know a pretty good amount of Aussie lingo from my friend Laura, and I’ve worked with some Aussies when I was on TVD (The Vampire Diaries), like Claire Holt and Phoebe Tonkin, so I’ve been around y’all for a bit.  (Aisha) was pretty awesome.  I haven’t met an Aussie I didn’t like.  Everyone has been cool and funny and grounded, and she definitely brought in a lot of good energy in between these super tense moments.  She would come in with the good vibes, and they were much needed because they were high-strung stakes, some of these scenes.

Do you get to disconnect much from your character’s mentality whilst filming? Given how tense these scenes are.

Not while we’re filming.  We were going back-to-back, from one scene to another.  I was Type-A all the way.  When I would go back to my hotel I would just eat a bunch of food and veg out and let it go, but during the actual filming I was pretty (stares intensely) (laughs).

The monologues you had at times were very intense.  I have to take my hat off to you with this performance because it was so beautiful yet fierce, and it was a real pleasure to watch the varying shades you brought here.

Thank you, I really appreciate that.  This was the hardest film emotionally and in terms of dialogue that I’ve ever done in my career.  I’d like to say “Oh, it was easy and it was a breeze and I can do these characters in my sleep”, but it took a lot of work.  Every day I’d be coaching on these scenes for hours and then I’d shoot them for hours.  I’d go home and re-memorise them and start again.  I don’t want to say it was easy, but I’m so glad you connected with it and watched it and enjoyed it.  If anyone in your life has been marginalised or dismissed because of who they are, and I know I’m speaking to a few people here, it is therapeutic to see a character fight back.

Collide is available On Digital and On Demand in the United States from August 12th, 2022.  An Australian release is yet to be determined.