Interview: Jessica Chastain and Eddie Redmayne on The Good Nurse; “He’s America’s most prolific serial killer, and you’ve never heard of him” 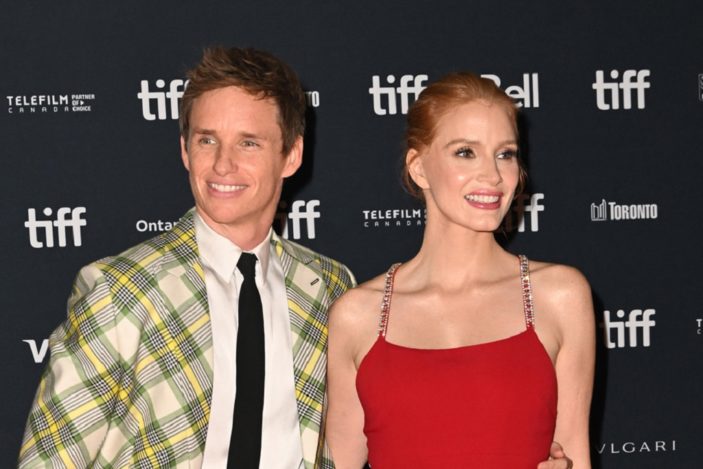 Based on an incredible true story centred in the world of hospitals and health care, about how one woman’s growing suspicion of her co-worker led to America’s most prolific serial killer being brought to justice after 16 years of quietly killing patients across the US, The Good Nurse is a chilling true crime story that proves fact is always stranger than fiction.

As the thriller prepares to stream on Netflix, Peter Gray spoke with stars Jessica Chastain and Eddie Redmayne, director Tobias Lindholm, screenwriter Krysty Wilson-Cairns, and the real-life good nurse who uncovered it all, Amy Loughren, at the film’s premiere at TIFF to hear about what drew them all to collaborate on this project

Casting is key, and you have two of the best working actors out there in Jessica Chastain and Eddie Redmayne.  How difficult was it to secure such talent?

Tobias Lindholm: They were my first picks.  I think my luck was that they were friends, and they finally wanted to do a project together, and I was just there at the right time.  Not only are they, in my mind, the best technical actors of their generation, but they’re also extremely nice human beings.  It was a joy and I feel blessed to be with them.

Obviously Amy is an incredible person, but was there anything specifically about her that you gravitated towards in knowing you had to portray her, Jessica?

Jessica Chastain: To me I found it quite inspiring.  Amy is a single mother raising two children, and one of the first things she said to me was that she worked as a night nurse, so that she could spend time with her children during the day.  They never really felt like they missed her.  She would work all night long, sleep for a few hours, and then take care of her children all throughout the day.  All the while she needed a heart transplant and being best friends with a serial killer (laughs).  Unknowingly.  She really is an incredible human being.  She put so much at risk to take care of others, and that’s a great lesson in empathy and what we can aspire to be as we take care of each other.

And Krysty, what was it about Amy’s story that made you want to adapt it for a screenplay?

Krysty Wilson-Cairns: When I first read the book (The Good Nurse: A True Story of Medicine, Madness, and Murder), obviously the fact it’s a true story is shocking.  He’s America’s most prolific serial killer, it happened in our lifetime, and you’ve never heard of him.  That obviously hooks you, and then I got to the chapters about Amy, and I thought to myself how you very rarely see a working class single mother who’s a fucking superhero, so, for me, I would do anything to write this story.  I fought very hard to get there.  I got the commission and I spent 10 years of my life working on it.

Did you write this script envisioning anyone in the role of Amy specifically?

Krysty Wilson-Cairns: When Tobias came on board that’s when we released our picks of ideal cast, and it was always Jessica.  I mean, who can bring humanity and frailty, but also this energy and strength and resilience? There’s very few actresses that can really land that.  It was always her, and Eddie was the choice from day one, so, as a writer with the two best actors working, it was a thrill.

You always hear the nicer the person, the easier it is to play evil.  Eddie, you must be the nicest guy out there…

Eddie Redmayne: That’s very kind.  I don’t know how to take that (laughs).  The thing about this particular man is, you know, on the outside he was extraordinarily empathetic and generous and kind, and that’s how he managed to con people for 10 years and move from hospital to hospital.  What’s interesting is about the making of this film is that it’s substantially more intense for Jessica for the vast majority of the film before (my character) Charlie’s disassociated character emerges.  Oddly, for a film that is dark and hopefully thrilling, it was actually a really joyful experience to make.  (Jessica’s) amazing.

With everything that people are saying, you’re a superhero!  How does it feel to see this film – your story – come to fruition? With Jessica Chastain playing you, no less.

Amy Loughren: You know what I love most? It’s that everyone is celebrating compassion.  The reason that Charles Cullen is leading from darkness and ended up behind bars because of compassion, I think that everyone can take away the fact that we need to be gentle with people that are struggling.  That’s what being a superhero is all about.  Jessica nails that.  She definitely celebrates my gentle side, and I’m so honoured.

The Good Nurse is streaming on Netflix from October 26th, 2022.