Interview: Jennifer Lopez, Owen Wilson and Maluma on Marry Me; “There are going to be so many people from Latin America that will feel attached to this movie” 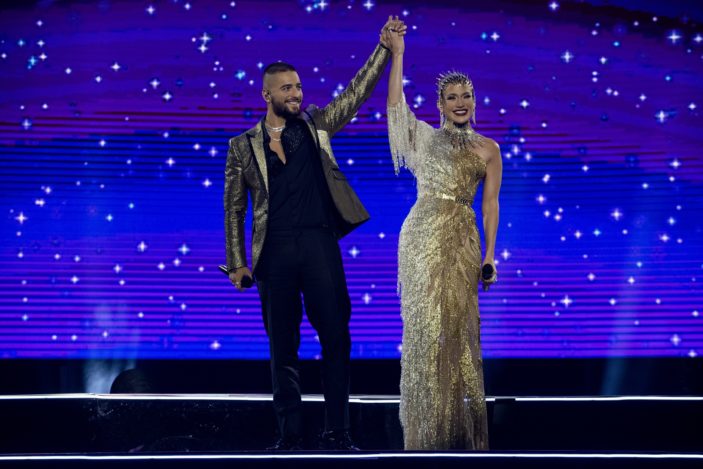 Releasing in Australian cinemas today – just in time for the Valentine’s season – Marry Me is the latest romantic comedy from Jennifer Lopez, with the global icon starring as a pop singer who suffers a public humiliation and, on a leap of faith, marries a stranger on an impulsive whim.  After saying “I Do” to Owen Wilson, the two learn about each other to see if their marriage will truly be more than just a publicity stunt.

Ahead of the film’s release (you can read our review here), Peter Gray was invited to a global press conference to hear Lopez, Wilson, and co-star Maluma, the Colombian singer making his feature film debut, discuss making the film and its soundtrack, and how they can relate to their characters.

Jennifer, in Marry Me you play Kat Valdez.  Who is she in your eyes and how does she change when she decides, on impulse, to marry a stranger?

Jennifer Lopez: To me, in my eyes, Kat Valdez is a very self assured recording artist, a veteran in the industry who has built herself into something that she’s proud of, but, in a way, because of her personal life, isn’t satisfied.  I think, for her, there’s a beautiful journey here once Owen (Wilson’s character) comes into her life and changes her perspective and ideas on being caught.  Sometimes you feel caught, trapped in this life, in this fame…this is all I do.  I really don’t get to have a life like everybody else.  I think what Owen’s character teaches her is that she can.

Music is a key element in the film.  Can you talk about the experience of making an album and a movie at the same time?

Jennifer Lopez: Yeah, that was a first for me.  Such a pleasure, it was like my two worlds coming together.  Making the album was great, they really allowed me the input as to where and when these musical moments would be for this character.  They really looked to me as to where they could make this feel real.  Picking the music for the arc of the characters… there was no one who understood the character more than I did, and no one who understood what it is to be a musical artist within this movie, so picking the songs for the moments was such a pleasure to me.

Then to have Maluma fill in the blanks for his character, and he did such a great job with the two songs he had – “1 en 1 Millon” and “Segundo” – for the moments he introduces himself and when he’s asking for a second chance.  I always thought is “Segundo” too on the nose, but then when I heard the song and what he did with it, I was so pleased.  I felt that way about all of the songs, “Love of My Life”, “After Love”, “On My Way”, the title song, “Marry Me”, I just felt like we really found characters within those songs.

And Maluma how was that for you?

Maluma: I love singing, I love performing.  I’ve been doing this for almost 10 years (now) so I wanted to be a part of the soundtrack.  It wasn’t even about acting, I wanted to bring my Latino culture because there are going to be so many people from Latin America that will feel attached to this movie.

Jennifer Lopez: I think there’s a lot of us in each other.  This wasn’t a role I had to research what it was like to be a famous recording artist who does branding and all of that.  I understand what that is already.  I think the difficult part was kind of the meta part, showing the idea of what it’s really like inside my bedroom when something goes wrong, when you suffer a heartbreak like this, in front of the whole world and the media goes to town on you.

Some of those scenes, even with me and Owen, he’s asking me “Don’t you just want to give up on the whole love thing?” (laughs), but it’s just that philosophy she has of if there’s a one in a billon chance (then it’s) worth it.  I think what she’s craving is that love and that home.  There were a lot of moments where I was able to bring a truth to the character. 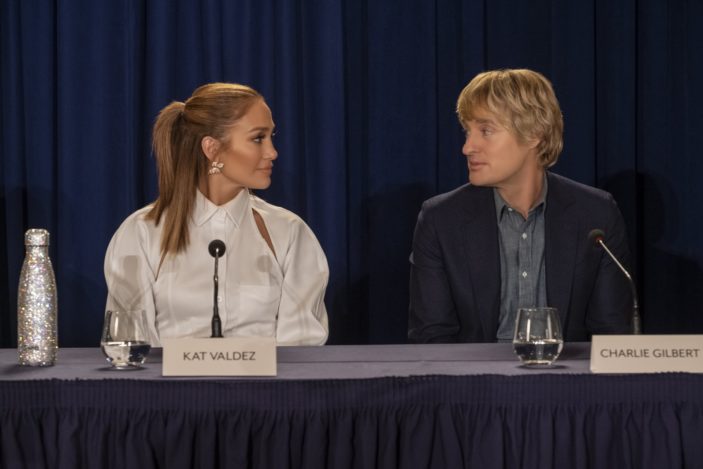 Owen and Maluma, you both have such amazing chemistry with Jennifer.  How was it working with her?

Maluma: I felt very comfortable. For being my first movie I was very nervous.  I didn’t know how everything worked, but when I was there with Jennifer she was just like “You’re gonna kill it!”

I just had to focus.  Also Owen, I remember the first scene I had to yell at him and say bad words, and at the end of the scene he told me that he really felt it, and that meant the world to me.  Working with Jennifer and the whole team was beautiful, it was organic.

Owen Wilson: Maluma, was that the scene where you say to me “You’re just a fan”…

Maluma: Yeah, “Who do you think you are? You’re just a fan!”… that was our first scene together.

Owen Wilson: I like seeing that scene cause I see it in the previews and it always makes me laugh because I say “No, I’m not a fan” and then you see Jen reacting like “What?”, and I say “Well, I am now”, and I think that scene kind of sums up the whole movie because they don’t stack the deck against any character.

You understand that everybody makes mistakes, and you can relate to Charlie too.  As for working with Jen, for me it was very relaxing.  She kind of assumed so many responsibilities that I could just sit back and not worry about anything (laughs).

Owen Wilson: You know, I didn’t study acting.  I was an English major but I always loved movies and I loved writing, so when my friend and I started writing a movie together believing that I could act in it.  It was more my friend’s belief that I could do it.  Growing up in Dallas if you said “Oh, I want to be in movies” I think people would have laughed at you.  I think that belief in thinking I could have a creative career is not a life most people lead.

Maluma: For me, it was when I quite soccer.  I used to play when I was 16 years old.  My whole family thought I was going to play professionally.  But I started writing my own songs because I loved music.  I just fell in love with it when I went to the studio for the first time.  That’s when I knew I was going to do this for the rest of my life.

Marry Me is screening in Australian theatres now.