Interview: George Clooney, Julia Roberts and the cast of Ticket To Paradise 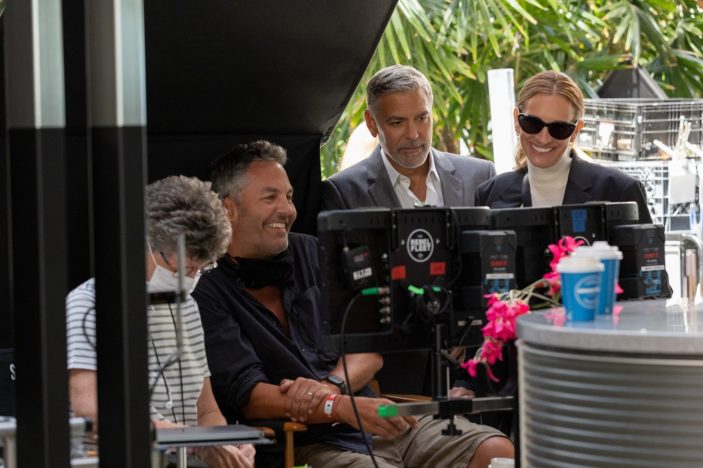 Putting together two of the biggest movie stars is always going to come with a certain electric dynamic.  When it’s George Clooney and Julia Roberts? Chaos!

And that’s meant in the best possible way.

Ahead of the release of their anticipated romantic comedy reunion Ticket To Paradise, where they play a duo of exes who find themselves on a shared mission to stop their lovestruck daughter from making the same mistake they once made on the eve of her destination wedding, Peter Gray was invited to the global press conference where, between lots of unbridled laughter, playful interruptions, and light ribbing, George and Julia, director Ol Parker, and fellow cast members Billie Lourd, Lucas Bravo and Maxime Bouttier spoke about working on the film in Australia and their relationships with comedy.

Ol, did you write this with George and Julia in mind?

Ol Parker: You’re entirely right.  I wouldn’t be sitting here (and) we wouldn’t have made the film if it wasn’t for them.  I’d still be writing letters saying “You don’t understand this needs to be you!” It was conceived for them and written for them.  I begged them to do it.  And they took mercy on me.

George Clooney: In fairness, he had some compromising photographs (laughs).

It is great to see you both on screen together again.  Julia, what was it for you that made you want to be a part of it?

Julia Roberts: Just the chance to be really snarky to George jumped out at me (laughs). Just to see him so pathetically in love with me.

Where did that friendship begin?

George Clooney: We met with Steven Soderbergh, and we sat on the floor of a hotel and made jokes for about five hours.  For us it’s always been fairly easy, you know? So when you get sent a script…I remember reading it and calling Julia and I said “It only works if you do it”, and she said the same thing, so luckily it worked out.  It was lucky nonsense.  But it’s fun to work with friends.  And Julia (laughs).

Lucas, as Paul, was there a lot of freedom for you to play with on the physical comedy side of things?

Lucas Bravo: I think the beauty of this character, first of all, is that it seems like Paul went through his entire life without any trauma.  He has this innocence and is so naïve.  Like, he’s a 14-year-old trapped in a 30-something body, so I could really go full on.  We were allowed to improvise and (Ol) gave me a lot of room to try things.  And then George and Julia helped me navigate that instinct, and we created some crazy scenes.

On the flip side of that, Maxime, your character, Gede, is really quite wise. Almost an old soul in the way he sees things with such honesty.  Would you agree?

Maxime Bouttier: Yeah.  I mean, he’s come from Bali. He’s a seaweed farmer.  I think that in itself…he’s very connected to the nature around him.  I mean, he’s prince charming. Isn’t he? (Laughs). 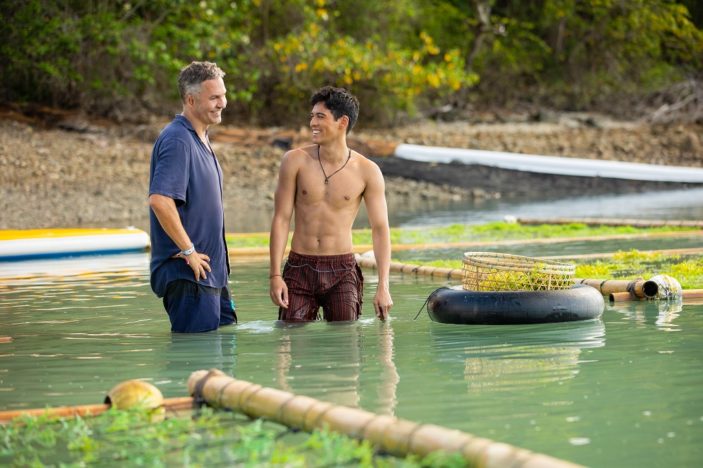 Billie, comedy is very much a genre that appears quite comfortable to you.  Do you find it comes quite naturally?

Billie Lourd: I grew up with the funniest woman of all time, my mom (Carrie Fisher), and so not being funny would just mean that I was not accepted in my family (laughs).  So me to be funny is to survive.

Billie Lourd: Tim Tams forever! (laughs).  It was one of the most incredible places I’ve ever been able to spend time in.  It (will be) a core memory.  I made my kid a little book of (being there), because he won’t remember (because) he’s a year old.  And I’m going to force him to remember, because it was incredible.  The jetlag, the teething, the breastfeeding, the quarantining.  But it was the most incredible few months of my life.

And you filmed during a time of restriction.  What was the reality on set?

Ol Parker: Before Christmas there was no COVID (so) it was great.  But then they opened the borders on the 24th December, and things got tricky after that.  I think (Australia) wasn’t necessarily ready for Omicron (as well).  It all got very chaotic.

George Clooney: I think it’s important to remember that what we got to do in this compared to what everyone else was going through is nothing.  The people of Australia, the citizens of Australia, really put their head down and got through this.  They really took a big sacrifice.  And had we in the United States done that we would have had 900,000 more people alive today.  So what they did was incredibly brave and very hard on their economy.  We had some inconveniences, but they went through a long, hard slog, so we feel very honoured to be around with people.

Ticket To Paradise is releasing in Australian theatres on September 15th, 2022.