Interview: Director Frank Marshall on the emotional journey of telling the story of The Bee Gees in How Can You Mend a Broken Heart

Frank Marshall is one of the film industry’s most prolific producers.  Having founded Amblin Entertainment in 1981 with Steven Spielberg and Kathleen Kennedy, he has been at the forefront of blockbuster studio making for the past four decades; Back to the Future, Jurassic Park, and The Bourne Identity just some of the franchises he’s contributed to.  As a director though he’s much more selective, and after a 14-year break – his last film was the Disney survival drama Eight Below – he has returned with the passion project How Can You Mend a Broken Heart, a documentary about the unmatched success and tragedy of The Bee Gees.

In the lead up to the film’s release, our own Peter Gray chatted with Marshall to discuss what specifically made him want to make this film, how much of a collaborative effort it was, and what was the most exciting discovery.

I’ll admit I knew very little about the Bee Gees.  Obviously being in Brisbane there’s something of a connection to them with them being Queensland locals for a period, but I was really quite taken with their story, their struggles, the almost unheard of success they had…how familiar were you with them prior?

I certainly knew their music.  I was doing a movie at Paramount back in the 70’s when Saturday Night Fever hit, so “Staying Alive” and songs like that that were in the movie I knew, but I didn’t know their journey, I didn’t know the ups and downs, the joys and the sadness.  Discovering that was pretty incredible for me.  I thought they were a bit superficial, but they’re incredibly deep and incredibly artistic.  The impact they’ve had on so many artists was something I discovered.  Everyone wanted to talk about them, and you see that with who we have in the movie

I was going to ask about that. You have involvement from Chris Martin, Nick Jonas, Justin Timberlake…how was it in reaching out to other musicians? Were there any others that didn’t make the final cut?

I had more than enough!  People like Justin Timberlake are very busy, but the minute his manager said it’s a documentary about The Bee Gees he was in! He moved his schedule (to do it).  Doing the interview I forgot that the camera was there so I kept leaning in to shot, and having the conversation I realised how much they influenced where he came from and what he was doing.  The musicality he recognised in their work was extraordinary.  It was the same thing with Noel Gallagher.  When he first heard them he asked “Who’s that?”…he was able to put the context to it of being brothers, of bringing that unique sound.  I wanted to tie in the music with the brothers.

I know it’s been a while between directing films.  What was it specifically about their story that made you want to make this?

It was very much a case of right place at the right time.  I come from a musical family.  My dad was a composer and a guitar player, and made records at Capitol Records.  I happened to be there talking to the director (of Capitol), this was about 4 years ago, and he had just bought the catalogue of The Bee Gees.  I thought “wow, there’s a story”.  He told me they were trying to reinvigorate the catalogue.  I think they’re incredibly under-appreciated.  I only do projects i’m passionate about and my driving force was the family aspect, creating music as a family.

What was the biggest challenge in making the film? 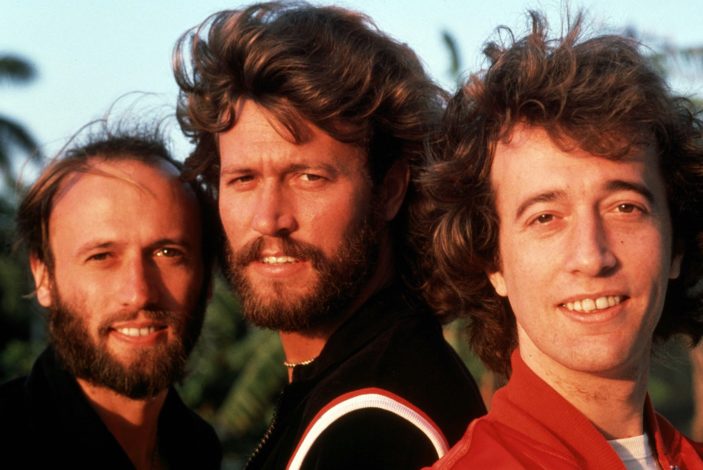 So it was obviously a very collaborative effort with Barry…

Very collaborative.  He was incredibly generous, humble, and reflective.  I think he’s at a point in his life where he’s able to look back and understand.  It was Eric Clapton who gave them the idea of going to Miami to reinvigorate their sound.  When he says that he thought they were an R&B band and that they should go to America…it’s about those little moments that take you one way or another, and that was so fascinating.

What would you say was the most surprising story that you uncovered whilst researching?

I think it was the Chateau.  I had heard rumours that they didn’t read the script (for Saturday Night Fever) but it turns out they didn’t read the script! Being so familiar with how the music for a movie comes about I was so fascinated with that.  First off, they went there because of a tax break – they could get out of paying taxes if they left Florida or something like that – and hearing that Elton (John) made this great album at this Chateau…let’s go to France. And then they got there and it was a dump!

Given that there was so much music to cover – they essentially transformed their sound depending on which era they were performing in, they had successful careers as songwriters, they are quite synonymous with disco – I think the film did a great job of balancing that with their personal stories, the more emotive stories. Barry saying he’d rather have them back than no hits at all was really quite heartbreaking.  Was it difficult to find that balance, or to edit down the material you had?

Making a doc is part interview, part editorial…where you’re constantly changing because any piece can go anywhere.  But it’s a human story.  Barry misses his brothers, and that was very obvious when I started talking to him.  All their childhood dreams came true, way beyond their wildest dreams really.  And if he could do it over again and have them back…I mean, that’s heartbreaking. There was a lot of joy and success but there was a lot of sadness and tragedy, so for me it was a bittersweet journey.  I wanted to celebrate their music, celebrate their legacy, who they were as performers and as people.  You see the love that’s there between them as siblings.

In the US the film will be streaming on HBO Max and we’re quite fortunate here in Aus to get this in cinemas, was there every any talk of it being a theatrical film in the US?

That’s how we started, as a feature film.  Month to month I kept crossing my fingers…in fact, even a week ago we were having a premiere on a rooftop at The Grove (in Los Angeles) screening on a screen cause i’m dying to see it on a big screen.  That’s why we make our movies, for it to be this group experience.  I’m so jealous that I can’t be there to experience it with you, but more power to you!

The Bee Gees: How Can You Mend a Broken Heart is screening in Australian theatres from December 3rd, 2020.  It will be available to stream internationally on HBO Max from December 12th.