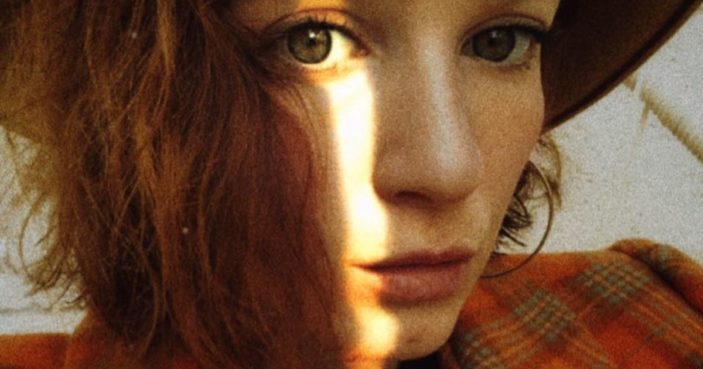 Premiering at this year’s SXSW Film Festival, Radical Honesty is a new short feature from director/photographer Bianca Poletti.  In the lead-up to the film’s premiere, our own Peter Gray spoke with her about the inspiration behind its unconventional take on relationships, her own personal attachment to the idea of non-monogamy, and which filmmakers she personally looks to for inspiration.

Congratulations on screening at SXSW.  It’s one of my favourite festivals because it really provides a platform for the widest array of films and filmmakers, and I think some of the best films I have seen there have been short films – yours now included.  What’s your relationship with the festival itself?

Oh, thank you.  Yeah, it’s my first time being here, so I am super excited.  I’ve had friends in the past have films there, but I didn’t really want to go until I had something of my own.  I’m really excited.  They’ve been great so far, super supportive, and I agree with you about their platform as it showcases so many different voices.  It’s not like a lot of the other festivals where the focus is deeper material or sad and tragic stories, South By plays a little bit more with humour, which I really love.

I had no idea what to expect when watching Radical Honesty.  Where did the idea originate?

Allison (Goldfarb) wrote the script so she came to me with the idea.  When she came to me with it it was a little different.  It was originally two people on a park bench having a conversation, but the dialogue stayed the same.  It’s really well written and super funny.  I just loved it.  I felt the characters were really interesting, it was current, how dating is now, and what conversations (around that) sound like.  I wanted to play with it immediately.  I love stories that have subtle, dark, awkward humour.

I’m of an age where I remember not having social media in relation to dating.  It being something not so integrated into that world.  It’s so built in to our psyches now.  What’s your relationship with dating apps and that form of connection?

It’s funny because I am a relationship person.  I’ve always just been in a relationship, so I’ve never been on a dating app.  I have many friends that have been on all the apps.  Raya, Tinder…and their stories are so amazing and hilarious.  That I find fascinating, even more so because I’m not in it.  I like seeing how people are connecting.  I find it endlessly fascinating.  I love all the shows that are about that type of stuff, like The Tinder Swindler? It’s amazing!

In Radical Honesty there is this respect when it comes to the unconventional forms of dating.  John Hein’s character is so truthful about being in an open relationship, but then less so when it comes to just how accepting his girlfriend is about him coming home with another woman.  Do you know if it was observational or personal anecdotes from Allison when it came to the script?

I know that Allison didn’t write it based on her life specifically, but did take inspiration from stories she had heard from friends and observations from those around her.  Similarly for me, I have friends in open relationships and I’ve observed from afar, but it’s not something I am completely in.  I am fascinated by that it can be so different for so many people.  Relationships and human connection are just different every time.  There isn’t one formula.

I understand the intention is to create a television series from this? How far ahead in the process is that?

We are just developing it now.  Working on outlines and things like that.  I’m really excited about it being revolved around dating and all the current things that can happen, and having it be more localised to a place like Los Angeles.  Playing with the differences of millennial culture and Gen Z culture and how dramatic that can get.

The chemistry between John and Allison was so incredibly organic, and I think that’s a testament to you as a director to capture such naturalism.  It really felt so voyeuristic too, so awkward.  How did all that come about?

Oh yay, I’m so glad you got that.  I love that awkward tension.  It really was inspired by White Lotus.  The dinner scenes they had, where it’s just non-stop and the camera is on them the whole time, and you can’t escape, and they can’t escape because it’s a public space…I love that.  Allison I had met (prior) because I had cast her in a music video that I directed, and we really just got along well.  We had similar aesthetics to what we like visually.  She wrote me a couple months later asking if I would be interested in directing (Radical Honesty).  Films take a lot of your time, so you really want to make sure you love it before you say yes to it.  I love the way she writes, and those two characters are so funny and current and everything I love to explore in my work, so I said yes.

Are there any filmmakers that you particularly look up to?  The colour pallet really reminded me of Paul Thomas Anderson…

Having just seen Licorice Pizza it reminded me a lot of that.

That’s awesome.  Yes, 100% PTA is my all-time favourite.  My parents are from Argentina but I grew up in California, in San Diego, in LA…and San Diego has this weird area where everything is kinda retro.  It has this 70’s type of inspiration, lots of vintage pieces.  A lot of PTA’s aesthetic is like that, and I’ve always been drawn to that.  PTA for sure! Licorice Pizza was amazing (laughs).  I’ve always loved the oner in Goodfellas through the kitchen and the restaurant, and the oner in Boogie Nights.  So that was the inspiration for the beginning of the film, leading into (Allison and John’s) conversation.  It’s such a long time to be on two people without some sort of push or entrance into their world.

Radical Honesty is screening as part of this year’s SXSW Film Festival, which is being presented in-person and virtually between March 11th and 20th, 2022.  For more information head to the official SXSW website.