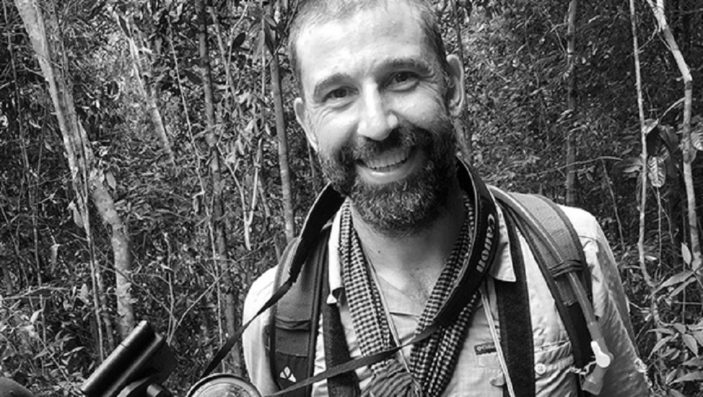 Director Karl Malakunus is a filmmaker and journalist who has been based in Asia, covering environmental issues, conflict, natural disasters and political upheavals, for two decades. Karl is the Asia-Pacific Deputy-Editor-In-Chief for Agence France-Presse based in Hong Kong.  He is a Sundance Institute Documentary Film Program Fellow and a recipient of the SFFILM Vulcan Productions Environmental Fellowship. After living in the Philippines for eight years while working as Manila Bureau Chief for AFP, Karl has drawn on his experiences, contacts and deep inside knowledge of the country to make Delikado, his first feature film.

Nominated for Best Documentary Film at this year’s APSA’s (the Asia Pacific Screen Awards), as well as shortlisted for a Walkley Award, which recognises and rewards excellence in journalism, Delikado will screen at this year’s APSA’s on Friday November 11th on the Gold Coast at the Home of the Arts (HOTA).  Ahead of the screening, Peter Gray spoke with Karl about his transition from journalism to documentary filmmaking, how he crafted this incredible tale of defending the Philippines’ last ecolological frontier, and the awareness he hopes to raise with this film.

I understand the original intention was to do an eco-tourism story on Palawan, in the Philippines, and then your contact for that story was killed, which changed the trajectory of the story.  How was that then preparing for such a different avenue?

I went down immediately after he was murdered.  The intent wasn’t to make a film.  It was just to be a piece of journalism for the media outlet that I worked for.  So, I wrote an 800 word article (but) at that point wasn’t thinking it was going to be a documentary.  It was in that research for the article that I wrote about Bobby Chan, this guy who had created this tree out of chainsaws and had a sign about stopping illegal logging.  I wrote about him, and I thought how interesting he was (and) that he was doing something pretty special.  I just kept him in the back of my head, and that’s how it developed.

When you’re there in Palawan, are you immersing yourself in that environment? Eating like them or walking barefoot? How was that experience?

(Laughs) I could never go barefoot in the forest (like them).  Their feet are like leather! I was wearing hiking shoes, and I wore those out in a matter of weeks in those conditions.  Our shoes are no match for their bare feet.  We slept in the forest (though), slept on the side of the road, and slept in the village halls…it was one of the great joys and privileges of the film to actually be with them.

And because you’re not just investigating this story, but you’re living like them under such different conditions, were you ever scared for your safety?

Mostly scared that anything we do could change the calculus or the balance for the people that work with me.  That was always the biggest concern, and remains the biggest concern; their safety and their security.  One element of the filming was that I spent a lot of time following a certain character, and we stopped filming that person and that story (because) of the threat for safety and security reasons.  Throughout there was that worry that whatever we bring in wasn’t going to make things worse.

As you mentioned Bobby Chan earlier.  He emerges out of this film as an important figure.  He’s such a charismatic person too.  Can you talk more about him and his involvement?

When it was supposed to be this tourist paradise, eco-tourism piece, I didn’t know much beyond that at all.  When I went down there (to Palawan) everyone was telling me how there’s a war going on.  For tourists it’s a paradise, but these people on the ground are trying to stop the destruction of their forests and the dynamite fishing of their corals.  People are getting murdered.  And it’s been like that for a long time.  There were so many people facing this scene across the island, and one of them was Bobby Chan.  Everyone I met was just driven by this strength and courage, and Bobby is equal among them.

The difference is that Bobby has this great personality and he speaks English naturally, and he’s incredibly charismatic.  He’s bold and brash and abrasive, and I discovered all that early on (but) it took a number of years to really take further steps.  I went down there the following year to do more research, and then was just absolutely smashed on reporting on the drug war, and then there was this super typhoon that was the strongest to ever make landfall in the world, killing seven and a half thousand people.  There was a lot of work, and being in journalism for so many years, I came back to the film to get into all of it (and) the first person I went to was Bobby. 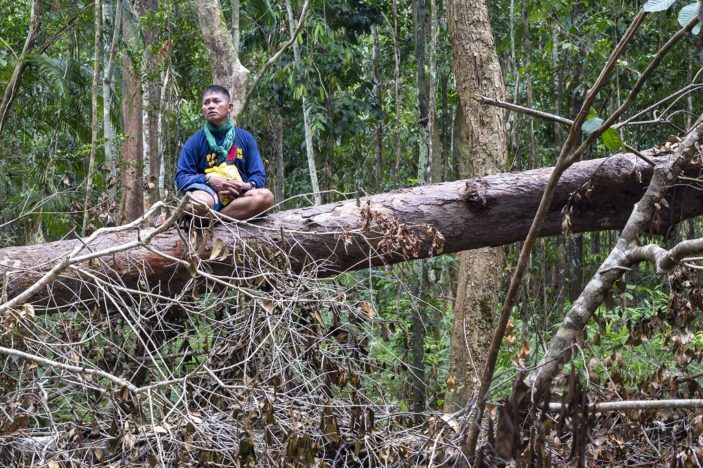 From the film’s inception to its release, how long was the process of making Delikado?

When I first sat down it was 2011, but it was late 2016 through to the end of 2019 that we were filming these studies.  For the filming process I was living in the Philippines for the bulk of that time, in Manila, going back and forth.  I then moved to Hong Kong, and took various unpaid leave breaks to go down there.  Then the editing process was a couple of years.

Because you have a journalism background, how did you find the transition into filmmaking?

So much harder than I thought.  As journalist, I’ve made two minute videos, and I’ve put them together and edited them, and things like that, and I knew documentaries was going to be a lot harder.  Like 100,000 times harder.  100,000 doesn’t even get close to how much harder it is! It’s infinitely harder, and I had no idea about every part of that process.  Filming, editing, funding, the management…I learned journalism as a copy boy.  I learned everything from the newsroom.  I treated this as a sort of masterclass in trying to learn everything on the way, and just accepting that you’re going to make a lot of mistakes.  I did make a lot of mistakes, but you just learn from that.

I imagine this story isn’t an isolated experience.  Was part of the intention with this film to raise awareness?

Yes, both on the local level and the global level.  As a journalist I’ve done a lot of environment and climate reporting, and the appeal of this was that I wanted to make an impact with my journalism.  This film is an extension of that, because I didn’t want to spend five years of my life just making a film for the sake of it.  It all came together, for me, because it was about the environment, the future of our planet, and human rights.  It’s understood that land defenders have been killed in record numbers around the world, and the dangers against natural resources only grow as these people defend them on the frontlines in this fight against climate change.  If these people don’t win their battles, if they don’t protect our forests, places like Borneo and the Amazon, we lose against climate change.

Has this then inspired you to make future films? Or even revisit Palawan to document its progress?

Yeah, I definitely want to do more work.  Either making films or a docu-series.  The theme that I would want to follow through on would very much be centred on the environment and climate change.  What I’ve tried to do with (Delikado) is hope that people come out of it feeling inspired.  Although it’s a very hard film and quite brutal to watch, I want people to see the courage (here).  I want it to be a film that drives positive emotions and positive change.  That’s the type of work I’d like to continue to do.

In the meantime, the big focus right now is its impact campaign, and I think, just as I didn’t understand how big a complex project this was going to be, I didn’t understand that campaign either.  I’ve been so lucky to have these incredible people around the film, and one of those groups is Documentary Australia.   They’ve actually announced that we’re a part of their accelerator programme, where they have three films they’re working on that are focused on building impacts around environmental issues.  That will probably dominate my focus for the next 6 months to a year.  After that, I’ll then think about another film.

Delikado will screen at this year’s APSA’s on Friday November 11th on the Gold Coast at the Home of the Arts (HOTA).  For more information please visit the official APSA website.