Interview: Craig Roberts on directing The Phantom of the Open: “I didn’t want to make a little British kitchen-sink drama” 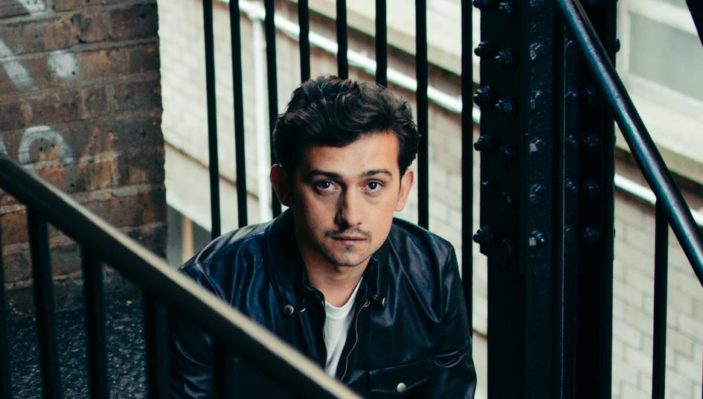 For the past decade-or-so, Welsh actor/writer/director Craig Roberts has made sure that his career could never be pigeonholed.  The darker aspects of comedy have often been his exploration as a filmmaker, having penned and directed the acclaimed duo of 2015’s Just Jim and 2019’s Eternal Beauty, whilst as an actor he’s just as likely to be seen in small coming-of-age dramas as much as blockbuster Hollywood comedies.

It’s that sense of finding comfort that led him to The Phantom of the Open, an unbelievable true story about Maurice Flitcroft, the “world’s worst golfer”, knowing his “big and colourful” vision was the perfect encapsulation for the film’s spirit.  Speaking to our own Peter Gray ahead of the film’s release (you can read our review here), Craig touched on working with such powerhouses as Mark Rylance and Sally Hawkins, managing a career as both an actor and director, and why he “fears” comedy.

I will say, the last thing I was expecting was for the director of this charming movie to be “Assjuice” from Bad Neighbours!

Off that note, does being an actor yourself mean you tackle directing in a different way, knowing how it is to be directed?

I think so, yeah.  I think in terms of working with actors, it definitely helps.  I’ve been there.  I know what it takes.  I know to build that safe and comfortable environment.  That feels natural to me.  Most of my career I’ve been an actor, but around 8 years ago, when I was Assjuice, funnily enough, I was doing interviews where I was talking more about filmmakers than actors.  It made me realise I wanted to pursue that.

How did this project come about for you?

I didn’t know the story at all about Maurice Flitcroft.  I was just sent the script.  It was going around and people were talking about how good it was.  When I got it I loved it so much.  The fact it was a true story blew my mind.  I loved Simon’s (Farnaby) work, I love the Paddington movies, so I just had to find my way in.  I didn’t want to make a little British kitchen-sink drama.  I wanted to make it big and colourful, for the iconography to mirror Maurice’s ambitition and not his situation.  That and they couldn’t find anyone else to do it (laughs).

Oh, such a shame they couldn’t find anyone else!

I know, it would’ve been better (laughs).

When I was speaking to Simon he said one of his favourite films was Caddyshack, and I thought that this film could have gone in such a different direction.  The way you incorporated that magical, fantastical element to showcase his own mind, but you also kept it very contained in terms of its comedy.  This could have been so over the top but you have a really nice way of playing the comedy in a real naturalistic manner.  Was that something you specifically wanted to do to make this a more human story?

First of all, thank you very much for those words.  Yes, to me, it just had to be grounded or we wouldn’t feel anything for him. I think the last half of the movie is more emotional, and if it was too farcical or too funny at the beginning it would feel too much like a tonal shift that isn’t comfortable.  I also fear comedy.  I love comedy, I think they’re fantastic, but there’s nothing more dangerous than labelling yourself as “just a comedy” because then you really have to make people laugh.  It’s like going to a swimming pool with no water in it.  It doesn’t make any sense.

That was helped by Mark (too), because he’s such a good actor.  He absolutely grounded it.  He’s able to do that without doing much at all.  He’s so fantastic. 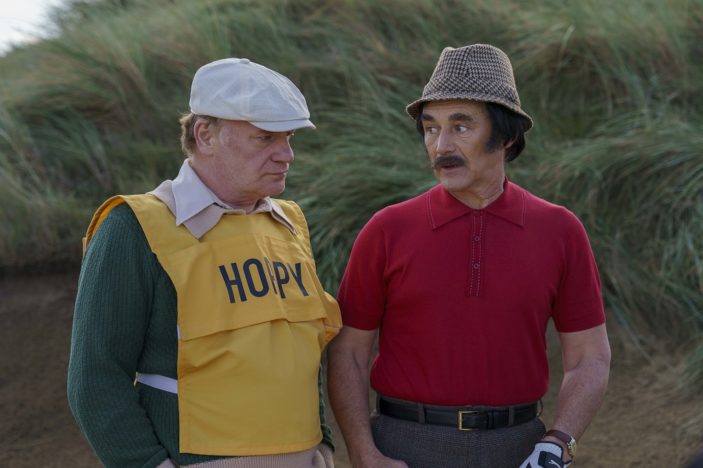 I think Steven Spielberg called him “the greatest actor he’s ever worked with”.  How did it come around to getting Mark Rylance on this film?

We had a lot of actors mentioned for this role, but, again, they were almost comedians.  When we thought about who would be the best character actor, it was Mark.  We sent it to him and luckily he had never been sent a comedy, so I think we lucked out on the timing.  He really loved the script, so we spoke about the humour and where I saw that landing.  One of my favourite movies, in terms of humour, is Punch Drunk Love, the Paul Thomas Anderson film.  It’s a serious film about a man with social anxiety, but it’s so funny.  That’s where we pitched it.  Mark had his ideas.  He mainly wanted to speak in Shakespeare the whole time (laughs).  No, he had great ideas.

Did you feel any pressure in meeting Maurice’s family? Or were they quite open to this story being told?

They were open, yeah.  His son spent a lot of time with us.  Mark, in pre-production, went and visited the family and spent a few nights (with them).  I think it really helped Mark get into character.  One thing I was aware of is that it is a biopic, but I didn’t want it to be traditional.  I didn’t want it to seem like Mark is just doing an impression.  It was more about capturing the spirit of Maurice, not just an impression of Maurice.  It means everything for them to be involved in the movie.

In addition to Mark, you have Sally Hawkins.  Was she someone you always had in mind for this role?

I made a movie with her about 10 years ago, as an actor, and we just stayed really good friends.  She was the lead in the last movie I directed.  I’d have Sally in everything if I could.  It was just a phone call of “Would you come and play?”, and Simon knowing Sally helped as well.  She was game to come.  She’s just the best.  She’s the heart of the movie, really.  She holds it down.

Do you see yourself managing both aspects of your career in acting and directing? Or is there one avenue you’d like to explore more?

I don’t know, really.  I guess it depends on what the ideas are.  I got a film I’m directing soon, and then I have an acting job, so it’s a bit of both.  If acting will have me I’ll definitely do it.  I just haven’t acted in a while.

The Phantom of the Open is screening in Australian theatres from July 14th, 2022, following advance screenings from the 7th-10th July.