Interview: Clayton Watson on playing Kid in The Matrix franchise and keeping himself grounded throughout his career; “Be centred and be still, especially in front of the lens”

Clayton Watson may be most familiar to audiences as he appears above, but the actor, best known as Kid from the Matrix sequels Reloaded and Revolutions, is so much more.

Returning to Sydney to attend the preview screening of The Matrix Resurrections (you can read our review here), Watson engaged with our own Peter Gray where the two discussed his career beginnings, being on the audition circuit with the likes of Tom Hardy and Orlando Bloom, how he keeps himself grounded, and the unique way he’s kept himself busy whilst out of the spotlight.

I did some research on the trajectory of your professional career since starring in the second and third Matrix films, safe to say a world away from what the Wachowskis created. Before delving into that change, how did you become involved in the original films?

My agent had sent me a one paragraph scene with no other information on it. She said, “This is big – give it your best”.  I found out it was for Reloaded & Revolutions, and there were a huge amount of actors vying for the role around the world.  So I disappeared to my sheep station to form a character.  I was pretty confident when I auditioned the first two times I had created a unique character, but never in my wildest dreams did I think I’d be standing in front of the Wachowskis for my third and final audition up in Sydney.  I met them and we just chatted away for ages before I launched into my scene – I’d drawn tattoos on myself and tied my shoelaces up above my calf muscles for my character – and finished with them both in silence.  They finally looked at each other and said, “That’s great, do it again”, and away I went with a couple of small changes and they said, “Thanks”.

Again, I disappeared to my sheep station and got a call from my Grandpa some weeks later on our two-way radio – there was no phone reception out there back then as it’s so remote.  He mentioned that my agent was trying to call me. So I rode to Mallee Hill about 20km’s away on my motorbike which was high enough to get one bar on my mobile and my agent said “Congratulations, Mr. Watson. You got the role of the Kid.” Let’s just say I remember rubbing my temples and had tears in my eyes and then started a rain dance and may have swore a bit…maybe a lot.

Did the success of those films bring about any opportunities for you? Did you have a desire to pursue a film career on an international level?

It was a wonderful door opener for me.  I landed two of the best agents in the world and moved to L.A., auditioning among the likes of Tom Hardy, Orlando Bloom, Elijah Wood etc. – we were always in the same rooms, racing around L.A. to make our audition times at different studios in horrendous traffic.  It just became the norm.  And it was hard work and bloody tough.  7 days a week for years on end.  But it was amazing – performing in front of Spike Lee, JJ Abrams, Bernardo Bertolucci, and more.  I had moderate success and came so close to more major motion pictures roles – like a bee’s dick away – but I burnt out and instead returned to Australia to do a TV show.  Met a beautiful lady on it and fell in love. We wanted kids and normality. The rest is history.

I’ve always desired to have a long term international film career.  I don’t give a crap about being a star and that glitz. That’s not what acting is about.  That’s just a distraction and waste of time and energy – I’ve always left that to the young ones coming out of drama school (and) you can spot them a mile away and it’s painfully obvious on and off set.  It’s about the work.  ‘Cause that’s what it is.  Work.  Hard bloody work.  To get that character up there on screen without seemingly acting.  Being lost in the moment and making audiences do the same.  When you get to that level I was at for a time, it’s then about being offered the best scripts and characters suited to you in the world.  That’s where I’d like to get back to again one day if I’m lucky enough.  If not, I’m more than happy to have a long term film and TV career in any capacity!

This latest Matrix film is being released at a time when long awaited sequels, remakes and reboots are becoming the normality in Hollywood. What did you think when you first heard that Lana Wachowski was making a fourth film?

I was so excited for her at first.  She had vowed to never do another one and I thought, “Wow. I’m so proud of her, she’s an incredible film maker and she’s gonna show the world something incredible again”, and at the same time of course I was thinking, “I hope the Kid’s in this one!” (laughs).  And when I saw the full cast list I was super disappointed I wasn’t on it but I thought, “Well, knowing her she’s gonna have some tricks up her sleeve, you bet.”  Then some months ago we got a call from the producers asking if they could use footage of mine from Reloaded and Revolutions and of course we said yes.  My flashback scene didn’t make the cut but it was exciting to be asked.   Unfortunately, now I read from James McTeigue (our producer) that Lana was given an ultimatum from Warners that if she didn’t direct it they’d find someone else ,which makes me even more proud of Lana and James that they went ahead full steam and stepped up to get it done.  It’s a massive franchise and to have it in the hands of anyone else wouldn’t do it anywhere near due justice. 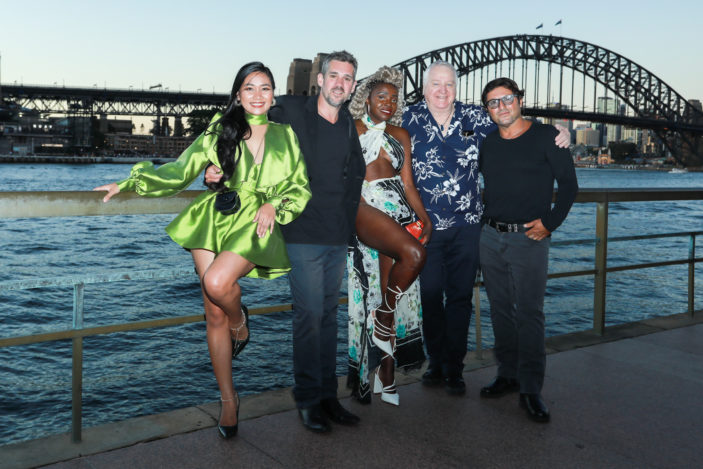 I’ve read that you started feeling a different calling for you, career wise, which led to you becoming a sommelier and ultimately operating wine tours. How was that to transition from one path to another?

Daylesford Wine Tours was really a brain fart that happened.  Very much like when a script and character lobs in your lap and you have a light bulb moment.  I knew my wines well and the Daylesford region that we’d moved to to disappear and have kids has some of the best boutique wineries – rated – in the world.  I was very crook one weekend and designed a website and unbeknowst to me I published it and started getting calls the very next day.  Renai (my partner) walked into the bedroom with me and my man flu and said, “What the fuck is Daylesford Wine Tours? There’s someone on the phone wanting a wine tour?” It took me a second to realise what I’d done and I said, “Just tell them we’re fully booked….” The day after we drove to Echuca and brought a bus and it’s been the most amazing, fun and rewarding business for the last ten years.

Renai and I know have five amazing drivers and have a 38% return of clients including Corporate Team Building retreats and game nights.  In reality, I’ve been acting on a different stage doing tours and corporate events so the transition from one to the other and back again now I’m finding is very streamlined.  There’s a natural progression happening and I’m more than aware and very excited to see where it can go.  And I’m also very lucky to have a business like Daylesford Wine Tours that has supported us even though we’ve been shut down for literally two years from Covid.  In a strange way I have Covid to thank for me getting back into the film industry. Bring it on!

Seems like your creative juices are flowing once again, with the release of Resurrections, as well as what appears to be a stacked list of projects in pre-production, as an actor, writer and director. Is work behind the camera something you’ve always wanted to explore?

I actually got into acting to get into directing, but have only directed a small number of things and am still waiting for a good shot at it.  I know each side of the camera back to front but realised last year that the best way to bring that to fruition was to start producing my own films.  Now I’m producing three films, directing one, maybe two, acting in four and have written six.  It’s a funny thing when something taps you on the shoulder and you say no countless times, then you just get to a stage where you can’t ignore it anymore.  And you say yes.  And the floodgates open.  Then you wonder why you’ve been ignoring it for so long.  Hopefully 2022 will be a great year and continue to find brilliant content and characters to shoot and entertain audiences.

I can only imagine how tough you have to be to survive in such an industry as entertainment and it appears you’ve very much grounded yourself with the right people, as well as taking that step back and honing further skills. Is there any key advice you’ve learned that has stuck with you?

I always tell the young kids coming into this business to just focus on the work.  It’s okay to get carried away here and there with the fun, but always return to the work and have a great work ethic.  That’s where having a great team, a great film family, a super supportive family and friends comes in.  That’s what I’ve maintained over my career and, likewise, why Aussies get so much work around the world.  We have a good working business acumen and we know how to work as a team.  There’s no ego or bullshit.  Also, it’s very important to be still.  Be centred and be still, especially in front of the lens. And then to wrap, always give 100%, never give up and always believe.  Exactly like Michael Karl Popper aka “Kid” did!

The Matrix Resurrections is now screening in Australian theatres.