Interview: Australian author Aaron Blabey on pitching The Bad Guys as “Tarantino for kids”; “The challenge was finding filmmakers that understood that” 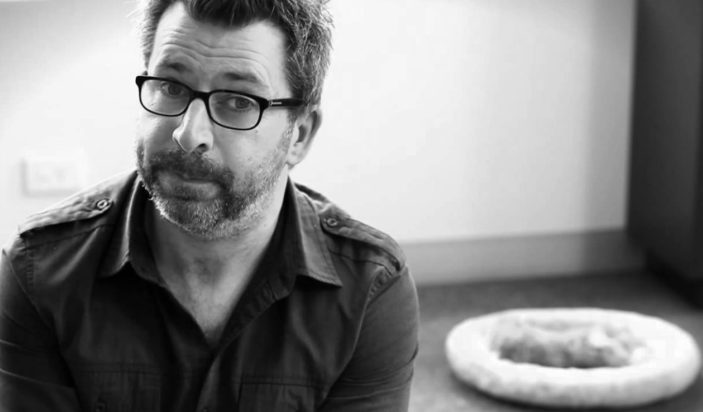 To coincide with the release of the trailer for the anticipated animated action film The Bad Guys from Dreamworks Pictures, based on Australian author Aaron Blabey‘s #1 New York Times best selling series, our Peter Gray chatted with the writer himself about where the books originated from, pitching a “Tarantino film for kids”, and how surreal it was to cast Sam Rockwell.

Before getting to the film itself, where did the idea for The Bad Guys books come from?

There were a few factors, but basically The Bad Guys is my love letter to cinema, in many ways.  I wanted to take all the things I loved as a kid…I mean, these characters were all iterations of creations that have been in my psyche since I was a little boy.  When I was looking at writing a series I thought of my boys, and The Bad Guys just stumbled out.  It’s a culmination of everything I love within action movies.

Were children’s books always the genre you wanted to focus on as a writer?

I kind of fell into that, in a way.  I started painting initially and that led me to creating some picture books.  That format I actually found quite frustrating and I didn’t find my groove until my kids hit that age of around 6 or 7 years old, where they had quite defying senses of humour, and then everything kind of clicked and fell into place.

Were you quite taken aback by just how successful these books have been?

Oh absolutely.  For the first 8 years or so I couldn’t give my books away!  I was just getting nowhere, and it was really one last ditch attempt around the age of 40…this sounds ridiculous but I went for a really long walk and I created Pig the Pug, The Bad Guys, and Thelma the Unicorn all in one go.  Without any sense of melodrama about it, it changed my life.

Was The Bad Guys the first of your books to be optioned as a film?

It was, yeah.  I have an agent in L.A and we went to all the studios across a couple of weeks, but we just kept coming back to Dreamworks.  They just got it right from the get go.  Damon (Ross), the producer, and Pierre (Perifel), the director, they just understood the tone in maintaining that irreverence the books have.

I’m assuming it was quite a collaborative process with them?

Absolutely.  I’m an executive producer on the movie, and what that entails is that I have been across every draft of the screenplay, all the casting decisions, and all the cuts of the movie.  It’s been a long journey.  We originally spoke to (Dreamworks) at the end of 2016, so it’s been a long journey watching it grow.  But these last two years was where it really solidified itself, and I saw the final cut about a month ago and I got very emotional.  It’s everything I hoped it would be.

These are not books I have read but seeing the footage and learning of that tone where it’s essentially a Tarantino heist movie for children really excites me.  Was it difficult finding a tone for the film to be suitable for children but also please the adults watching?

My original pitch for this was “Tarantino for kids”, and that just broke open a whole new  space to work in.  Because I love that territory so much I found it incredibly easy to work in.  The challenge was finding filmmakers that understood that and were able to spring off from there.  It very well could have been too kiddy or too sophisticated, but it manages to sit in that really sweet spot where kids enjoy the adventure they’re being taken on but adults enjoy all the other (material) taking place around that.

I have spoken to several filmmakers who have made animated pictures for Dreamworks and it seems that Universal are a company that respects the theatrical experience and pushes their films where they can in order to grant that window of it being seen in a cinema.

Fingers crossed that the world will be in decent enough shape come March next year.  This is the type of film you want to see on the big screen.  It kicks off with a sensational opening.  I know that Dreamworks and Universal are really pumped about it.

As you said earlier that you’re a part of the casting process, when you get told that Sam Rockwell, Craig Robinson and Awkwafina are all going to be a part of this…were they ever people you envisioned?

Everyone involved put together lists of who they wanted.  Each character list of mine had those actors included, and in some cases they were really short lists.  It’s obviously surreal.  I’ve been a fan of Sam’s before The Green Mile.  And a crowd favourite in my household is This Is The End, so my boys are stoked about Craig’s involvement (laughs).  I’ve lived with it for a while now, but it’s still pretty trippy (to think about).

The Bad Guys is scheduled for an Australian theatrical release from March 31st, 2022.