Interview: Antonio Banderas on revisiting his signature character for Puss in Boots: The Last Wish; “It’s a little more substantial.  A little deeper.” 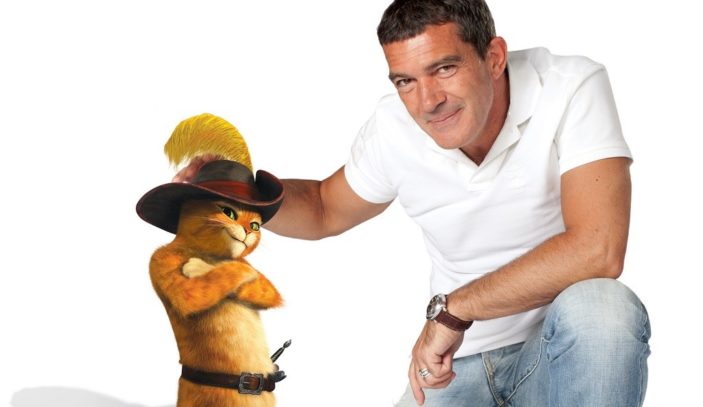 Given the absolute phenomenon Shrek became upon its debut in 2001, it’s not hard to see why Antonio Banderas would want to join such a franchise.  But standing out in a cast that includes such comedians as Mike Myers and Eddie Murphy is another ballgame entirely, but he managed to not only shape his own winning character in Puss in Boots, he scored a solo film out of it to boot.

After 2011’s Puss in Boots garnered rave reviews, an Oscar nomination for Best Animated Film, and over half a billion dollars at the global box office, a sequel seemed guaranteed.  And whilst it didn’t exactly come in quick succession, there’s no better time than the present for everyone’s favourite swashbuckling feline to swing back into theatres for the holiday season.

In Puss in Boots: The Last Wish, for the first time in more than a decade, DreamWorks Animation presents a new adventure in the Shrek universe as the daring outlaw discovers that his passion for peril and disregard for safety have taken their toll. Puss has burned through eight of his nine lives, though he lost count along the way. Getting those lives back will send Puss in Boots on his grandest quest yet.

As the film arrives in theatres (you can read our review here) our Peter Gray spoke with Antonio about returning to the fray after over a decade, if there are any of his other characters he’d ever revisit, and would an R-rated version of the film ever exist?

What do you think it is about the character of Puss In Boots that keeps drawing audiences in after so many years?

Well, you know, I think he has been a character that actually has a very specific feature that connected with the audience from very early (on).  He has a duality.  On one hand you have a character that is very rugged, very cocky, a little bit full of himself.  On the other, he’s loyal, friendly, he’s got this kind of thing that is very manipulative.  Sometimes I think it’s nothing but manipulation when he does things for everybody.  He’s got that flare, because he nine lives (too), but what happens if you take those nine lives (away) and you live just one? He’s human.  If I had nine lives I would be a hero!  But he’s human and he goes into this panic, almost an existential crisis.  He’s vulnerable.  But even with all that, we don’t abandon the adventure.

The purpose of the adventure is completely different (now).  It’s almost like the whole entire movie is a metaphor for the bad things and the good things that can happen in life.  Getting his nine lives back he’d just go back to what he was before, and that doesn’t make any sense, so the message at the end of this film is very simple.  It’s just life itself.  The appreciation of what we have.  Life.  The only one.

And then we have this other character, Perrito, who is bothering (Puss), because he’s kind of pathologically optimistic.  But when Puss has this panic attack and he’s hyperventilating in the woods, Perrito comes to him and takes him out of that, and Puss starts realising why he needs other people.  We have lived three years, including kids, where we’re all thinking “What is going on with the world?”  I can’t get out of my house or play with my friends or go to school.  Why is grandpa in hospital? All these things are happening, and what this team did with this movie was that they thought about that.  They had an opportunity to actually reflect in front of an audience about this (pandemic) without losing the humanity or the sense of adventure.  It has purpose.  It’s a little more substantial.  A little deeper.

Given that we are seeing Puss in Boots back in action, are there any of your other characters that you have previously played that you would like to revisit?

Well, some of those characters I can’t because my age wouldn’t allow me.  No, actually, no.  I have characters that I revisited before, like Desperado, and with Shrek, and now Puss in Boots, (but) I’ve done it.  If Puss in Boots comes again, which is possible, I will do it.  I will be more than happy to do so, because I love how they have given him a different colour and a different flair.  But I want new things.  New things and new characters that are actually my age, which is a fantastic age for actors, because I can reflect on things that I couldn’t before.  I can get into the skin of these characters.  They’re interesting to me from an intellectual point of view.  I didn’t always have that opportunity to be offered that type of character in film and in theatres, which is what I am doing now with my theatre.  I’m looking for those type of characters that I couldn’t play before, because nobody offered me the characters I offer to myself now.

Talking about approaching characters, how did you approach Puss in Boots now compared to the first time?

It’s been 11 years since we did (the first film) but, in reality, I’ve been doing the character for 20 years.  That first session I did was towards the end of January 2003, which will be 20 years in a month.  It’s been like an old friend with me.  I’ve done hundreds of sessions for him.  I’ve done hundreds of interviews defending this character.  I remember seeing the first Shrek in competition at the Cannes Film Festival.  it was in the middle of all this European intellectuality, and I’m thinking “Oh my God, this is completely different to anything I’ve seen before in the animation world.” I had to know who these guys were.  So when they called me it was a beautiful surprise at the time.  I had a lot of fun with this character.  I have been very happy with him.  Having ideas and opinions, and creating different stories…he’s been great.

There’s a scene in the film where Perrito goes on a profanity-laced tirade, shall we say.  Is there an R-rated Puss in Boots out there in existence?

(Laughs) No.  I think the most dangerous Puss in Boots, in that sense, is actually the first one.  The first one was very dangerous.  It was touching the boundaries of what you can do in animation.  I don’t know if you remember when he was arrested in the first film and what they found in his boots? That particular moment I think there was a lot of reflection where the character was going.  He was also a womaniser.  He was hitting on everything around him. But the character is going in a different path (here).

I think we can rescue a certain naivety of the character.  He was beautiful in the first film, but it’s enhanced here.  It’s interesting to be in a new space in this new film.  You know, he buries his boots and everything and he’s just going to go somewhere else.  He grows a beard (laughs).  He doesn’t want to be him.  He’s a renegade just escaping from himself, and then he finds the real him at the end of the movie.  I’m sure someone will analyse the trajectory of this character over these five movies (laughs).  It’s fun, but the most irreverent film was definitely the first one.

Puss In Boots: The Last Wish is screening in Australian theatres from Boxing Day, December 26th, 2022, following advance screenings December 16th – 18th.  It will be theatrically released in the United States from December 21st, 2022.