Film Review: The Night House is a thought-provoking horror film exploring the thematics of grief 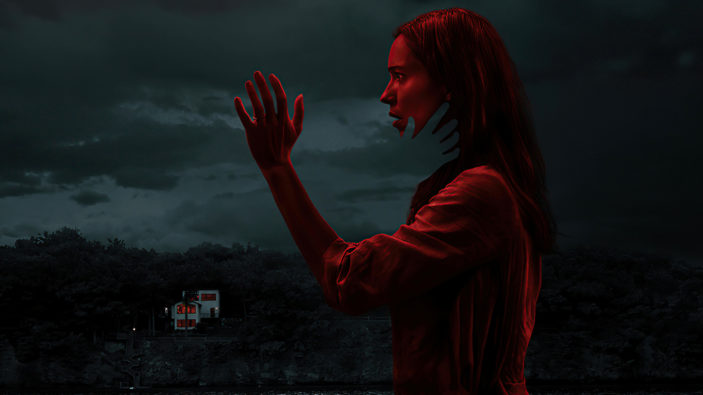 The idea of marrying grief and the horror genre together isn’t exactly a bold, new concept, but thanks to a thought-provoking script (courtesy of Ben Collins and Luke Piotrowski), deceptively inventive set design, and a wholly committed central turn from Rebecca Hall, The Night House explores a tested theme in a fresh manner.

Hall stars as Beth, a school teacher seemingly on the verge after losing her husband, Owen (Evan Jonigkeit), to suicide.  The fact that she’s alone in an otherwise picturesque lakeside residence doesn’t bode well for the usual tropes of the horror genre, and as Beth wallows in her anguish by watching old home movies and downing glasses of wine, the sense that Owen is perhaps trying to reach her from the afterlife overcomes her as strange occurrences start to take place around her person and her home.  Director David Bruckner (Netflix’s The Ritual) displays a near-flawless aptitude in creating tension and misdirection as both Beth’s fragile state of mind and a series of revelations about her husband’s true character lean into the overall uncertainty of who (or what) we should trust throughout.

The film’s ultimate reveal – one that I hope isn’t spoiled for audiences intent on seeing this quite masterful production – is a further testament to the combined efforts of Collins, Piotrowski and Brucker as the potential over-stuffed temperament of the narrative runs the risk of undoing much of the prior hard work, but it’s evident that all the creative heads involved have such a love and understanding of the genre that the intricacies of the narrative never crumble under one another.  In addition to Hall’s performance – the actress managing to navigate Beth’s grief and survivor’s guilt with a sense of quiet determination that’s as gut-wrenching as it can be bitingly comedic – the other main ace The Night House has at its disposal is the camerawork from cinematographer Elisha Christian who elevates the tension on hand with creative and effectively creepy manoeuvres that further play into the film’s possessed mentality.

A prime example of a genre piece where the less known for outside audiences the better, The Night House truly captured me in a demeanour I was unprepared for.  A further case also in the conversation surrounding the respect the horror genre deserves regarding performance recognition – Hall’s emotional anchoring of the material is not only an example of her strongest work, but within the field itself – Bruckner’s existential terror exercise is one I truly implore all audiences to check in to.

The Night House is screening in Australian cinemas from August 19th, 2021