Film Review: Summer of Soul is a musical and political celebration that speaks to cultural re-evaluation 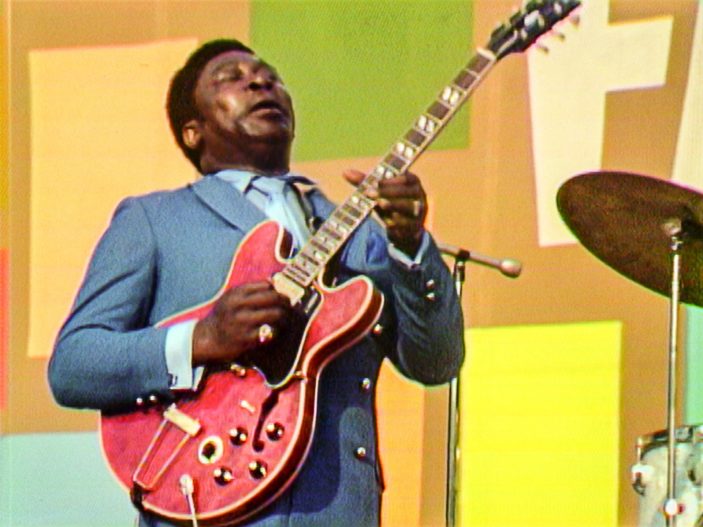 Somehow, a festival situated in the heart of Harlem, one that featured such performers as Stevie Wonder, B.B. King, and Nina Simone, had been written out of the history books.  In 1969, a year on from the assassination of Martin Luther King, over six weekends in Mount Morris Park, overseen by the liberal New York mayor John Lindsay and protected by the surrounding security of the Black Panthers, this was a musical and political celebration that spoke to the cultural re-evaluation of that time, but, if you weren’t there, you wouldn’t know it happened.

Directed by Ahmir “Questlove” Thompson, there’s evident love and respect in necessitating the re-emergence of such a cultural event in Summer of Soul (…Or, When the Revolution Could Not Be Televised).  Civil rights and “black power” were the driving forces behind the seeming cultural tension of the time and, as one interview subject reveals, even fighting to use the word “black” in printed media as opposed to the term “negro” was a battle all in itself.  This drive to recover their own identity is something that Thompson maintains at the forefront of Summer of Soul, whether it be Nina Simone embracing the moniker of being described as “an African princess” as she sang a tune inspired by the stage production “To Be Young Gifted and Black”, or with singer Marilyn McCoo of the famed 5th Dimension, whose more pop-aimed song “Aquarius” led to criticisms of the group “not being black enough”, something she immediately discarded when performing in front of the Harlem crowd, proud to reclaim her identity in the process.

“It wasn’t just about the music; we wanted progress” states Gladys Knight, and though the festival itself intertwined the harmonious and governmental intentions of its acts, its erasure for so many decades can’t help but fan the flames of the purported deletion of black history.  Having attempted to sell the idea to white executives as “the black Woodstock”, the footage being confined to a basement of sorts unfortunately only adds further weight to the cancelled narrative, and as much as Thompson’s film plays with the standard practices of the “musical documentary”, this is just as much about America as it is this treasure trove of footage that’s been so passionately restored.

With interpolated footage of riots and police brutality, and the suggestion that, as put forward by attendees at the concert, money spent on sending a man to the moon could have been better utilised in alleviating poverty, Summer of Soul feels remarkably current.  This pop-cultural event for the ages deals in topical issues that, sadly, still feel ripped from today’s headlines.  Summer of Soul is, indeed, not just about the music.  It’s about pride and the black community being lifted up, and Thompson’s extraordinary film celebrates all facets of black lives with a tenacious fondness.

Summer of Soul (…Or, When the Revolution Could Not Be Televised) is screening in select Australian cinemas from September 2nd, 2021 (where accessible).