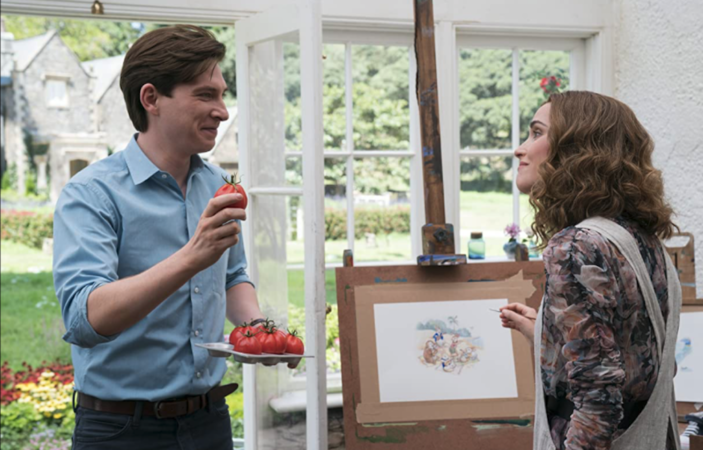 One of the first 2020 titles to delay its release substantially from its original bowing date (in this case, March 2020) due to the Coronavirus, Peter Rabbit 2 has finally hopped to a release window that makes sense.  In a country where cinemas have been open and thriving (and how!) for the better part of 6 months, a children’s film – the one genre that has made any type of dent at the box office (just ask The Croods 2 or The War With Grandpa) – feels like the safest of bets.  Add to that a prime Easter release for a film based entirely around a rabbit and you have a no-brainer.

But sure, the strategy makes sense, but what of the actual product? Having not been remotely interested in seeing the 2018 original, fronting up for this sequel was not an experience I was particularly looking forward to, so you can imagine my surprise when I didn’t entirely hate what was unfolding in front of me.  In fact, I was quite pleasantly entertained, finding myself laughing along with the film in a manner that suggested the Will Gluck–Patrick Burleigh-penned script managed to incorporate nuggets of witty-enough humour for this to be not entirely lost on the older audiences likely to be dragged along by their eager children.

By no means am I suggesting Peter Rabbit 2 is sophisticated comedy or worthy of Paddington-level praise (it’s absolutely not), but for a movie centred around a James Corden-voiced rabbit, you could do a whole lot worse; and whilst Corden’s vocal tone is occasionally grating in its delivery, there’s a morsel of respect one should have in that the script seems to openly admit to the star’s own polarising personality – here expressed through the likability factor of Peter himself.

This question of Peter’s likability stems from his celebrity status as the inspiration behind a name-same series of books that the kindly Bea (Rose Byrne) has written.  Now married to the somewhat stuffy Thomas (Domhnall Gleeson), Peter’s sworn enemy turned reluctant father figure, Bea and the makeshift family of Rabbits – Peter, triplets Flopsy (Margot Robbie), Mopsy (Elizabeth Debicki), Cottontail (Aimee Horne, replacing Daisy Ridley from the original), and Benjamin (Colin Moody) – live a comfortable life in London, doing their best to survive under the one roof.

Doing his best to downplay the supposed mischievous personality the books have highlighted, Peter feels he’s at a loss regardless of their success, and when a charmingly smarmy publisher (David Oyelowo‘s perfectly named Nigel Basil-Jones) wants to turn Bea’s books into a series of sorts, and by extension alter their sentimental core for a more mainstream mentality, Peter runs away from his persona only to fall in with a crowd that makes him look practically angelic by comparison.

Whilst there’s more plot here than a Peter Rabbit movie deserves, it’s surprising how coherent this sequel is, and though the target audience won’t care about plotting, it’s smart enough to put in sight gags and age-appropriate humour to keep them focused.  Similarly aware that the kids watching this in cinemas will be taken along by parents, there’s enough winking to the crowds for the older viewers to, at the very least, stomach the CGI fluff that’s taking part on screen; it also helps that Gleeson and Oyelowo have some genuinely amusing sparring that’s likely to tickle audiences in tune with throw-away jokes that often land harder than the set-up gags.

Surprisingly brutal – no blood per se, but characters certainly get battered around at an alarming rate – but played off for laughs and nowhere near as agonising as it could be, Peter Rabbit 2 is perfect holiday fodder for the younger crowds.  Enthusiasts of the Beatrix Potter novels on which these films are based are unlikely to be impressed, nor will tween audiences wanting something a little more substantial (that’s what Raya and the Last Dragon is for), but the demographic that shipped the predecessor to $350 million worldwide(!!!) should be delighted that Gluck and co. have adhered to that old chestnut of “If it ain’t broke, don’t fix it”.

Peter Rabbit 2 is screening in Australian theatres from March 25th, 2021.