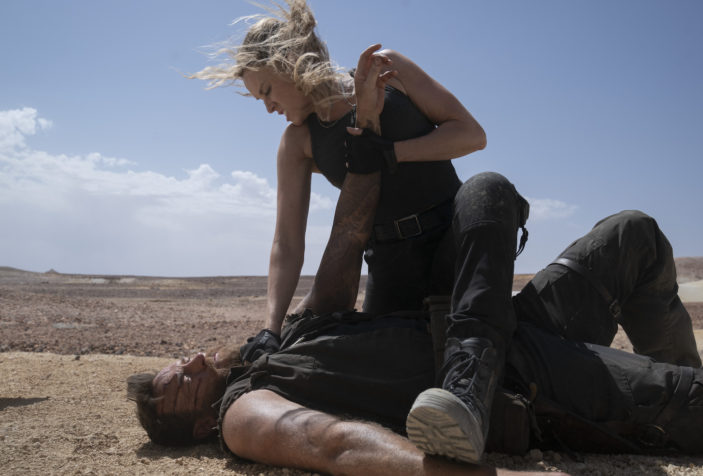 The road from video game to cinema screen has often been an arduous trek – to say the least.  Often made with the best of intentions, but seldom able to satisfy the expansive fanbase, video game adaptations are usually starting at a disadvantage.

Sure, there’s a certain campy pleasure to watching Jean Claude Van Damme and Kylie Minogue leading battle in Street Fighter; the Resident Evil films (especially the first) have their gory charm; and, whitewashing casting controversy aside, the sight of Jake Gyllenhaal in Prince of Persia is enough of an aesthetic appeal to forgive that film of its sins…but for every one of those, there’s a Double Dragon or a Super Mario Bros. to constantly remind you that the transferred medium is a tough ask.

The simplicity of the Mortal Kombat game, much like Street Fighter, is in its origins as a fighting platform, and building a story around such could be considered a promising platform due to light (if any) built-in backstory.  As the games progressed, so too its history, and any writer taking on such a task would have to tread carefully around a fandom who are less than forgiving.  Given that the Mortal Kombat name already has two live action films to its name – the relatively well-received 1995 original and its horrendously constructed 1997 sequel Annihilation – as well as an animated series, the evidence is there that a narrative can be weaved from the basis of super-human abled fighters facing off against one another with the intent to maim as brutally as possible.

Whilst the jury is still out on whether or not all fans will lap up what director Simon McQuoid and screenwriters Greg Russo and Dave Callaham have concocted with this 2021 edition, I feel as if the fact it creates an exaggerated video-game-cum-comic-book aura, whilst very much planting itself in a violent mentality (how’s that R18+ rating?!?!), should satisfy enough purists, gore-hounds, and casual movie goers across the board to be deemed a successful venture.

After an opening set-piece that lays down ancient foundations for which the film springboards its narrative – these violent beginning minutes arguably its strongest – Mortal Kombat (and, rather amusingly, it does make a joke at the expense of its misspelling) wastes little time in moving itself toward the titular battle – a competition of sorts to fight for the possession of the Earthly and outer realms (just go with it).

Essentially, the fate of the Earth rests in the well-skilled hands of Cole Young (Lewis Tan), a former MMA champion, whose visions of a figure engulfed in flames have become more frequent in the passing days. These visions and the specific symbol etched into Cole’s skin – he’s always believed it was a birthmark – lead Special Forces Officer Jackson “Jax” Briggs (Mehcad Brooks) and his partner Sonya Blade (Jessica McNamee) to seek him out, informing him that his marking is a branding of invitation to a legendary tournament to fight for the ownership of the realms.

Whilst Cole is understandably perturbed by this information, the fact that he receives it sandwiched between two distinct battles with outer-worldly forces – one involving the ice-manipulative warrior Sub-Zero (Joe Taslim), the other the volatile mercenary Kano (Josh Lawson, the actor toeing the line between genuine comic relief and overbearing sidekick) – helps him (and us as viewers) quickly agree to Sonya’s intent on finding an ancient temple believed to be the training ground for the impending battle.

As much as Russo and Callaham deserve props for filling out such a story in enough of a manner to satisfy 110 minutes, a film like Mortal Kombat ultimately only needs to satisfy on a superficial level.  A structure that was built off the novelty of increasingly violent gameplay – the staple “Fatality” and “Flawless Victory” battle cries the game would evoke became stuff of legend – the film is all too aware that its combative content is its selling point, and whilst Lawson indulges in his comedic temperament and the sheer impressiveness of the cast’s dedication to the stunt work proves it’s a more dedicative production than what’s on the surface, the intricate and oft-violent fight sequences lean aggressively into this mentality.

Broken limbs, crushed skulls, split bodies, and violently kinetic sword play happily pepper the narrative as the relatively simply-defined heroic and villainous characters face-off throughout.  It’s a tried and true formula, but it absolutely works, and it’s a testament to first-time feature director McQuoid that he possesses the intelligence to honour the Chinese and Japanese heritage of his primary cast and utilise their choreograph skills to create sequences that appear as practical and free-of-effects as possible; the aforementioned opening between Taslim and Hiroyuki Sanada’s pre-Scorpion moniker is a thing of brutal beauty that only further reiterates the merit of its makers.

A film not without its cheese and questionable ingredients, Mortal Kombat is nonetheless more of an achievement than not. A video game adaptation that has no right managing the majesty it is able to create throughout, this 2021 edition proves victorious in its intent to wipe the slate of previous incarnations clean and set a precedent for what is possible within the genre.

Mortal Kombat is screening in Australian theatres from April 22nd, 2021. It will be released simultaneously in American theatres and digitally on HBO Max from April 23rd, 2021.