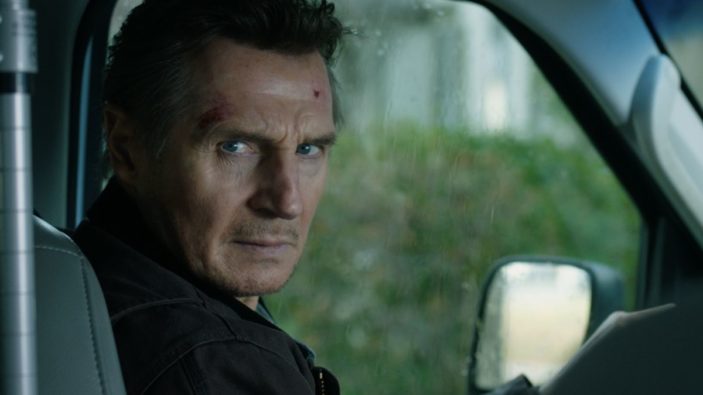 Given how many lightweight actioners Liam Neeson has aligned himself with in the last decade or so, you’d be forgiven for not being able to differentiate them from one another given how they have all basically bled into each other.  There’s nothing inherently wrong with this late-in-the-game career change for the gruff Irish actor – I think we can all agree Taken is a pretty great little action film – but it’s starting to get a little too familiar at this point, and something like Honest Thief is hardly doing the capable star any favours.

With such an unimaginative title, at least we have no qualms as to just what archetype Neeson will be portraying, with the titular outline describing his character, Tom Dolan, to the letter.  A notorious bank robber, who is also known as Tom Carter, Dolan has quite a methodical and casualty-free modus operandi when it comes to his bank robbing set-ups.  He always hits a bank outside of its business hours, preferring older safes (they’re easier to open) located next to vacant buildings, so as to not affect an operating business with his necessary explosives.  A thief with a heart of gold, who’da thunk it?

Nicknamed the “In and Out Bandit” (due to how efficiently the crimes are committed), a name he actually despises, Tom’s hauled an impressive $9 million over the course of 12 bank robberies in his near-decade of “service”.  And, just like that, he’s ready to call it a day, thanks in large part to Annie (Kate Walsh), the love of his life he wasn’t banking on.  Their union is born from a standard meet-cute when they start an innocent flirtation over the counter of storage unit facility where she works and he happens to be renting serious space; you don’t need more than one guess as to what he’s attempting to store.

Wanting to turn himself in and face the consequences, or, more correctly, negotiate the terms of a lighter sentence, taking into account his own admission to the robberies, Tom holes up in a nearby hotel, phones the Boston FBI precinct and confesses.  The agent initially in charge, Sam Baker (Robert Patrick), is skeptical (understandably so) and dismisses Tom’s call as another in the long line of “In and Out Bandit” faux confessions, palming it off to subordinate agents Nivens (Jai Courtney) and Hall (Anthony Ramos).  Courtney’s cocksure swagger and Ramos’ ambitious nature mean we’re unsurprised when they ultimately reveal themselves as less-than-honest officers, listening to Tom detail the whereabouts of the money and choosing to keep it for themselves, banking on the fact that Tom’s credibility is already in question from the higher-ups in the precinct.

From here on Honest Thief plays to the beat you’d expect, and we’d readily accept the mediocre nature of what follows had Mark Williams‘ film opted to be remotely exciting.  We’ve all seen a shoot out, a car chase, a foot chase…hell, even a combination of all three, but Honest Thief fails to make even these generic tropes mildly engaging, settling for a dosed auto-pilot mentality that, unfortunately, feels very much in line with the boring, by-the-numbers plot we are served over the course of the film’s forgettable 99 minute running time.

Neeson can play these types of roles in his slumber at this point, and it’s a rather apt description seeing as how he feels asleep at the wheel here.  This formula works for him, and some of his previous entries have overcome their formulaic outlines, but Honest Thief ironically cheats us out of even the most minute form of entertainment.  Walsh has a lovely presence to her and Courtney’s enjoying his smarmy villainy, but when such stereotypical character outlines prove more diverting than the story’s supposed hero, you know what’s on offer isn’t worth it’s weight.

Honest Thief is screening in most Australian cinemas from October 22nd 2020.