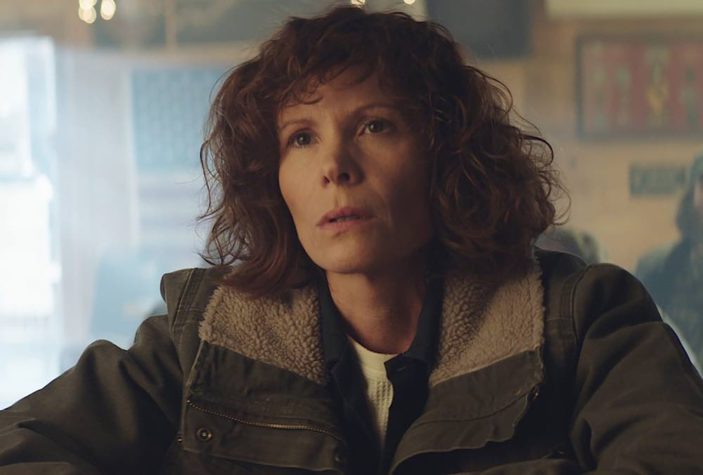 Though there’s perhaps a few too many “missing kid mystery” tropes adhered to in Disappearance at Lake Elrod – the grieving mother, the potentially corrupt police, the buried secrets coming to life – writer/director Lauren Fash injects enough character development and psychological complexity for it to get away with it.

Centred around the disappearance of an 8-year-old girl – a mystery that has haunted her mother, Charlie (Robyn Lively, half-sister to Blake Lively, for those playing at home), leading to bouts of emotional breakdowns and psychological hallucinations – the 90’s set thriller sets itself a year after Charlie’s daughter’s disappearance and the ramifications it has had.  Lively portrays Charlie with a tragic stillness, the actress wisely adopting the less-is-more approach as she continues to seek answers from a small town that has essentially vilified her.

Charlie’s standing with the community only worsens when another young girl goes missing.  Already being blamed for the disappearance of her daughter, this latest victim – the daughter of toxic man-child Chip Carmichael (Michael Trucco) – uncovers old wounds for the eternally hurting Charlie, and the more she tries to inject herself into the case, the more broken her psyche becomes.

Though there’s some twists and turns that some may see coming thanks to the familiarity with the genre, a certain character reveal is what the film evidently banks on and, to its credit, it pulls it off entirely.  Sure, if you think too hard about it you might start poking holes in a perfectly satisfactory thriller, but, for this reviewer, it was a welcome surprise to be taken aback by a revelation that genuinely came out of nowhere.

Also working to the film’s credit is the fact that, in addition to being written and directed by a woman, and fronted by one too, there’s an emotional core buoyed by the friendship between Charlie and ambitious black reporter Amy (Shameless‘ Shanola Hampton), a fellow outsider who sympathises with the grieving, confused mother.  Lively and Hampton continually keep the film elevated above its simplicities, guiding it towards that climax that further doubles down on evoking an emotional response.

Disappearance At Lake Elrod will be available on digital platforms in Australia from November 3rd, 2021.