Armageddon Time expresses both a defiance and a pretentiousness in its storytelling: Brisbane International Film Festival Review 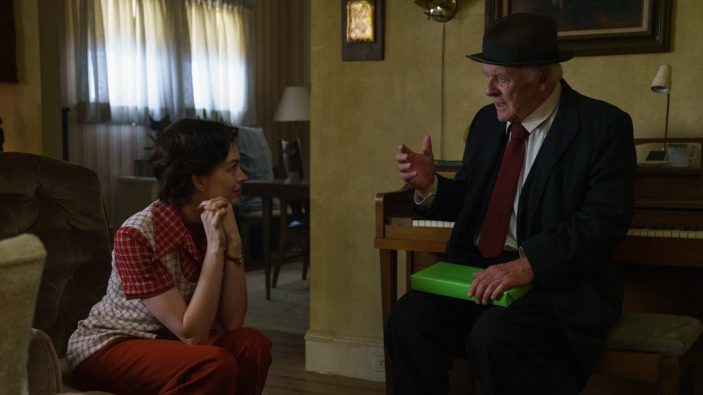 Turning the lens on himself to explore his own childhood in both a nostalgic and informative manner to almost act as a type of assessment on how he came to be where he is today, James Gray‘s Armageddon Time is a reflective, personal drama that immediately announces its almost hostile personality through its title alone.

And whilst the film details the various relationships that shaped him, the environment of a 1980’s America acts equally as an influential guardian; with the linger of a Trump-led administration earning something of a subtle nod.  It’s Ronald Reagan who is on the cusp of being elected president in this setting though, with the next generation feeling a certain pressure to produce workers of a successful, lucrative nature.

Young Paul Graf (Banks Repeta) has no such desire to lean into that mentality.  A rebellious sixth grader – I will note that as good as Repeta is as a child performer, his character is often hard to warm to due to his bratty, defiant nature – he has dreams of being an artist, and he hones a dreamer persona with his best friend, an African American classmate (Jaylin Webb‘s Johnny), about conquering the world.

Paul’s family, Jewish and middle-class, have other ideas, however.  His parents (Anne Hathaway and Jeremy Strong, both terrific) place certain restrictions on him that only spur his defiance further, whilst his kindly grandfather (Anthony Hopkins in a beautifully tender performance) encourages his creativity, but also knows the manner in which to suggest Paul should listen to the concerns of his mother and father.  There’s a certain safety that Paul feels under the eye of his grandfather, and we see how far he thinks he can push the ultimate kindness of his mother, but his father’s sternness never wavers, and it’s the culmination of these three personalities that alter Paul’s perspective on his world.

Given the nostalgic nature of Gray’s storytelling, it makes sense that his point of view be free from any needle-drop moments or a bright 1980’s aesthetic. This is his view of the world, so as unpleasant as Armageddon Time may be to look at – the film is largely a wash of grey – it’s authentically his own.

It’s ironically because of this authenticity that the film feels as if it puts us at a distance. Gray places such an emphasis on how the situations here impacted him from a more thematic view that there’s a lack of emotional potency present.  Because of this, it makes sense that it’s the sequences between Paul and his grandfather emerge as the film’s most relatable.  There’s such a warmth in Hopkins’ temperament that helps imbue the story with such when it so often presents a story of bleak proceedings; a scene between the two in the latter half of the film perched on a park bench is undoubtedly its most emotionally affective, and it’s difficult to not see this being used as Hopkins’ likely Oscar clip come award season.

As this is such a personal story to Gray, ultimately it’s difficult to argue with its intent.  Given how dialogue-heavy it is, Armageddon Time is very much a film that lives and dies off the temperament of its audience too; the self-imposed perspective could feel bold and appropriately defiant to some, but limiting and maybe even pretentious to others.

Armageddon Time is screening as part of this year’s Brisbane International Film Festival, running between October 27th and November 6th, 2022.  For more information head to the official BIFF website. The film is scheduled for a national release on November 3rd, 2022.