With each Star Wars film in the latest trilogy, fans have been treated to a feature length documentary about the making of the film, alongside its home release. They have surprisingly honest and detailed, in particular The Director and The Jedi, which took time to address some of the backlash Episode VIII received. The latest is The Skywalker Legacy, which is accompanying the digital and physical release of The Rise of Skywalker, the ninth and final episode in the Skywalker Saga – some 43 years after it began.

This documentary – directed by Debs Patterson – is the longest offering so far, coming in at just over 2 hours – almost as long as the film itself. Rather than being overly reflective on the reception of the film, Legacy jumps deep into the making of the film. From how they incorporated Carrie Fisher into scenes, into location decisions and some background on almost every sequence and decision in the film, it’s among the most comprehensive overviews of a film’s production you’ll ever see. And as a bonus, the film also delves into a selection of archival footage, looking back on not just this final episode, but the 8 films that came before it.

So what did we learn from the film? Here’s 12 facts that surprised us while watching the documentary.

1. Fans were anticipating 9 films even while Episode VI was being filmed according to the footage that starts the film. Though research indicates this was a little more than a rumour at the time, it certain makes it all feel like the 9th film fulfills some sort of prophecy. Interviews with the cast from that time also were talking about how they hoped this would encourage a series.

2. Similarly, Billy Dee Williams told interviewers after VI that they had intended to do more after that film with the character. In the end though he wouldn’t portray the character again for some 40 years. Fun fact: that’s one of the longest intervals between onscreen portrayals of a character in American screen history. 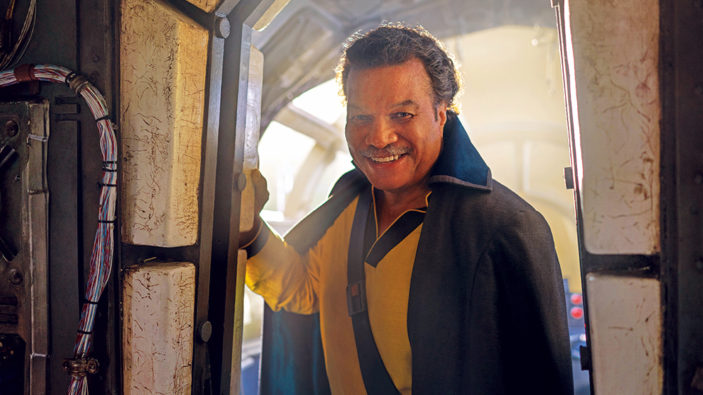 3. TrIXie was the production title they used for the film. 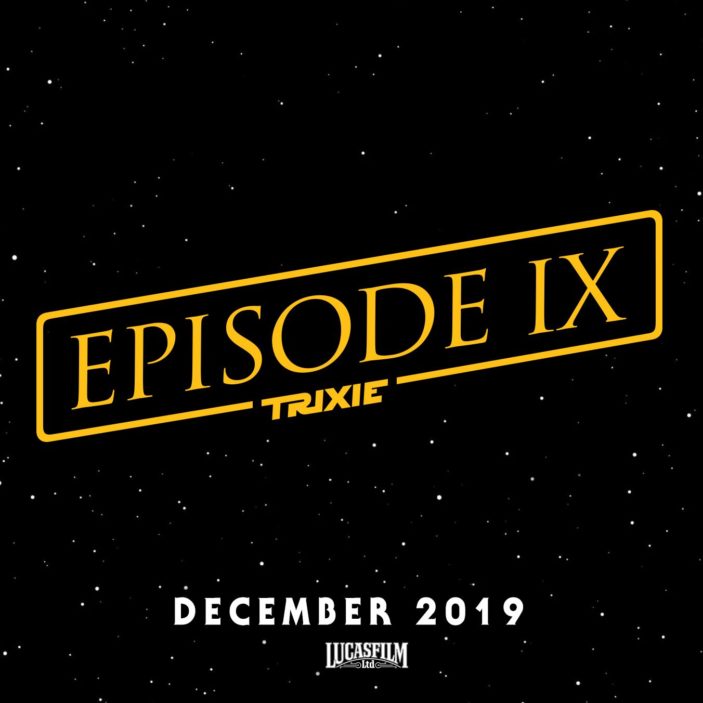 4. The ship that was in the first scene in the first Star Wars (A New Hope) – you know the one that’s being shot at – is in the cave where they’re camped out? Were we supposed to notice that?

5. They used the same moulds for the flying training droid that you saw in A New Hope in the Falcon, when Rey is doing her training. So it’s the exact same design. 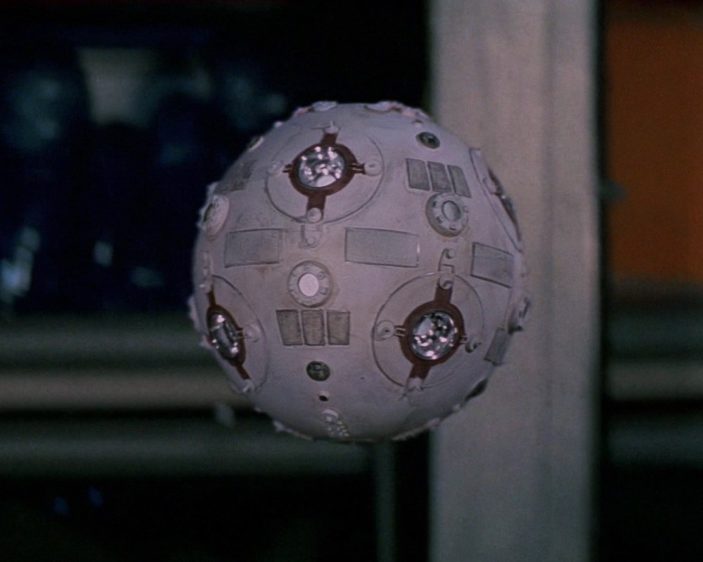 6. Sally Guinness, granddaughter of Alec, is a first order officer in the film and we get to meet her with JJ in the film. 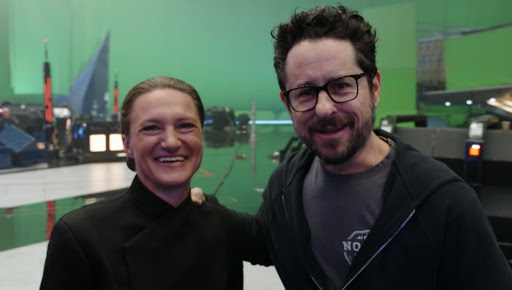 7. Richard E Grant self-describes as a Star Wars Geek and watching him explore the set was just true joy. I need – nay, demand – an entire documentary dedicated to Richard being in the film and exploring the set. 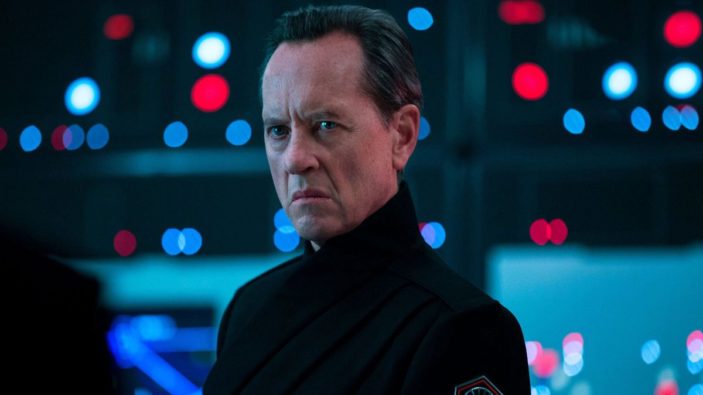 8. There’s a lot more puppetry and practical effects in the film than you’d expect. Even that snake thing seemed to use a lot of the same technology as Jabba The Hutt – that in the fact that it was filled with people making it move… 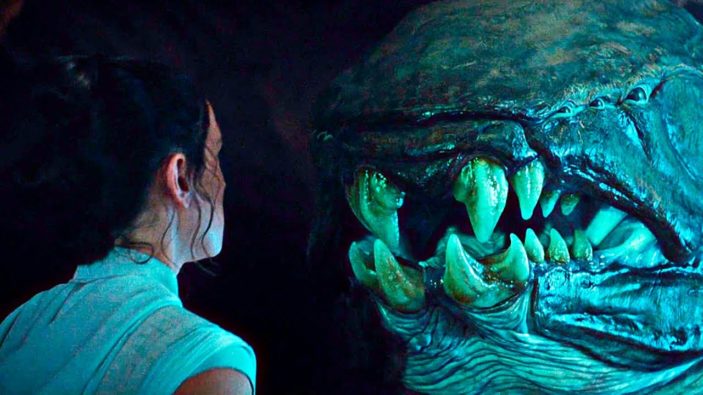 9. Kijimi City, where we meet Zorii Bliss and Babu Frick, is designed with reference to the 1958 Akira Kurosawa film The Hidden Fortress, the film which inspired R2-D2 and C-3pO. 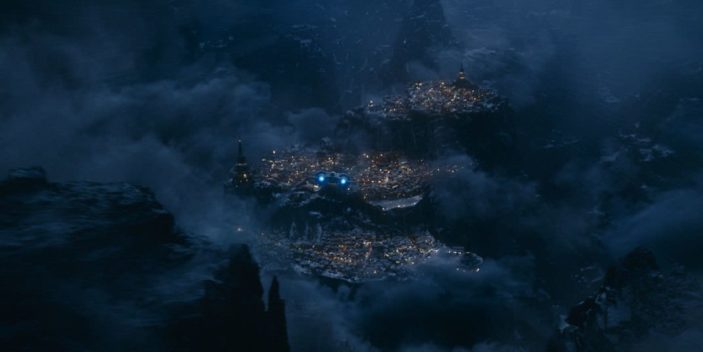 10. John Williams has 51 Oscar nominations and so for his scene they surrounded him by 51 objects that represent the 51 films he’s been nominated for. Say what you will about the film, but that’s damn commitment to their craft, and respect to the great composer. 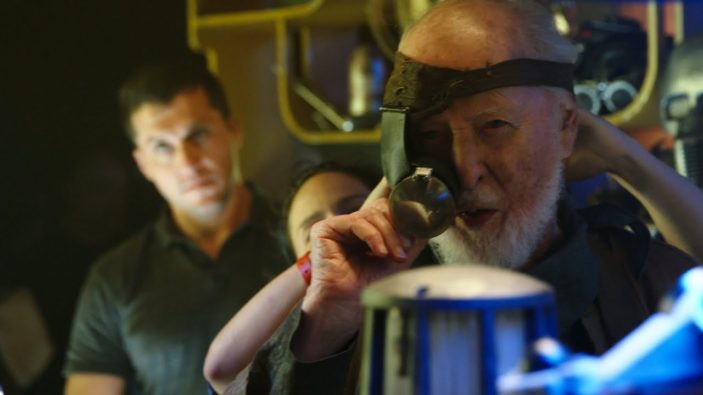 11. The detail in the robotics for Babu Frick was amazing – a testament to the true craftsmanship happening behind the scenes of the film, that goes back to the days of the original film. To make it even cooler, Shirley Henderson (Moaning frickin’ Myrtle) did the voice and the mouth movements with the remote on set which was unprecedented. 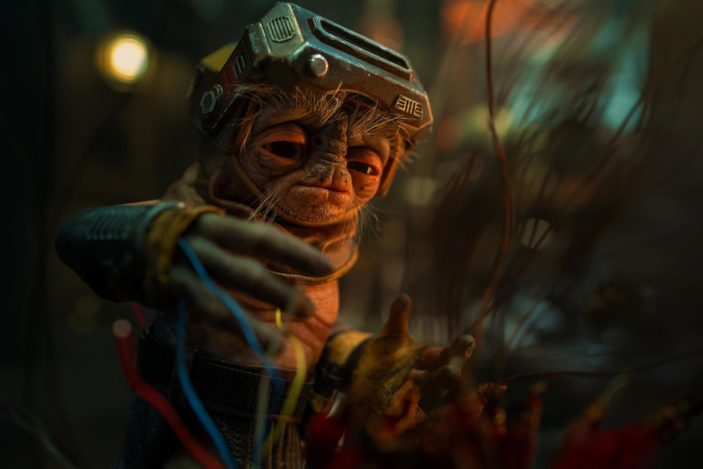 12. How cool is this! Ralph McQuarrie’s original sketches from 1981, inspired the Throne Room seen at the end of Episode IX.

Learn a lot more about the making of The Rise of Skywalker as it and The Skywalker Legacy documentary hits 4K Ultra HD, Blu Ray and DVD today, with the digital version also available now.

Read our interview with the director HERE. Photos courtesy of Lucasfilm Ltd.