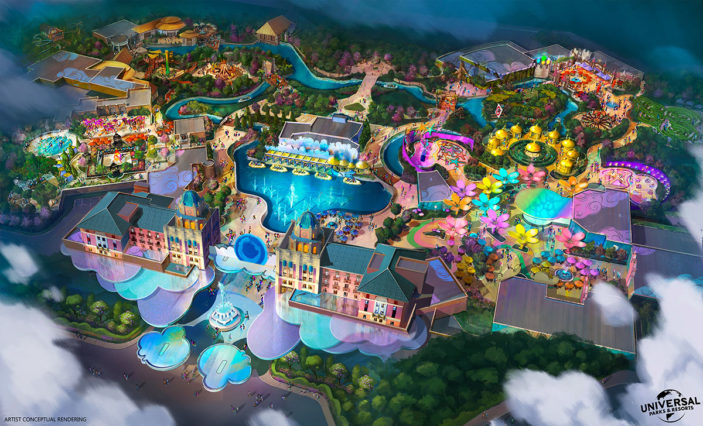 It’s been a busy few years for Universal Studios, as the theme park side of the company (Universal Parks & Resorts) continues to expand the size and scope of operations. Once just a backlot tour in Hollywood, Universal Parks can now be found in 5 cities around the world, with their latest Beijing location opening during the pandemic in 2021.

A long anticipated third Universal park in Orlando, named “Epic Universe” is set to open in 2025, and promises to be their largest ever in sheer size. And just this month, two more projects were announced by the company.

Both serve as something of a new concept for the brand: take one loved aspect of our theme parks, and create a dedicated location just for that. Something of a micro theme park. Too big to franchise into oblivion (as with some endeavours by a certain rival production / Theme Park company), but small enough to sit alongside existing infrastructure.

The first, in Las Vegas, will serve as a permanent destination for fans of the park’s popular Halloween Horror Nights. It will sit over 20 newly developed acres of Area15, a recently opened experimental entertainment district one mile west of the main Vegas strip. It’s here you’ll also find Meow Wolf, who I featured on the website last month. 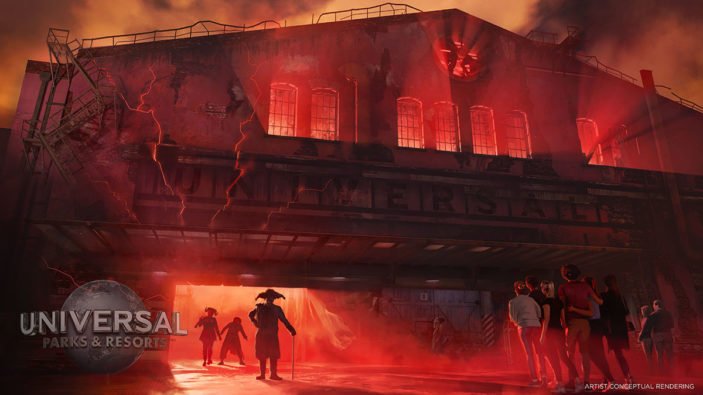 While little details are known beyond this, Universal have told us that “this original concept will bring to life Universal’s vast library of classic horror films and today’s most terrifying tales”, and that the experience will be “an innovative, creative complement to AREA15’s roots in experiential art and entertainment.”

“AREA15 curates a constellation of best-in-class experiences. Universal’s never-been-done-before concept will be a perfect fit because our guests know they can expect fresh, exciting entertainment at AREA15,” said Winston Fisher, Chief Executive Officer, AREA15. “We are enormously gratified to have an extraordinary company like Universal as our partner as we embark on the next phase of growth for AREA15.”

The second project (pictured in the header of the article) takes us to Frisco, Texas, and looks to focus on the family side of their theme parks – on a scale likely comparable to Legoland. And if Epic Adventure is their largest park, this looks to be their smallest – though it will potentially be similar in size to Universal Studios Singapore (which is about 20 hectares / 49 acres in size). This park will sit on 97 acres of land, though will also feature a themed hotel and room for expansion.

The press release stated the park is “specifically designed to inspire fun for families with young children.”

“The new park concept, set in a lush green landscape and featuring immersive themed lands, celebrates Universal’s iconic brand of entertainment, humor and innovation and brings to life its beloved characters and stories in ways that will wow even the youngest theme park goers.”

And as for why North Texas will be home for the new park, Page Thompson, President, New Ventures, Universal Parks & Resorts, said, “we think North Texas is the perfect place to launch this unique park for families given its growing popularity within this part of the country.”

While dates aren’t known for either project, one date we do have is for the launch of Super Nintendo World in Hollywood: February 17th! The launch marks the debut of a Nintendo land in the US, following the Japan launch in 2021, and ahead of its expected inclusion in Epic Adventure in Orlando in 2025.

And the parks have given us a first look at, and more details about, one of the interactive features of the new land: the “Power-Up Band“. 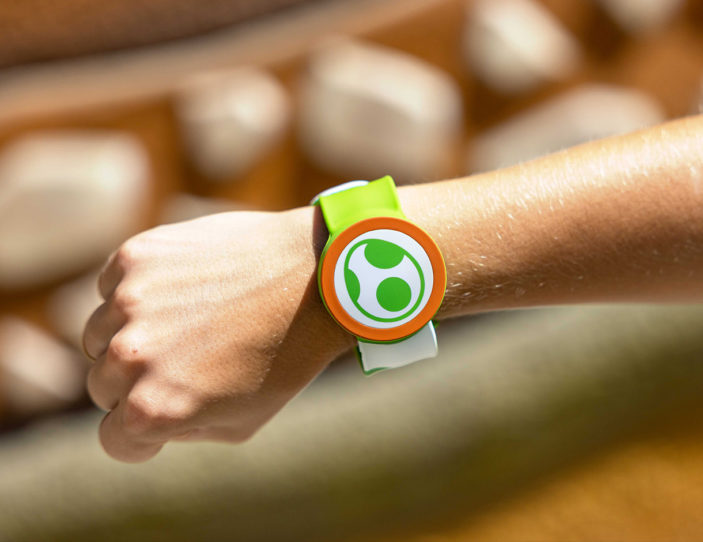 Like the wands in Wizarding World of Harry Potter, the Power-Up Bands will be an optional extra, allowing guests the opportunity to interact with the immersive land around them.

The wristbands will sync with the park’s official app, and will be available in six design options with character themes, including Mario, Luigi, Princess Peach, Yoshi, Toad and Princess Daisy; choosing a particular character also defines which Team guests will be a part of. Each Team will work together to collect the most digital coins, with the app and Checkpoint Screens around the land showing who’s in the lead.

Guests will be able to collect coins when riding the land’s signature attraction, “Mario Kart™: Bowser’s Challenge,” by tapping the ride’s steering wheel. Interestingly, “the Power-Up Band will enable guests to enjoy “Mario Kart: Bowser’s Challenge” over and over again in an attempt to beat their best scores.”

So, it’s a whole game within a land based on a game!

The Bands are available from February 17th, when the land officially opens.

Stay tuned to the AU for more Theme Park news, and details about the new Nintendo themed land. And for everything Universal Studios Hollywood, head to their official website.