Six things you need to do in Melbourne this September 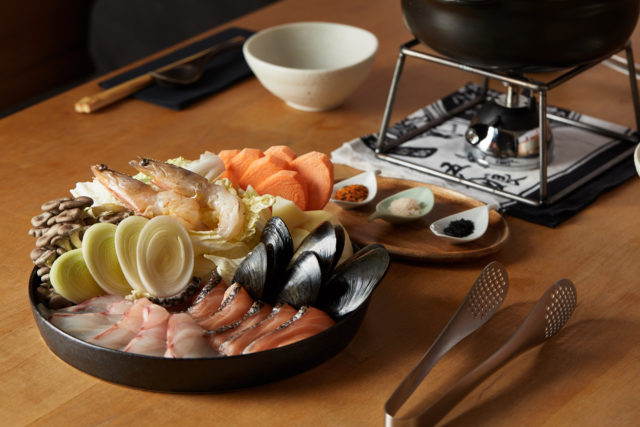 Melbourne’s dynamism and constant revolving door of things to do is one of the reasons why it has remained one of the world’s most desired cities. Now that Spring is here, there’s going to be a bunch of things happening across town, and we’ve picked out six of our favourite things to do this month. Make sure you’re across these, from bar takeovers and Japanese pop-ups, to the Melbourne Fringe and the launch of a new brewery. 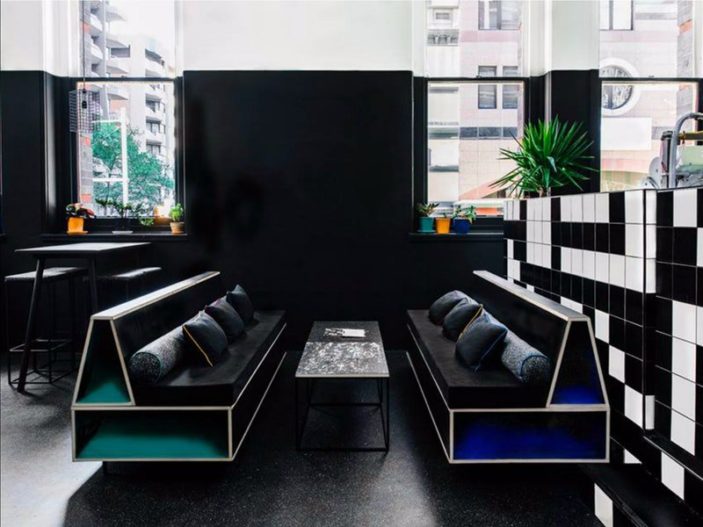 You’re going to want to head along to Black Pearl on Monday 10th September, because for one very special night only, the crew from Sydney bar PS40 will be taking over and showing locals just why they are the current holders of the title of “Best Cocktail List in Australia”.

They’ll even be shaping the décor slightly, turning the space into an immersive environment with graffiti and neon signage, plus a bubble machine. 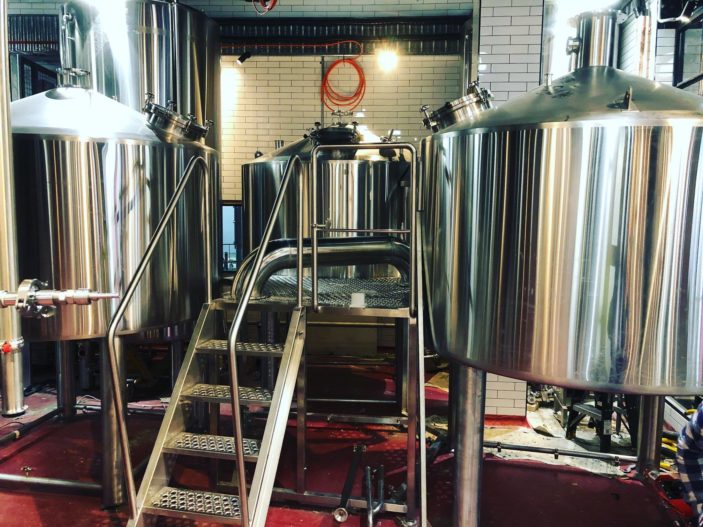 Melbourne CBD is about to get a massive new addition to their famous craft beer scene. Urban Alley Brewery is ready to lift the lid on their digs in the new District Docklands precinct, with a big difference set to distinguish them as trailblazers in the industry. They will be the first Australian brewery to make use of a biodegradable can holder called EP6R made from spent grain. The viable alternative to plastic will bring the sustainability discussion over to craft beer, with Urban Alley Brewery only the fifth brewery in the world to implement its use.

The brewery’s signature Urban Ale has already been in the market for two years, but once the space is open later this month craft beer lovers will have access to more SKU’s including Urban Lager, Urban IPA, and Urban Dark. There’s also a steady plan in place over the next 12 months to release three new core beers as well as up to 20 brewers and seasonal releases, in addition to tripling sustainability initiatives thought partnering with Victorian farmers to recycle high protein and alkaline water for agriculture as well as donate spent grain. Look out for a few brand collaborations too, like one with Archie Brothers and The Petting Zoo as well as presence at festivals including Beerfest and GABS.

The space is being described as “NY loft meets Melbourne warehouse”, a no doubt trendy hook for locals heading along to the 550-capacity brewpub that’s linked to a production facility. An on-site bio-waste plan is also part of the facility, allowing for spent grain to be broken down and repurposed as fertilizer, a process that also creates natural gas which will be used to power the brewery. 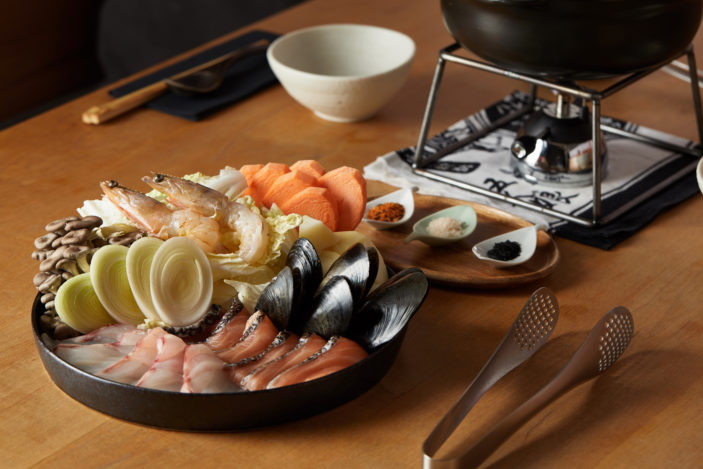 Back in June, Melbourne’s discerning ramen lovers got a true gift from Master Den (Izakaya Den, Hihou) as he took over the former Kappo for Master Den’s Poppu Uppu. The temporary ramen joint was designed to give Melburnians special versions of shabu shabu like one with a konbu flavoured both served alongside a plate of wagyu rump, topside and sirloin 6+, with plenty of other options.

While the pop-up was aimed to keep locals warm throughout winter, it’s proved so popular that Poppu Uppu is still operating throughout September. A closing date isn’t in sight yet, but it’s best to head along before it’s too late. You won’t want to miss the Hokkaido-style Seafood Nabe, which has a light flavoured broth and is filled with Tasmanian salmon fillet, local mussels, mackeral, and other goodies like local flathead fillets, New Zealand pippies, Coffin Bay oysters, Crystal Bay prawns and Harvey Bay scallops.

Rutherglen in the City 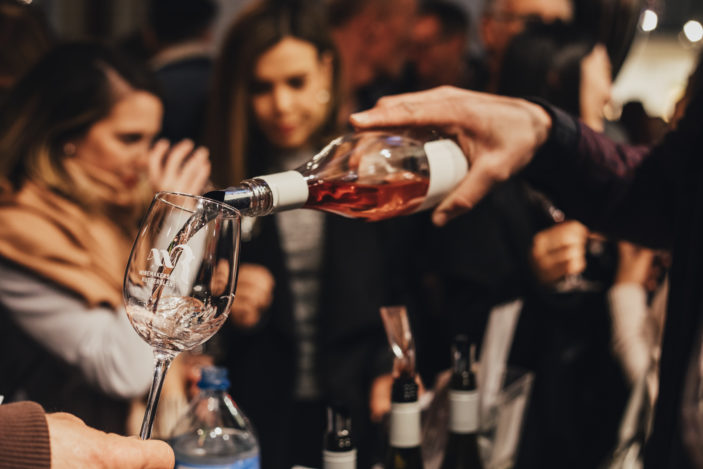 Across two days, Saturday 22nd and Sunday 23rd September, wine enthusiasts will want to head along to The Atrium at Federation Square for the second annual Rutherglen in the City showcase event. 17 winery cellar doors will be on hand to highlight the Rutherglen winemaking region in North East Victoria, popped up alongside a bar serving Muscat cocktails and food from Happy Camper Pizza and Beatbox Kitchen.

For a tasting fee of $5, guests will be able to walk through all cellar doors and taste wines from 17 different producers, including a few cellar door exclusives not usually available around the city. Wine will also be available for purchase at cellar door prices, which alone is enough reason to head along to the free-entry event, especially seeing as Rutherglen is best known for some of the most incredible Muscat in Australia, along with Durifs, sparkling reds, and alternative aromatic wines like Marsanne, Viognier, Roussanne, and Ugni Blanc.

The Return of chotto

Fans of the beloved cult Japanese pop-up chotto, which was located in Fitzroy from 2016-2017, will be happy to know that the incredibly popular restaurant will be given a second life this month as it takes over the kitchen at Supernormal Canteen. Owners Brendan and Caryn Liew, who opened chotto to widespread acclaim, will be cooking up a special set menu in celebration of their new book Tokyo Local: Cult Recipes from the Streets that Make the City.

Seeing as chotto was best known for their ryokan-style breakfasts and kappo and kaiseki-influenced dinners, we think it’s safe to say you can expect a lot of bold Japanese flavours, cooking up into dishes like Kingfish Tartare with dashi jelly, shiso flowers and tobiko, Prawn Croquette Rolls, Kare Pan, Tsukune Yakitori, Japanese Cheese with berry and cherry blossom jam, and Apple Pie Taiyaki with miso caramel. 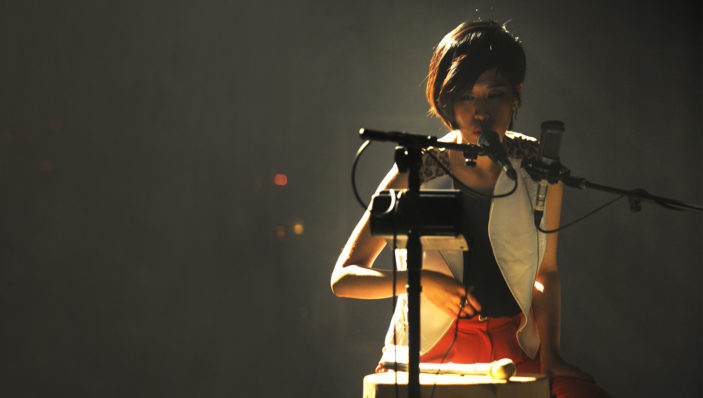 From Tokyo rappers to indigenous song men, cross-cultural collaborative concert series Meeting Points will be returning to Melbourne for the next few months following a very successful premiere season. The program, made up of never-before-seen works and experimental improvisations, has been curated by renowned trumpeter, composer and the Artistic Director the Australian Art Orchestra Peter Knight, aimed at showcasing artists from Australia and Asia, all backed by Australia’s leading music ensemble.

The series will exclusively take over the Art Centre Melbourne, transforming the venue into a scene of intimate pop-up venues from secluded rehearsal rooms to historic foyers, and the famed Fairfax studio.

The first event in the program, Hand to Eart, will have its world premiere on Sunday 23rd September. It showcases a number of new international partnerships by the Australian Art Orchestra, including one with a leading jazz vocalist from Korean, Sunny Kim who will be paired with Daniel and David Wilfred, song men from the Yolngu homelands of North-Eastern Arnhem Land.

Performances on the program will stretch all the way into 2019, but make sure you get in early this month to witness some of the biggest and best premieres. For a full run down of the program head to the website listed below. 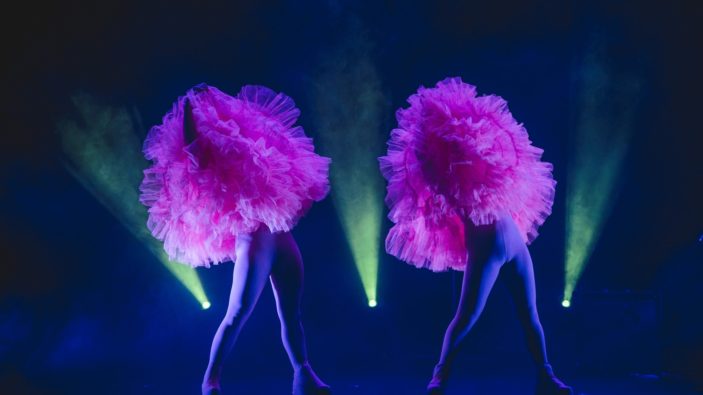 Get ready for one of the state’s longest running and most popular indie-arts festivals as Melbourne Fringe Festival returns from Thursday 13th to Sunday 30th September. The event is always one of the city’s most exciting, and for 2018 it will feature 448 events across live art, comedy, cabaret, dance and physical theatre, music, circus, puppetry, live art, and immersive social events. If you’re looking for something different to do this month, then scanning the program on their website is an absolute must; it often leads you to some of the most provocative performances in the country, and with this year’s festival themed towards taking audiences out of their comfort zones, you’re almost guaranteed to find something you’ll be talking about for the rest of the year.

The Fringe program is always so stacked with quality that it’d be foolish to try and pick out just a few highlights. You’re best off finding what works for you on the website listed below.