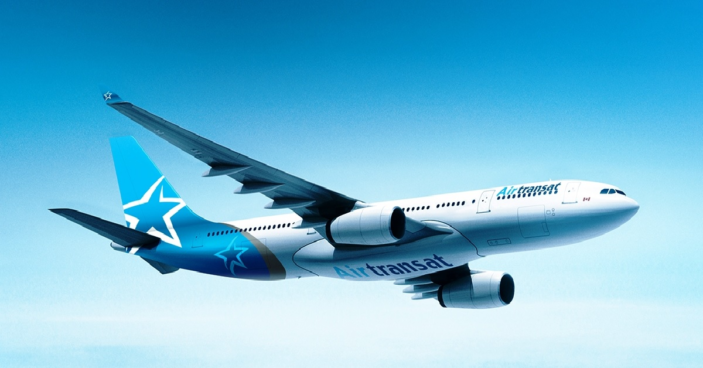 While most commonly used for Canadians looking to travel abroad, Air Transat do have a number of domestic services in a network dominated by the country’s two biggest airlines – Air Canada and Westjet.

One route that just about all these airlines share is the quick hop from Toronto (either Billy Bishop or Pearson) to Montreal, with Air Transat offering one or two services a day – much less than their competition.

I recently flew that route, and here’s a look at the experience as an Australian travelling on Canada’s third largest airline.

Checking In & Security at Toronto Pearson

You can check in online 24-2 hours before your flight, which they make pretty easy. And they don’t charge you to pick / change your seat when you check in, so they’re already doing better than the cheapest ticket type at Westjet.

However, potentially because I have an Australian passport, they didn’t send a mobile boarding pass – making for a bit of a rush in the end to the check in gate to get a boarding pass, an hour before the flight was due to leave. Indeed I flew a little too close to the sun with this one, as is oft the case.

Thankfully the security area near their counters in Terminal 3 wasn’t too busy (though others were – so a good reminder to always check other security lines where multiple are present), and staff were incredibly helpful to print out the pass for me. It took about 20 minutes to print my boarding pass and pass through security.

Most won’t have to go to the ticket counter, however: they do have a bag check & automated ticket machines, too.

At the Airport – YYZ

There are a lot of food and drink options available in the terminal, with flights offered domestically and internationally (except to the U.S., which has a separate entry to the A gates of Terminal 3 due to the need to pass customs). The wi-fi was fast enough in the airport to download a bunch of Netflix series, which was great as I’d forgotten to do that before leaving home. And I had plenty of time to grab an iced tea before the flight.

There was a good amount of leg room, and USB chargers at the seats. Seats were basic, but comfortable enough.

The airline provided a complimentary drink service just after take off with soft drinks, tea, coffee, juices. Beer and wine were available with a credit card. The descent started 35 minutes to so after takeoff – it’s a quick flight! So it’s impressive they were able to come through and serve everyone before they started to land.

There was a wi-fi signal but I couldn’t get it to work, so not sure what the story was there. Just enjoyed some of the aforementioned pre-downloaded Netflix series.

I only paid for the ticket that included a 7kg under seat carry on, though I had a backpack and a tote bag for my jacket. But that wasn’t an issue – no one weighed anything and it all fit under the chair in front of me anyway! But you know how some airlines can make an issue of it… so it’s always appreciated when they don’t!

From friendly staff at check-in, to a comfortable ride with a drink in hand and limited dramas, the journey from Toronto to Montreal was a pleasant one indeed with Air Transat. They only fly once or twice a day between the cities, so it does come with more risk than some of the competition who have more regular services, but if you’re happy with that, they’re a great airline. And unsurprisingly, they offer some pretty competitive prices, too. I got this one for a steal.