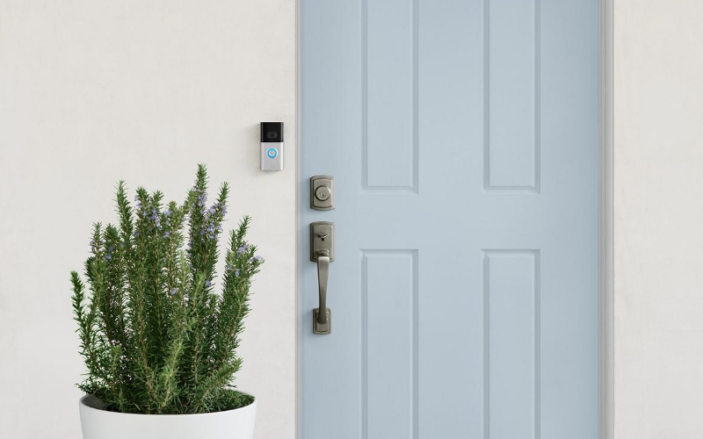 With Ring, Amazon have one of the more flexible and feature-rich ecosystems in smart home security tech. The variety of stick-up and floodlight cams makes Ring the most viable choice for those already in the Alexa ecosystem, and the decision to remain there is only stronger with now the brand has moved up to the Video Doorbell 3 Plus. But is this new-gen device the best option out there?

The completely wireless, battery-powered video doorbell is the latest iteration on a series that started six years ago, focused on making meaningful changes to this smart home essential to improve clarity and detail. There’s also the holy grail of video doorbells in 2020, that being the buffering pre-roll tech that records and displays video several seconds before a motion event – keeping in pace with direct competitors like the Arlo Video Doorbell, which conceives the same tech as “Foresight”.

The design team isn’t switching anything up here, with the 3 Plus featuring the similar “slim but not too slim” design as its brethren. It measures in at 5.1 x 2.4 x 1.1 inches, making it significantly taller and wider than the Ring Doorbell Pro, but not so much as to look awkward and bulky. Fitted next to my front door, it’s large enough to be easily noticed by would-be-button-pressers, but slim enough to make up for Ring’s rather blocky rectangular design.

The thickness is thanks to a rechargeable lithium-ion battery pack, which couldn’t be easier to remove and charge using the included USB cable. In fact, the whole thing is easier to install than I would have thought, which is a small but meaningful step forward for those who have been hesitant about committing to a specific smart home ecosystem.

And by specific, I do mean once you settle on Ring you’ll be staying firmly within that family. There’s no support for Google Assistant or Apple HomeKit.

The top portion of the doorbell, glossy and black, houses the camera and speaker, while the bottom faceplate is interchangeable between two colours – Satin Nickel and Venetian Bronze – and fits over the large circular button which, on approach, is illuminated at night by reasonably bright LEDs.

Notably, the back panel also features terminals for those who would rather use existing low-voltage doorbell wiring rather than rely on the battery pack. It adds a few steps to the installation process, but at least you won’t have to worry about the battery running out at a time when the doorbell is needed. 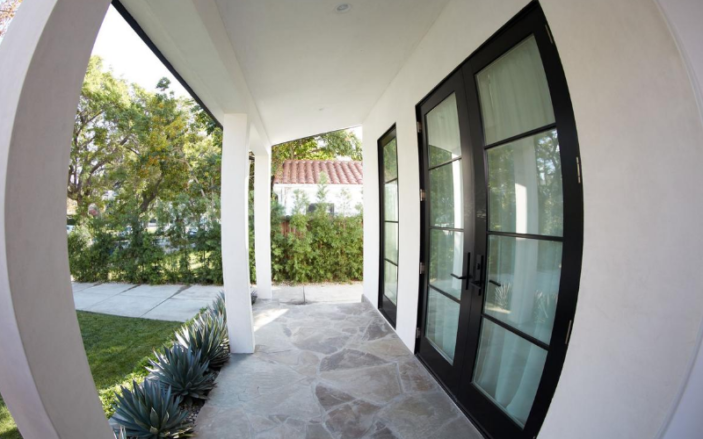 3 Plus is what Ring’s Video Doorbell should have always been, just better with more clarity and that handy pre-roll feature. The latter is more than just an incremental change, but the value of pre-roll isn’t really apparent until you actually need it. For me, it meant being able to see delivery men walking up the drive-way, with the feature showing four seconds of activity before an event is triggered. Hardly useful, but its easy to imagine a situation in which it would be.

Pre-roll is, however, recorded in low-quality black and white to save on battery, and it doesn’t include audio. An improvement in whatever fourth-generation Ring has in store will likely be focused on this feature, especially its function at night. Unfortunately, Pre-Roll for the 3 Plus just doesn’t work.

Aside from pre-roll, the Ring works as you’d expect any modern video doorbell to do, it just does it all more efficiently. This is largely credited to the the dual-band Wi-Fi radio which supports both 2.4GHz and 5GHz networks (as long as your router does too). This is handy for an instant connection with Ring’s separately-sold chime (excellent for audible differences between button presses and motion events), easier set-up, and quicker response for when you want to view the live feed.

I don’t own an Echo Show (or similar Alexa-enabled screen), so peering through my doorbell’s camera was solely via the app. When a notification popped up that someone had pressed my doorbell, or that motion was detected, it was in an instant with barely even a second delay. Switching to live view takes a bit longer though, with a few (usually three) seconds required for the app to connect to the camera.

The other new feature here is a closer detection range, allowing you to prescribe more immediate motion zones. Customisable motion zones are available on any Video Doorbell worth its salt in 2020, but tightening that up to 1.5 – 4.5 metres in front of your home is excellent for those who don’t want any superfluous motion triggers. And this too is an addition that works exceptionally well; the initial frustration of receiving motion alerts for just about any car that drove past was easily fixed.

Granted, I don’t live on a high-traffic street, so the standard customisable zones were more than enough for me.

As useful to avoid unwanted motion events is the “People Only” Mode, which does a reasonably good job at discerning humans from, for example, birds – weeding out the amount of dings and accurately informing me when a person was on approach (usually a delivery guy). Although do note that this feature is only available to Ring Protect subscribers, and the device comes with a free one month trail.

Video records at a sharp, detailed 1080p which is brimming with colour accuracy during the day, and switches to clear black-and-white at night. The narrow aspect ratio is standard for most Video Doorbells, but Arlo’s latest sports a handy 1:1, which would have been appreciated here given it offers a more accurate and complete picture of what’s in front of the doorstep, including the ground (so you can see any delivered packages for example).

Video during live view is similarly sharp but there is a tendency for fast motion to blur, creating that annoying blocky effect on people’s shoulders when they turn to fast for example. Albeit this only lasts for an eyeblink.

As expected, you’ll need to be a Ring Protect member to access recorded videos in the cloud, which again makes it essential that you’re already in the Ring ecosystem or are planning to stay within it.

It seems Ring didn’t skimp when it came to the microphone. The two-way audio between my phone and the doorbell was clearer and more focused than the competing product I recently tested from Arlo, with accurate noise cancelling so the person on the other end could hear every word. Although given that my street is as quiet as a mouse, I had to keep a car running in the background to test this out, and the driveway is a fair distance from the door anyway.

Snapshot Capture is a handy feature which takes a photo every now and then so you can see in the app what the scene in front of the doorbell looked like moments ago. This is a kind of assurance in case the doorbell doesn’t pick up motion 100% of the time. This would be most valuable for those installing their doorbell in busy, high-traffic areas but for me, on a quiet suburban street, it’s a negligible feature. Especially since the snapshots save at a very modest 640×360.

I’ve only had this for a month so can’t speak to the promised battery life of six weeks to two months, but currently it sits at 26%. So six-seven weeks seems accurate. Regardless, because I don’t need the doorbell running continuously (again, quiet street – crime was rising in the past few months, but seems to have calmed down), I can easily take out the battery and give it a charge. It does seem to charge quite slow though, so I’d have to write off usage for a full day.

There are some tricks to save battery life. Namely this includes turning off motion triggers or keep the doorbell in “home” or “disarmed” mode (as opposed to “away”) so it isn’t working as hard with motion alerts. Turning off HDR video will also, obviously, conserve battery life.

The major features of a Video Doorbell in 2020 work on weeding out unwanted motion detections and giving you exactly what you need. From that perspective, Ring has made a necessary step forward with the 3 Plus. There’s definitely room for improvement, but most of the competing doorbells which do some of these features better, are wired. The 3 Plus is the only Pre-Roll enabled doorbell out there that can run just on battery.

If you’re looking for a wireless option, and you’ve already for Alexa-enabled devices handy, then the 3 Plus makes the most sense. However, it’s disappointing that they’ve made this an exclusively Alexa advice, whereas the Google Nest Hello is at least generous enough to include Alexa in its scope for voice assistants.

Support for IFTTT is also a welcome addition, letting users set up Applets which work with other smart home devices like Hue lighting.

In any case, the usefulness of having Pre-Roll on a wireless doorbell cannot be overstated. High-traffic users will get a lot of use out of this feature, so I’m hoping the next-generation improves resolution and has the feature working at night.

The Plus 3 is, however, fairly expensive compared to competing products. At A$369, it definitely doesn’t justify an upgrade from previous models unless pre-roll is of particular value to you. For comparison, the Arlo Video Doorbell is A$289, support Alexa and has both Google Assistant and Apple HomeKit in sight with future updates. But it’s wired. The main point of difference with the Plus 3 is that it finesses all these features well and it offers both installation options for extra convenience.

Highlights: Pre-roll on a wireless doorbell; very easy to install; seamless and instant connection with a Ring Chime; excellent two-way audio; wide field of view; dual-band Wifi; clear and colour accurate during the day; works with IFTTT
Lowlights: Pre-roll is woefully low resolution and doesn’t work at night; battery life seems reasonable but could be better; aspect ratio would be more ideal as a 1:1 square; only able to use Alexa.
Manufacturer: Ring
Price:A$369
Available: Now

Review based on unit supplied by Ring.