Thanks to the deluge of connected home devices on the market, it’s highly probable that most households are going to need to reconsider how they handle their Wi-Fi. That’s particularly true for larger households which may have patches where the signal is a bit weaker than those closer to the single – likely ISP-supplied – router which. This opens up the need for a mesh Wi-Fi system.

Luckily, there’s plenty of those on the market now, and as Amazon eero’s recent launch into Australia has shown, they’re getting less expensive by each year.

With the eero finally arriving in Australia, asking why the company took so long to reach this part of the world is a fair question. Mesh Wi-Fi is a huge market nowadays, with systems from the likes of Google, Linksys and Netgear ever-present in your local electronics store, but eero is still the first to really bring the idea of mesh networking into everyday households.

Though it may not be the most feature-rich option in Australia right now, especially when Linksys are prepping wellness pods, it’s certainly one of the most value-conscious. One eero node will set you back A$199 while a three-pack comes for A$429. That’s by no means ‘cheap’, but its still less expensive than say a 3-pack of Nest Wi-Fi, which usually retails for A$549.

So is value enough? We tested a 3-pack to find out, although results are skewered towards an average-sized house.

Amazon’s purchase of eero last year raised a few knee-jerk privacy concerns, but most have been largely quelled with the promise that the once-independent company has not changed its privacy policy since the acquisition.

Concerns are always genuine and warranted, but in general your ISP is going to have much more information about your internet usage than your router. eero state the devices only collect minimal network diagnostic information, necessary for performance improvements and stability. You’re giving away basic information from each device connected to your router, but it’s really not much more than is necessary – like location of the specific nodes, type of device etc. 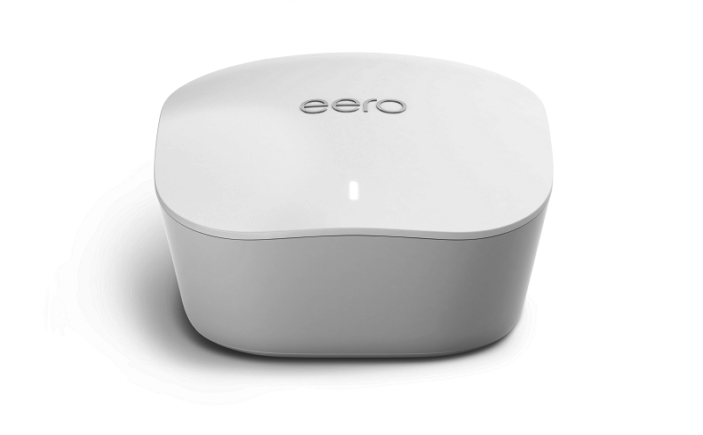 As far as mesh routers go, the eero isn’t breaking any of those uniformly white and minimal design trends. But it certainly perfects them, with a low profile and a rounded slim body that can easily be tucked into the background of most design schemes.

You simply connect one of the eero units to your internet modem (which is probably NBN by now) and then choose where you’ll place the other eero devices; they all connect wirelessly (although all have 2 x LAN ports) to one another to amplify your internet connection and ensure optimal performance in every corner.

We don’t all live in mansions though, so not everyone is going to need this. But having just one isn’t such a bad idea, especially if you’re going to be working from home from now on and absolutely cannot deal with network blips.

Just one of the units can cover up to 140sqm of space, which should give you an idea of what kind of extended coverage you can expect for those high-demand devices you’ve placed in the far-reaching corners of your Double Bay mansion. A three-pack offers coverage for up to 460sqm, which is more than you probably need. 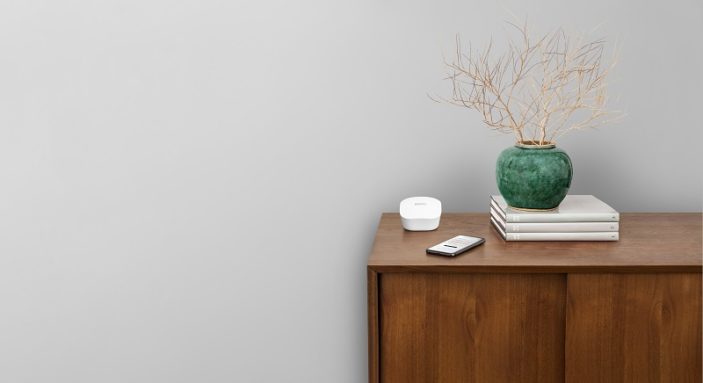 The eero that has launched in Australia is not the Pro version, so you’ll “only” get a dual-band Wi-Fi system here, with 2.4Ghz and 5Ghz networks working simultaneously. Which is fairly standard nowadays. There’s little doubt the Pro version will launch in Australia eventually, which comes with a third 5GHz band so you have more speed to share amongst more devices. Of course, this will only be of use to those with big houses that also have numerous modern smart devices (or, you know, offices) like 8K TVs and such.

Although dual-band means you won’t get a dedicated backhaul connection, which limits your max speeds in theory, but eero is still smart enough to maximise data rates so this is likely to be of no issue. There’s no Wi-Fi 6 either, but as long as you have a good internet connection you’ll notice a significant increase in performance throughout the house.

Did I have any issues? Not at all. But as mentioned above, my two-storey house isn’t quite the supersized abode eero had in mind for the three-pack. There are two corners of the house which seem to fetch slower speeds at times, and placing an eero unit nearby seemed to fix that rare issue completely.

My home is modest with smart devices. There are a few Echo speakers, some Google speakers, a 4K OLED, several Hue lights and a decent security camera set-up. I imagine a lot of budding smart-but-not-quite-there-yet homes sport similar amounts, and for those running at this standard, the eero ensures a seamless communicative experience amongst devices. I’d say say it’s more than necessary, but at least I can run around the house on Facetime without drop outs or stutters now.

Apple users would be glad to know the eero supports HomeKit, which is an extra layer of security those still concerned with privacy may have. You can have a firewall for each HomeKit device and stop them from communicating with other Wi-Fi devices if need be.

Although they now fall under one of the biggest and most resourceful tech companies in the world, eero are yet introduce a model that defaults to 4G/5G data when your internet connection drops out. So if you’re connection drops due to say maintenance in the area or just a stupid ISP, then the eero will also stop working. That’s not a good look, especially when there are other mesh systems out there who rely on this grace feature to assure home-workers they’ll be able to continue plugging away during rough patches.

The mesh wi-fi units are just that. There’s nothing else. No speaker to double as an always-listening device, no motion sensing or the like. As said above, these aren’t feature-rich units, they are simply there to do what it says on the packet and do it while looking very, very attractive.

The main issues with the eero units are what they lack, rather than what they bring to the table. No extra features does hurt the eero’s position in a market that is now stacked with mesh Wi-Fi options, but at least they arrive at a time when more people are getting into the idea of building a smart ecosystem, and there are more of us working from home with the need of fast and seamless internet speeds.

Though they aren’t quite “cheap”, a reliable three-pack at this price is excellent value for those who need it. They are smartly designed, work well, and are easy to set-up. If that’s all you’re looking for, and you’ve for the sizable house to justify it, Amazon eero is your new best friend.