I wasn’t really expecting to like Gears of War 4 as much as I did. The Gears series is frequently everything that bores me in modern action games — template-like, gravel-voiced roid bros charging headfirst into military fist-bumps excessive chainsaw-related gore. The series also found its formula from the jump and didn’t deviate far from it over […] 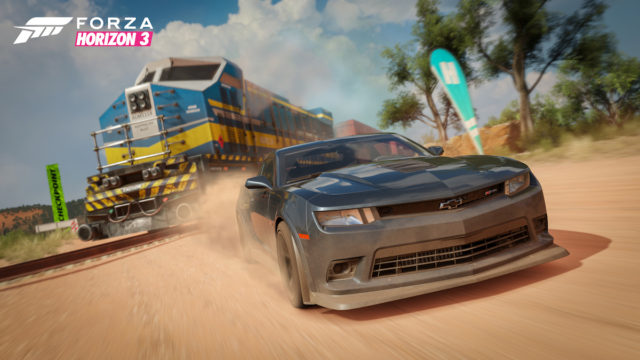 One of many developers in Australia for Xbox FanFest and EB Expo over the weekend, Mike Brown is the senior game designer at Playground Games, developer of the recently released Forza Horizon 3. We were able to chat to Mike about the game’s Gold Coast setting, its new features and what’s in store for fans post-launch.

With Xbox FanFest and EB Expo both kicking off over the weekend, we had a chance to chat with Joe Nickolls, studio director of Capcom Vancouver, currently developing Dead Rising 4. We pelted him with questions about the upcoming invent-your-own-mayhem zombie adventure title.

GOD, I love the Forza Horizon series. It’s everything I want in a racing game — a balance of work hard/play hard — race now, then go where you like, in whatever car you want and just enjoy the act of doing that. It’s a total breath of fresh air, especially after the endless procession of staid, serious […]

There was a period between 2002 and 2007, lets call it the post-Ocarina of Time era, where action adventure games found a formula that worked and then stuck to it like glue. A plucky protagonist visits many, varied locations, delves into dungeons, collect treasure and items, upgrades their skills and eventually finds themselves in a showdown with […]

Gears of War 4 is set to launch on Xbox One and Windows 10 at the same time. The news came right off the top of Microsoft’s E3 press brief earlier today. This will mark the first time a Gears game has arrived on both PC and console at launch.

Microsoft have unveiled a new initiative called Xbox Play Anywhere, a long awaited uniting of their Xbox One and Windows 10 platforms that allows games like Gears of War 4 to be purchased once and played on either platform and will track your progress and achievements across both.