Two and a Half Stars

Based on the Tom Clancy Jack Ryan series, Jack Ryan: Shadow Recruit is director Kenneth Branagh’s foray into the political and economic espionage thriller field. It’s also the first to not be specifically based on a Clancy novel, but take inspiration from the series and create a new story for our central character. Setting the […]

Catholic guilt can be one pervasive beast and if ever there was a film to embody this phenomena it’s Philomena. This is the tragic drama/comedy that is inspired by a true story. It crosses three nations, several decades in time and shows the misdemeanours of an institution that should’ve protected its vulnerable charges. The film […]

The season has been hinting at Witch-hunters for a while but now they finally become a prominent part of the storyline. This steers the narrative into an interesting direction bringing with it fresh characters and conflicts and pushing the possibility of an alliance between Marie and Fiona. Meanwhile, Queenie educates Delphine on racial prejudice and […]

The horror genre has always been filled with a lot of rubbish. Audiences will pay to see anything if they think it will scare them, regardless of the quality. This has led to the success of many sub-par horror films in recent years. However, there has been one director quietly championing the return of proper, […]

As an adaptation of Lloyd Jones’ award winning novel of the same name, Andrew Adamson has taken this story and breathed a visually rich and emotionally moving story to life on the big screen. On the island of Bougainville it’s idyllic, with white sandy beaches and crystal blue water, palm trees that are as tall […]

Director David Twohy is back with another installment in the Riddick franchise and just in case you’d forgotten who the movie was all about; the title is a handy reminder. Riddick has a bit to live up to, considering its predecessors and the fact that big action blockbusters are all the rage at the moment. Vin Diesel once again dons his black […] 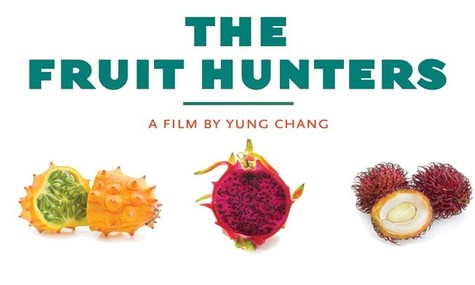 The surprisingly provocative nature of fruit is explored in The Fruit Hunters adapted from Adam Gollner’s book of the same title. This tantalising documentary delves into the history and cultivation of nature’s candy and the passionate characters that search the globe for the most elusive varieties. Through a combination of CGI effects, historical re-enactments and cultivator/preservationist narratives, director Yung […]

We Steal Secrets: The Story Of Wikileaks looks set to polarise audiences as much as the organisation’s founder, Julian Assange does. The documentary is the latest film from the Oscar-winning, Alex Gibney (Taxi To The Dark Side, Enron: the Smartest Guys In The Room). It attempts to paint a portrait of this organisation with snappy animation and a good musical […]