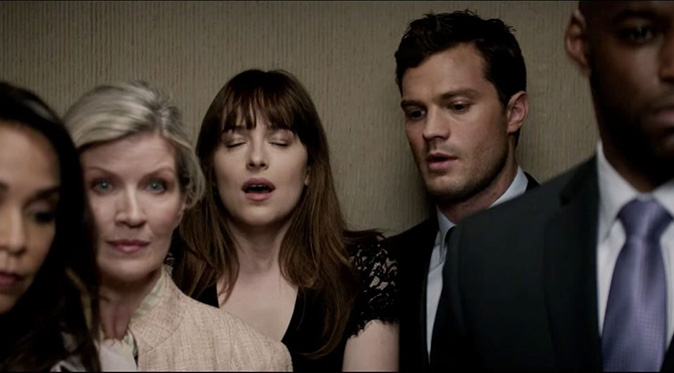 You know that the natural order of the world has been restored when a film featuring sexy time does better than a film about a man searching for his birth mother. Fifty Shades Darker, the sequel to 2015’s Fifty Shades of Grey, premiered in theatres this weekend and promptly took its place at the top […]

“Are you just going to stand there and stare Christian Grey”? Anastasia Steele asks a tall well-dressed Christian Grey. “Yes”, he replies. Cue another sensually slow, but saucy scene where the two embrace and then another few roughly edited scenes later, we’re back at Steele’s work office, or a bar with her friends, as we cut back […]

Universal Pictures launched the new teaser trailer for Fifty Shades Darker (directed by James Foley) on Tuesday. Following the narrative from prequel film Fifty Shades of Grey, the trailer reveals Ana (Dakota Johnson) getting involved in all affairs related to Christian Grey (Jamie Dornan) once again. Being reeled in for the second time with the […]