E3 2017: Dishonored sneaks back into your heart with ‘Death of the Outsider’

Dishonored 2 hit consoles last year proving to be a critical success. Developer, Arkane Studios, aims to keep this up with its new standalone title, Death of the Outsider. The trailer depicts the notorious Billie Lurk freeing her mentor and legendary assassin Daud, as they plan to pull off one of the most daring assassinations […]

I was in the minority when the original Dishonored came out back in 2012. When it seemed like the entire world was throwing roses at the game’s feet, I found it to be a competent if uninspired homage to the Thief series with a few superpowers thrown in. Dishonored 2 is certainly a better game than its predecessor in many ways, […]

Our Hands-On with Dishonored 2 leaves us confident of a richer, tighter sequel

Blinking about the world of Dishonored 2, I immediately fell into the rhythm of its 2012 predecessor. The slice of gameplay I got to explore was intriguing to say the least. My target: “Grand inventor of The Duke” and creator of the Clockwork soldier Kirin Jindosh. The hostage: Royal Physician Anton Sokolov. Inside the clockwork […]

Get Dishonored 2 a day early; watch the new gameplay trailer

Bethesda and Arkane Studios have released an impressive new Dishonored 2 Gameplay trailer entitled Kill the Grand Inventor, which shows off some of Emily Kaldwin’s brand new supernatural powers. The studio has also announced that anyone who places a pre-order for Dishonored 2 will receive the game a day before the official worldwide release.  The gameplay trailer gives fans a taste of what […]

Hot on the heels of our exclusive artwork reveal yesterday, the latest Dishonored 2 trailer has arrived. Titled ‘Creative Kills’,  it takes a look at several cool powers that players will be using within the game. 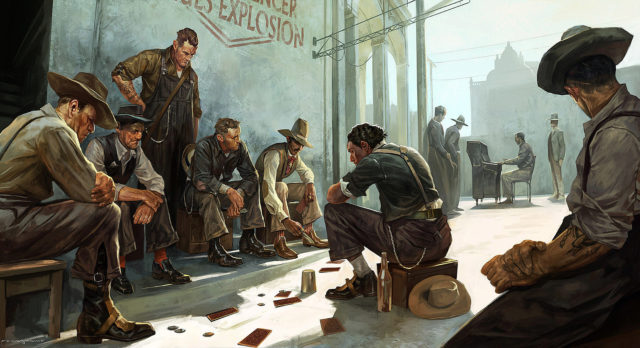 EXCLUSIVE: Check out this brand new art from Dishonored 2

With Dishonored 2 only a month-and-change away, the glimpses we’re getting of the game are becoming more and more enticing — from Korvo and Emily’s stealth and combat prowess, the world and, now, art. Hit the jump for your first look at the art of Karnaca, the city in which Dishonored 2 is set.

Like last year, this year’s Bethesda press conference at E3 had one specific game it wanted to talk about. Dishonored 2 has been in development at Arkane for a while now and fans itching for a taste of the gameplay have been treated to a buffet.