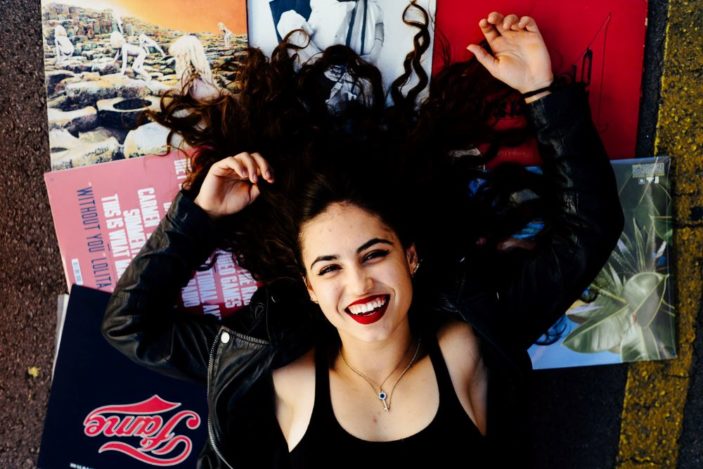 Versatile Northern Territorian Stevie Jean has just dropped another banger, this time a gritty tune called “Stress Me Out”. This follows on from her single “Bored” released earlier this year, and debut EP Blame Game which was released late 2019.

Her ability to shift genres seems to have no end. Her collaboration on a remarkable Hip Hop/Rap EP last year, Evenings with Tasman Keith is testament to that. “Stress Me Out” has a bluesy/grungy feel to it. The one constant with all of her releases is the golden voice, with its wide dynamic range. It’s gritty just when you want it to be, and always has just the right amount of sass.

The song draws on the experiences of her father, who hails from Cyprus. He is a captain on a boat, and Stevie talks about his morning routine on board. “He stands on the balcony outside the wheelhouse and he has this ritual; a bitter black coffee, a cigarette and he stares out into the horizon. He’s responsible for a crew of fifty, but at that moment he’s paying homage to the homeland,”

It would seem that part of that ritual has been passed onto Stevie – “Whenever the world gets too much for me, I too turn to coffee and nicotine. Fight with someone you love? Coffee and a baby cigar. Tragedy strikes? Coffee and a baby cigar. Like most things in my father’s culture, it’s also a celebration. Like the fast before the lamb at easter. Like spiced death cake at a funeral. It is balance. The caffeine reminds you that you are alive, the nicotine sends the world into slow motion. Absolutely atrocious for your health, but not a bad stress reliever.”

Enjoy “Stress Me Out” from Stevie Jean

Stevie will be playing at the Darwin Festival on the 8th August, if you are lucky enough to be able to get there. She will be performing as part of The Settle Down Sisters, with label-mates Caiti Baker, Serena Pech and newcomer Phoebe Wear. Get tickets HERE