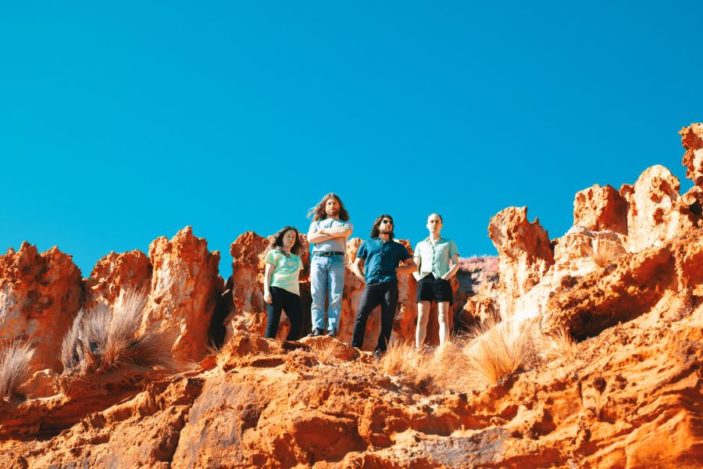 Ahead of its release tomorrow, we’ve got a sneak peek at the new single “Cut Myself Loose” from Melbourne band Husky. It features Husky Gawenda‘s dreamy vocals floating above Gideon Preiss‘s keys. It has some sweet guitars in it as well. This is signature Husky, with their gentle indie-folk mastery of getting you to lean-forward into the song, into their space, coupled with intricate musicianship.

“Cut Myself Loose” follows on from “SWYD” which was released in January. Prior to this, it had been a while since Husky had released any new music, with their last album Punchbuzz being released in June 2017. They do have a new record in the works which is great news. They are also apparently on the cusp of announcing a tour. So keep an eye out for more details on that one.

Husky Gawenda told the AU  “Cut Myself Loose is a song about travelling, about momentum. It’s about letting go of what’s lost to make way for the new and reaching out for the never quite reachable moment.”

You can pre-save “Cut Myself Loose” HERE