Track by Track: Gesticulations take us through All That Rings True 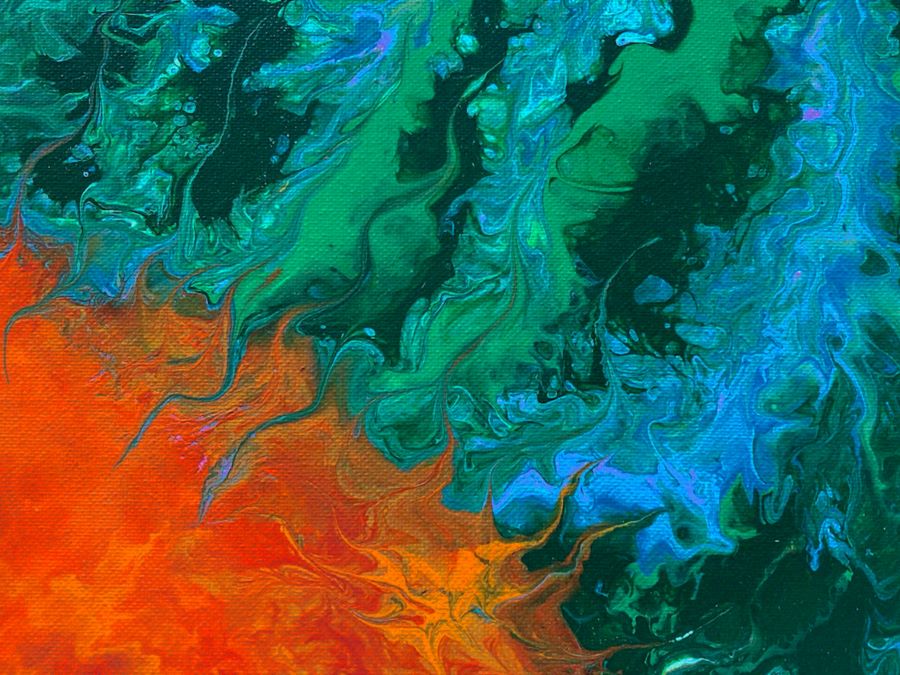 Gesticulations is a music project founded by Graham Ashton who has roped his good mate Benny D Williams into the fold. Essentially Graham provides the lyrics and vocals, and Benny drives the music. They are swimming against the tide in terms of frequency of delivery. This is the fourth album they’ve dropped since February 2021. It’s mind-boggling how productive these two are.

They have a great love for Lou Reed, which shines through on some of their songs. Humour is present, with a wink and a nudge, often when you least expect it. It’s sometimes disguised in a melody that may appear darker in nature. The opening track on All That Rings True, “Thank You Jazz” tips its hat to the ‘jazz cigarette’ pseudonym for a spliff, gave me a wry smile

There are darker moments in some of the tracks, but even then there is a feeling that it will be ok in the end. Their final track on the album, “Anything Can Happen” is a testament to that.

They’ve bought in an AU favourite, Leanne Tennant, LT, to provide guest vocals on “Fast Friends”. We think it works a treat.

We are delighted that again, Graham has written a track-by-track breakdown of the album. So do press <Play> and have a read into the background of All That Rings True from Gesticulations

Track by track – All That Rings True from Gesticulations

The lyric is based on the realization that each of us humans have challenges with difference vices. I have always loved the beat poets description of the spliff as a jazz cigarette hence “Thank You Jazz”. I sent the lyric to Richard Johnston (Speedstar/Out Ithaca Creek) and he send me a lovely demo. Rich joined Benny and I in the studio and he and Benny nailed their parts, We wanted to second half of the song to sound huge and everyone that came into the studio sang on the gang vocal. We were hoping for it to build like Beatles/Flaming Lips.

As we get older new mates are few and far between but incredibly precious. This lyric describes the joy of that feeling when you know you have newly connected with a like minded soul. I sent the lyric to Leanne Tennant (LT) and she turned it into this sweet tune. We had a great time in the studio with LT and particularly love her whistle solo and giggles at the end.

I was driving my son to work and was impressed when he used “ephemera” in a sentence and felt it would be a great word to build a song around. We invited Sam Depasquale from Spillage into the studio and build the song around his riff. This one brings a smile to my face which is nice on an album surrounded by such dark themes.

Too Good At Being Alone

The last line from the last album was a spontaneous harmony from Paul Lawrence where he sings “To Good At Being Alone”. I thought it was a timely lyric for me to write and came easily. I sent it to Richard Johnston (Speedstar/Our Ithaca Creek) who has loomed large on our last couple of albums. It feels like a song of acceptance. It started as an acoustic song and we were all inspired by Midnight Oil at the time and lent into their approach to percussion and harmonies. It’s a bit rough around edges but not devoid of charm.

Tim Steward (Screamfeeder/We All Want To) is one of my absolute favourite songwriters. He said some kind words about our first album and joined us for a song on our second album Threadbare. I was stoked when put his hand up for another crack on this one. This is a pretty dark lyric and Tim found a spot where I could relax into singing more than ever before. Benny and I get such a kick out of getting the opportunity to once again work with Tim.

This is a really old song that I wrote with Cam Mackellar in Sydney about 15 years ago. It ended up in The Shambolics live set nearly every time we played and has taken this long to record. We tracked it in one of our sessions with Brad Inglis (The Shambolics) and Benny overdubbed all of the guitar and encouraged me to sing in the high register in the choruses. Stoked that it is finally out in the world.

Another one of the darker moments on the album which was co-written with Brad Inglis (The Shambolics) and it is very clear that we both love The National. Brad played some mad guitar on this one and Benny added some freaky synth in post production.

This was originally a Shambolics song written as an ode to the beat poets. Each of our albums has a beat poem on them. Brad brought the bass line and Benny nailed the keys and drums and I got the opportunity to do a little free-styling over the top. Hopefully this provides another much needed lighter moment on the album.

Last year I spent an afternoon writing songs with my old mate Paul Lawrence and this was one of them. It started just as acoustic guitar and vocals and Benny worked hard producing it to the level we got to. Another gang vocal where everyone had a crack. Feels like it starts dark and resolves itself with some hope.

This is the most pure Gesticulations song on the record. Just Benny and I turning my words and our shared love of Lou Reed into something that sounds like us. The lyrical theme covers that feeling about how even the most consistently disappointing people in your life have the potential to surprise you.

All That Rings True by Gesticulations is out now on all major streaming services.