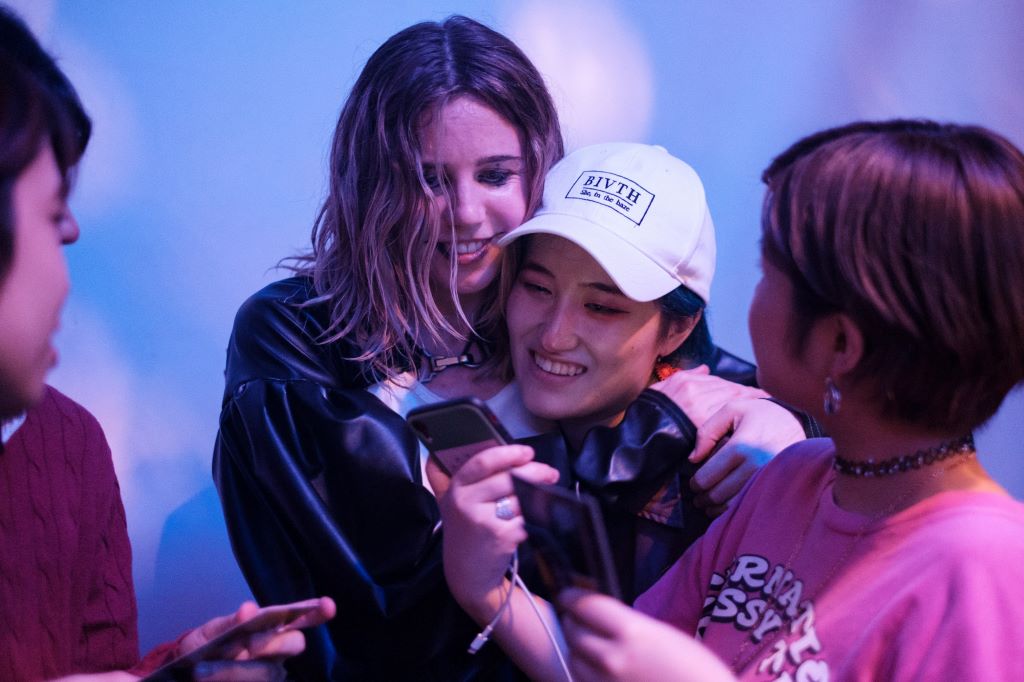 One of the absolute highlights of the live music scene in Australia in 2018 was catching Rackett. Their high-energy glam punk rock was incredibly great fun. It was always a night of immense passion, great musicianship, and total commitment. At the core was their lead singer Bec Callender, the driving force behind the band.

A few changes happened at the end of 2018 – their bass player, Ally Gavin left to have a baby, and the other 2 of the quartet, Astrid Holz and Kat Ayala left to head back to their own project. It was time for Bec to take some much-needed timeout and plan the next incarnation of the band. Behold a new version of Rackett, with an awesome new electronic sound. The first single has been released, “Machinations”. There is a link below for you to give that a listen. The creativity behind this new direction is inspiring.

Never one to do things by halves, Bec has taken Rackett to Japan for her inaugural tour with this new material. She has given the AU Review an exclusive look at one of the action-packed nights in Tokyo. They will be back in Australia shortly and have a couple of gigs lined up later in November. The details are below. 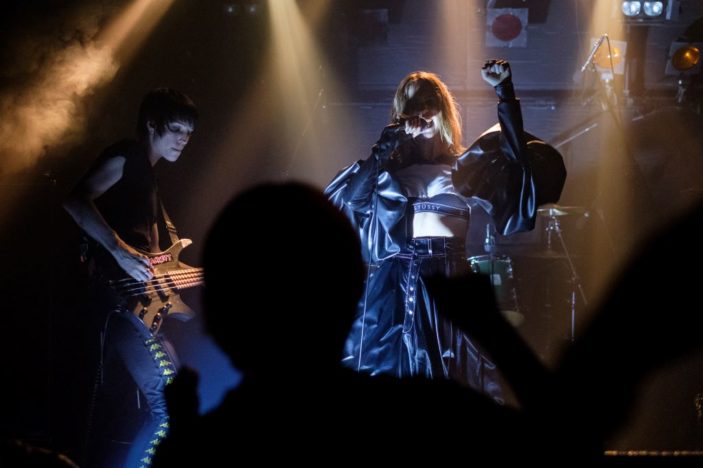 Crammed into a herd of drunk businessman crossing the street Shibuya, Tokyo, Japan, felt like home. Not the warm, wholesome kind, the Kings Cross at 3 am kind. It was a little dirty (for Japan), cheap and full of character.

I arrive at the venue, Club Goodman, it’s a music shop with an underground venue. I went down three flights of stairs into a basement underneath a music shop following a trail of band stickers and posters.

Arriving at the venue and soundcheck

After a quick soundcheck, I headed back out onto the street to find food and vitamins. There are thousands of these tiny jars of vitamin concoctions you can buy at 7 eleven. I have drunk more on this trip than I have in the last two years, mostly sake and mostly for the sake of meeting new friends and dealing with the exhaustion. I have found my favourite vitamin shot it’s called Hyper BB.

Everything in Japan is tiny and cute. Here is my little dressing room with tiny chairs, a tiny sink and a tiny TV.

This was a fun venue and the line up was weird and exciting.  I walked back into the venue to a three-piece girl band called Active Oxygen, the lead singer dressed as Chucky. I fell in love with Goofy 18; a super fuzzy bass and cute drums combo (the lead singer playing in a range of other bands on this tour). The next band I was not expecting; Yokowakez. I mean how could I expect a band all dressed as ‘Where’s Wally?’ and not because it’s Halloween but because that’s their cult following trademark and then you notice people the crowd also wearing matching stripe t-shirts and the band is playing kiss covers? WTF?

It was an awesome night, they all have been. The reception to the new show and (technical) challenges of playing in a new country with a different language have been worth the trip. It’s been so much fun and though I could stay forever I am excited to come home soon and play my hometown shows. 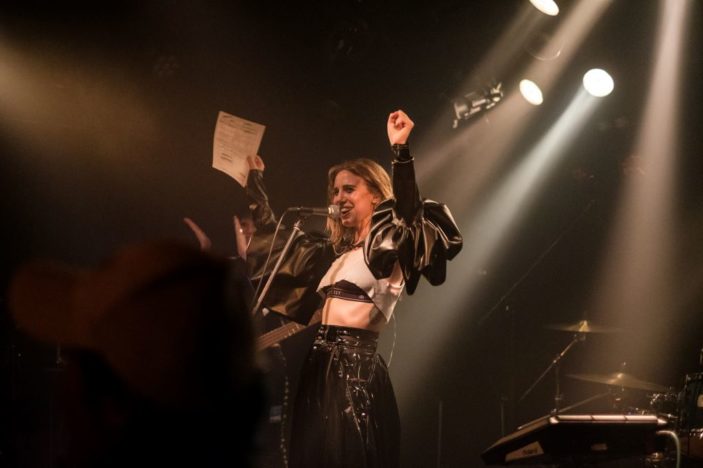 The latest single from Rackett is Machinations

Rackett has the following 2 shows coming up. 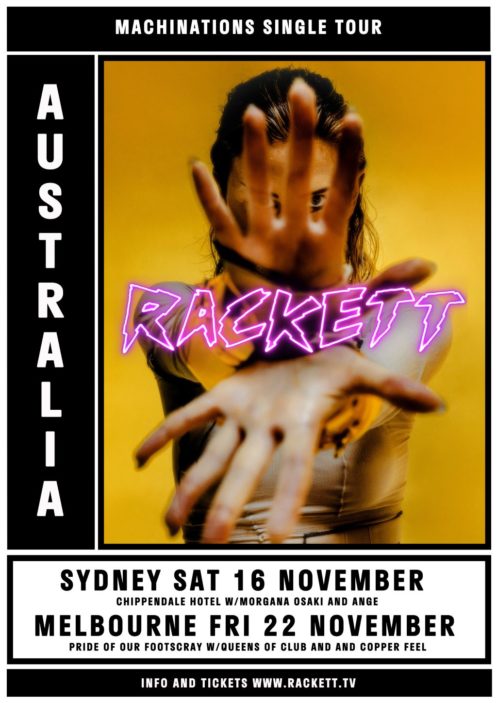