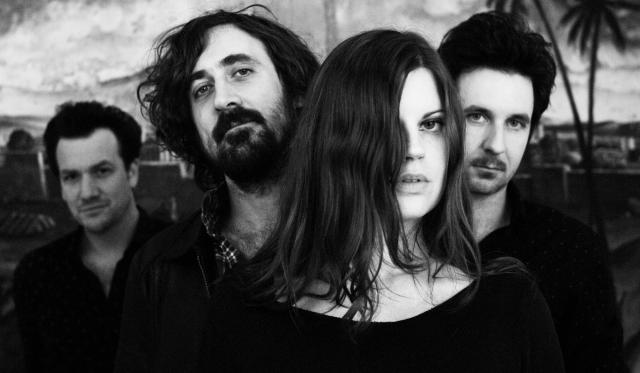 Update: a new date has been announced for the 20th Oct 2011: Mojo’s Bar, Fremantle WA. Article has been amended; full details for this show are below in the tour dates.

The Drones are without a doubt one of the most acclaimed and revered bands of modern Australian music. Famous for their exhaustingly brutal live shows, lyrical honesty, and uncompromising approach to their music, The Drones will take to the road to support the release of their Live DVD – A Thousand Mistakes (In Store September 16th 2011 independently through Shock Records).

“ …this sometimes wonderfully punishing, often exhilarating performance by a band who illustrate how ordinary those run-of-the-mill acts we saw at the humdrum ARIA awards are.”
Sydney Morning Herald

“The Drones, one of the best live acts in the country…” The Vine

“The Drones make wild, dark, intense melodic swampy rock’n’roll that comes from the nether regions of their collective subconscious.” The Age

Good friend Adalita will join them on the tour. One of the great local song writers of the past two decades, the Magic Dirt front woman will open each night with her hauntingly beautiful solo show.

A Thousand Mistakes has been recorded in 5.1 surround sound and will be released on DVD, with an accompanying limited edition of vinyl for collectors, this September. It features an intimate live session of rarely played songs from their career that spans over thirteen years and five studio albums, including tracks Stop Dreaming, The Best You Can Believe In, Work For Me and Cold and Sober.

It also includes a full live show at one of Melbourne’s favourite venues, the East Brunswick club, filmed in 2010, and a bonus disc full of live footage filmed all over the world between 2005-2010.