Sydney’s Loretta shares five songs they wish they had written 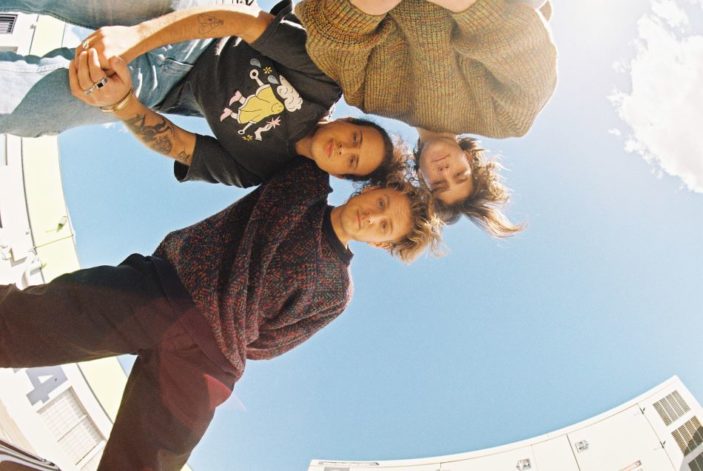 Sydney’s Loretta have been forging a name for themselves in the last couple of years, and it looks like they are cresting a wave of creativity. Headed by vocalist and songwriter Ellis Hall, they’ve created their own blend of alt-pop, taking cues from acts such as The 1975, LANY, No Rome and The Neighborhood.

Their latest release “when i saw u” has them exploring the joy of love while examining the intricacies of the relationships that stems from it. Ellis explains: “‘when i saw u’ is a chapter on acceptance and forgetting what made you feel so lost in the past. It’s basically about how there’s no substitute for physically being in the same room with somebody – the moment when all of the fights and misinterpreted texts fall away at the sight of the person you love.”.

They have released a video for the track, and it was put together by videographer and director Chris Lanzon at the helm. It was filmed in Artarmon in Sydney, with friends of the band making up the crew in the shoot. This kept it loose and fun during shooting.

As Ellis explained:  “We wanted to really capture the feeling of music with this video. We got together with Chris [Lanzon] and came up with the idea for the video pretty quickly, drawing themes from the song and some external references to help capture something really meaningful. The process was also really enjoyable, had a bunch of our friends there, the energy was really high and once we had everyone’s roles and parts down, we got it all done in a few takes.”

The track has an acute feeling of intimacy and authenticity. It glides and floats along, with the warm lilting vocals of Ellis, as it tugs the heartstrings.

To celebrate the release of “when i saw you”, and reflecting upon his own songwriting journey, Ellis has put together a list of five songs he wishes he had written.  It’s a pretty solid list, it must be said (even allowing for Robbie Williams!)

Loretta’s Five Songs they wish that had written

Lyrically this track blows me away every time I hear it, there is so much intention behind every word it always leaves me feeling very introspective. Right from the top of the track you can’t help but be engaged as the intro rumbles and then suddenly you’re struck with such a striking but catchy melody right out the gate. The production is clean but super interesting and the performances are all great, the 1975 really captured something with this track.

LCD Soundsystem “All My Friends”

‘All My Friends’ is unlike anything else I’ve heard. It has such a great feeling, it’s hard to put into words. The message of the song has always resonated with me, it holds a special place in my heart. It comes from such a raw that it’s hard not to relate in some way as a listener, that makes a great song to me.

This isn’t the only song of MGMT’s first album that I wish I wrote, it was a close call between ‘Time To Pretend’, ‘Electric Feel’, and ‘Kids’. ‘Electric Feel’ takes the cake though, its undeniably great. The whole track feels so good, the drum groove, bass line, synth lead, and of course the melody. You can’t help but love it.

Michael Kiwanuka is a mind-blowing song writer. His first album ‘Love & Hate’ had a profound influence on me when I first heard it and has remained one of my favourite albums ever since. ‘Rule The World’ is such a beautiful song, lyrically and melodically, but one of the most striking moments in the song is right as the backing vocals first enter in the first chorus. Goosebumps every time.

This is a “mum’s car” classic that has stuck with me for many years now. This song is so captivating the entire way through, it weaves between sections so effortlessly and grows to such a grand ending. What’s not to love about ‘Angels’? Beautiful melody? Check. Huge Chorus? Check. Killer bridge? Check. Iconic slide guitar part? Check. Can’t help but wish you wrote it.