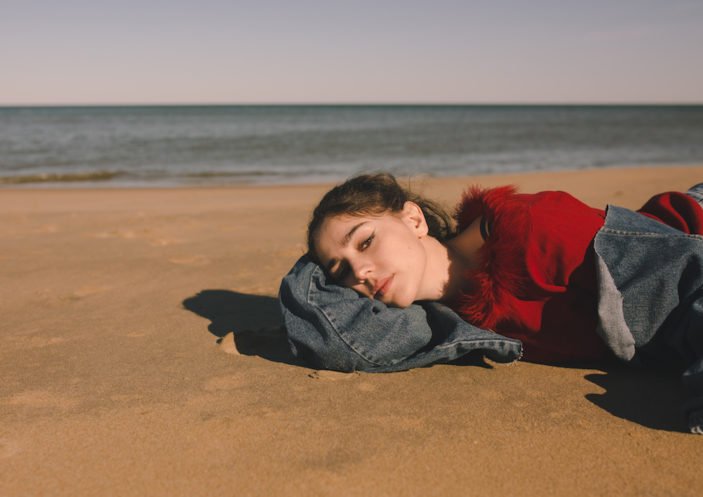 New York-based singer/songwriter Samia Finnerty’s debut album, The Baby, is making waves all over the world.

The 23-year-old explains that the album is about learning how to be yourself, by yourself.

Drawing inspiration from ’90s and ’00s pop/rock, her previously released cover “Never Meant” even got the nod of approval from Liz Phair herself. The Baby showcases her expressive and soulful voice, which makes the hooks in her songs all the more appealing.

Exploring topics such as fear of confrontation, power imbalances, the objectification of womens’ bodies, and criticising the flaws in the music industry, The Baby showcases a high level of maturity and observational skills.

The album was recorded and mixed by Lars Stalfors (Still Woozy, Soccer Mommy, Cold War Kids), which cements Samia’s sound firmly within that of her contemporaries.  Fans of Phoebe Bridgers, Big Thief, and Snail Mail are sure to fall in love with Samia’s music.

Samia joined the AU review to share five things that heavily influenced the making of her debut album.

Give the The Baby a spin and read on: 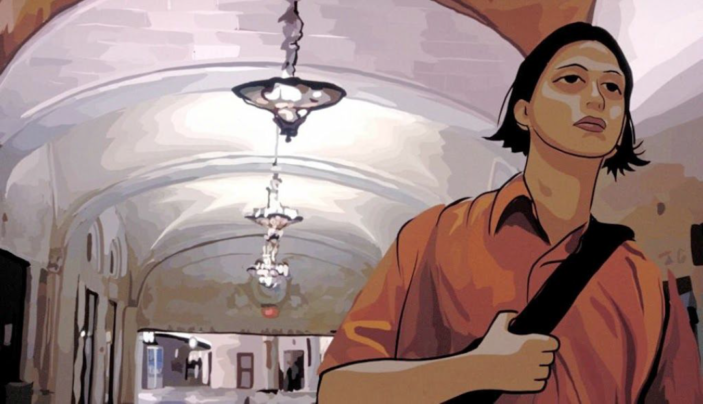 I have a note in my phone that’s just hundreds of quotes from this movie. It feels pretty juvenile in hindsight to be so inspired by a film that’s genre is literally “American experimental philosophical adult animated docufiction”, but it just resonated with me. It was rotoscoped in a way that seemed to visually represent how the world felt during the time I wrote this record. The Baby is about community and learning from/discovering my environment through the eyes of my peers, so I really felt like I could relate to the protagonist. He’s just asking a lot of questions and he never quite figures it out. 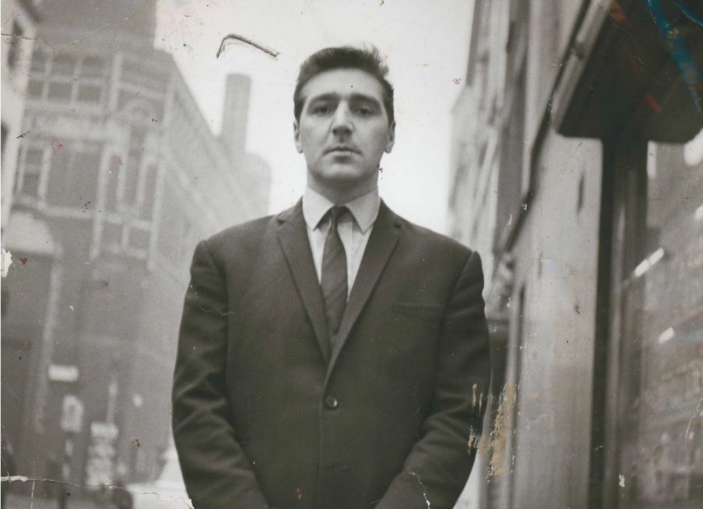 George Dyer was the love interest/muse of painter Francis Bacon. Dyer lived a pretty reckless lifestyle that revolved around drinking and burglary, which heavily inspired/dominated Bacon’s work for a period of time. Bacon offered him guidance and a window into a foreign world of affluence and bourgeois life. Dyer was highly irresponsible with Bacon’s money and quickly made enemies in the art world due to his poor etiquette, which only caused him to descend further into chaos. He tried to get Bacon’s attention with bad behaviour; he’d plant drugs in his home and phone the police or invite young prostitutes into Bacon’s hotel rooms when he felt ostracised by the art community. Eventually, Bacon found Dyer after he’d overdosed in their hotel bathroom and agreed with his friends to keep his death a secret for a couple days. He painted the Black Triptychs as an imagining of the moments before and after Dyer’s suicide. I wrote Triptych when I felt like I was vacillating between these characters, behaving erratically for my own artistic amusement. 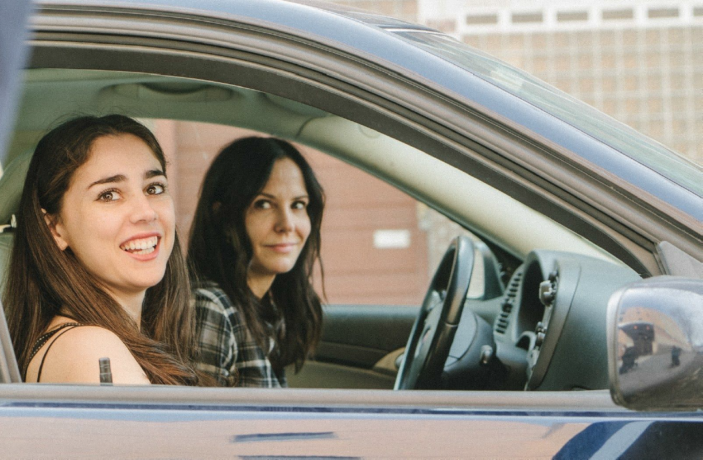 Mary-Louise is a mentor who has never formally agreed to mentor me but leads by example and always offers me support. She’s my favourite actor and my favourite poet. She wrote this book called Dear Mr. You that I read whenever I need inspiration or am feeling misunderstood. She reads my shitty poems so thoroughly and thoughtfully that once she wrote me a poem using only the titles of the ones I’d emailed her in the middle of the night. I love her kids, I love her words….the first thing she says when she sees you is never like, “how are you?”; it’s always specific and immediate like, “I had an idea for a photoshoot where you’re in this white gown and so I ordered it for you and also remembered this singer I used to see in cafes in the 90’s that I think you’ll love so I emailed you a link”. We do the same nervous hair twirling and stare off into space when we get lost in thought. I have a “Mothership” playlist of all the songs she’s sent me because we joked once that we were both from the same weird planet and just waiting to be sent home. She’s inspired everything I’ve written in some way.

“Same Dif” by The Happy Children 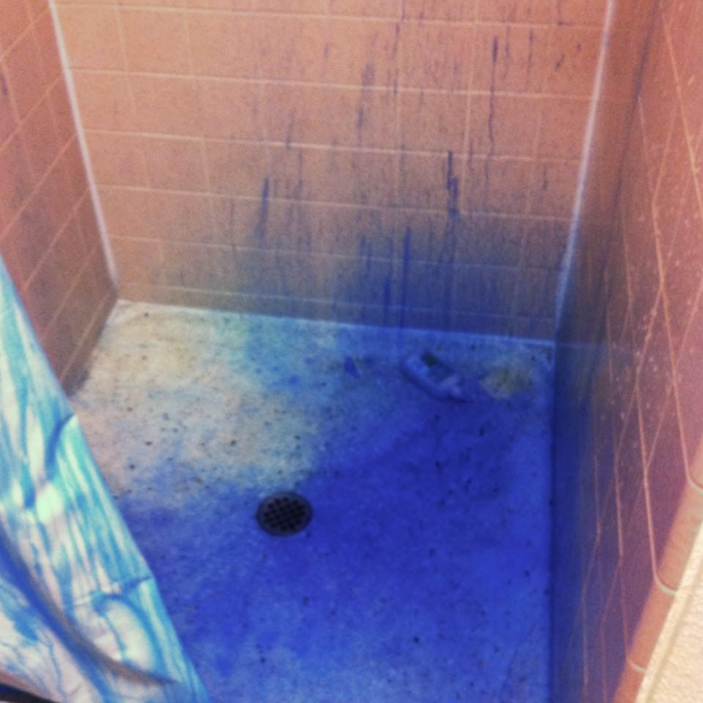 This is my friend Caleb’s band – he co-produced my record. I listened to this album every day for the whole summer before we made the album. I’d just never heard anything like it. Their lyrics are so poignant and relatable for being abstract on paper. Caleb’s voice is one of a kind. I think he’s one of the most important artists of our generation, without a doubt. Working with him was a fucking dream come true. One of the nights in the studio he started playing Happy Children songs and I accidentally revealed that I knew every word. 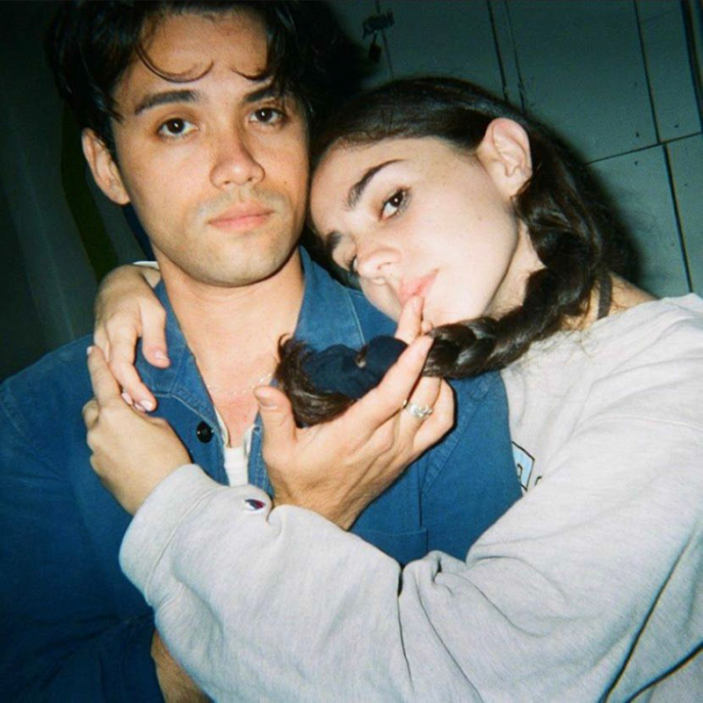 My friend Giullian’s had the same apartment in the East Village for as long as I’ve known him. First time I came over I was a teenager and on a date with one of his roommates – I immediately spilled beer all over his computer and he was so gracious about it. Date was a dead end but the beginning of a long friendship with Giullian and countless memories in that apartment. I’ve lived there for months at a time, cried there, gotten sick, fallen in and out of love, made friends, written songs, seen every tiny desk, watched infinite movies, sparred with his cat, etc. My friend Raffaella and I have the address tattooed on our torsos in each other’s handwriting. Our community would be lost without Giullian’s house. It’s where I wrote most of the poems that became The Baby lyrics.