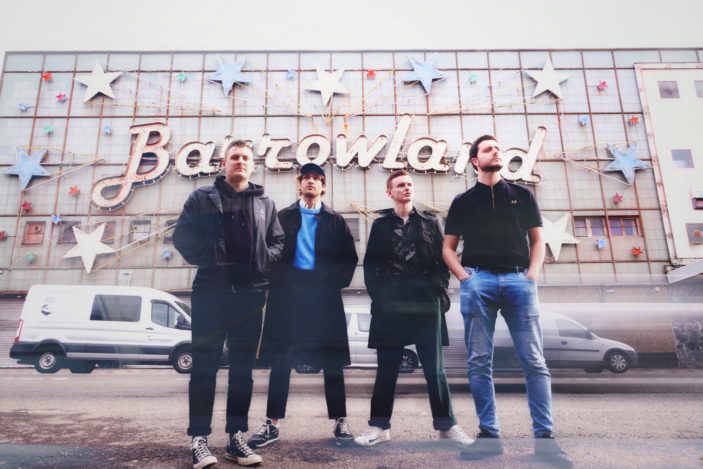 We’re kicking off October by adding ten more tracks to our Discovery playlist on Spotify and Apple Music. Our first Track of the Week for the month is “Mercy” the new single from Glasgow rockers Declan Welsh & The Decadent West.

“Mercy”, released earlier this week, is the first single from the band’s forthcoming second album, due next year. It’s billed as the start of a new era for the band, and they’re definitely sounding stronger than ever. According to Welsh, the track is about “how hard it is to chuck habits…” about “wanting to walk away from something and getting sucked back in”.

“I Couldn’t Trust” is the debut single from independent musician, artist and raconteur R. F. Coleman. It’s a vibey track that quickly gets it hooks into you, thanks in part to some quirky instrumentation and a strong vocal performance from Coleman. The single was co-written with Miami Horror’s Joshua Moriarty, with co-production credits going to Scott Horscroft (Silverchair, DMAs…) A strong debut, we can’t wait to hear what’s next from Coleman.

Sydney alt-pop trio Pretty Talks provide a glossy soundtrack to a relationship breakdown with retro synths and big basslines on new single “Hurt Me”. With silken vocals like this, you couldn’t possibly believe that someone would get sick of it.

Sammi Constantine is back with a fresh new sound, and in “Lemonade” has a track encouraging women to take matters into their own hands, literally. As  Sammi says “Have you ever had to fake it with a one night stand, just to get it over with… Sometimes our own hands know us best”. It’s an empowering song and destined for the dancefloor.

Sydney’s Loretta are back with an infectious slice of indie-rock with “Dad’s Mercedes”. They have a string of dates on the East Coast in October through to December. Check out their website for more details.

If you love garage rock, then you are going to love The Shrugs. “Charlie Brown” is a cracking tune that has the inner-west of Sydney seeping through its pores.

Closing out the week are two premieres, from Merryn Jeann and The Great Emu War Casualties.