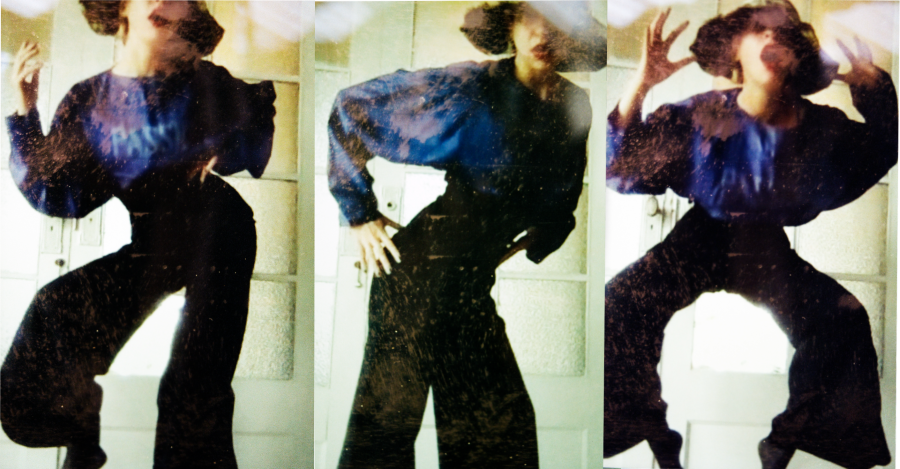 Australian artist Merryn Jeann has found herself based in Marseille in France in recent times. During her time in France, she has co-founded her own label, Rescue and Return Records with French native Etienne Tricard. Recently Merryn released a four-track EP, Live At le Trabendo, which was recorded in the empty “Le Trabendo”, an iconic indie music venue in Paris. We are thrilled today to be premiering the video for “Present”, one of the tracks on the EP.

“Present” is sparse, intimate and beautiful. With just her vocals and an electric guitar, it’s personal and honest. About the track, Merryn writes: “Present popped up one afternoon in a friend’s spare basement room in London, after a sleepless drunken night and early morning train travel from Paris a few years ago. I remember feeling pretty sick on a deeper level (than the delirium and leftover booziness) so I went out for a walk to get some fresh air and landed myself in a Chinese acupuncture session. It began with an observation of the tongue, which reveals the state of the body’s emotional and physical health. Mine was all red and rosy on the tip and coated with a thin white layer all over, which revealed ‘Qi stagnation – Stressed, tendency towards depression and emotional instability.’ I was moved by how true this rung, went home, sat on the bed in the spare room and let the whole song come through before I passed out with guitar still in hand. “

Yes, Merryn is based in France at the moment, but the video was created in Australia. Merryn directed the video under one of her many aliases, Maam Daam, along with her good friend Uma Chaghaghi. About the video, Merryn tells us:  “The video was made in an afternoon with two friends, Uma and Emily.  A party for one filmed on a hill in Coorabell, Uma’s bathtub and in the local bowlo club toilet block in Mullumbimby on Bundjalung Country.”

The video is perfectly paired to the song. The opening scenes in the bathroom are as intimate as the lyrics themselves. It’s as bold, honest and beautiful as the track itself.

Enjoy the premiere of the video for “Present” by Merryn Jeann.