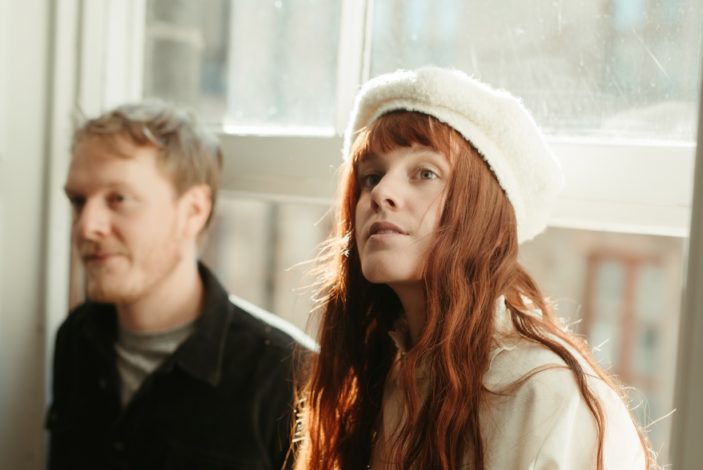 We’re easing into the new month with another ten tracks added to our Discovery playlist on Spotify and Apple Music. This week’s Track of the Week belongs to French brother and sister duo Camille and Robin Faure, a.k.a Black Lilys.

We’ve featured the duo before, and “New Era” is another strong release from them. The title track from their new album, “New Era” sees the pair at their atmospheric best. It’s punchy, powerful, and full of energy. One for fans of AURORA, Angus & Julia Stone and others.

“Cycles” is the new single from South Carolina multi-instrumentalist and producer Zach Moss. Written following a tough breakup, “Cycles” is an examination of the repeated, ‘cycles” of behaviour that lead to broken friendships and relationships. As you’d expect there is a fair bit of emotion to be found here, with a strong soulful vocal performance and emotive guitar work – especially that solo towards the end.

Memphis LK is a Melbourne DJ and producer that has been making waves recently. She has just dropped “Coffee”, featuring her silky smooth vocals and a dance floor beat that will get you up and throwing some shapes. She has announced that her EP Too Much Fun will be out Friday, 13th January 2023.

Singer/songwriter Tiali has today released “Icicles”, and it’s a track infused with warm smoky vocals that effortlessly slide from gentle to rampaging and back again. Oscar Dawson of Holy Holy helped out on production and bass. Stick this on repeat.

“Merry Go Round” is the new single from Tassie punks Slow Down Sonic. The single is the first of a fresh batch of new singles that will form the basis of the trio’s forthcoming second EP. And, it’s another powerful release from the trio, somehow managing to be heavier, catchier and more high energy than ever.

The talented Tia Gostelow is back with “Say It To My Face”, a fun song to play that will help remind you of the people in your life that you wish would disappear. We believe Tia has just finished recording album number three, following on from 2020’s CHRYSALIS, which we are looking forward to hearing in 2023.