Exclusive Single Premiere: Jacob “Not Only When You’re Lonely” (2022) 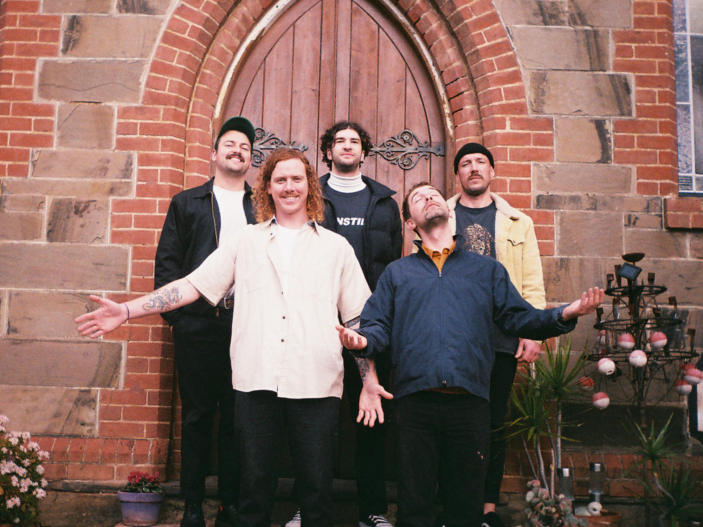 Wollongong emo-punk five-piece Jacob have today shared their new single “Not Only When You’re Lonely” with us ahead of its release tomorrow via Resist Records.

The latest offering was recorded by Joe Andersons at Woodriver Studios with additional help from the band and mixed by Marc Jacob Hudson (Taking Back Sunday, Against Me!). This pop-punk anthem is Jacob’s first new music since their 2018 album Show Me Some Passion and one of their most infectious tracks yet.

“When we went into the writing process we really wanted to go in more of a pop-punk direction, so we modelled all our guitar tones off albums like From Under the Cork Tree (Fall Out Boy), and made sure our snare was pitched super high, just like all those early pop-punk records,” frontman Ruairi Burns explains. “We really loved the energy it brings, and it has been so fun playing the track in our last couple of shows.”

Distorted riffs and picked melodies over chaotic drums and thudding bass drive the track in an upbeat singalong. It boasts catchy vocals and satirical lyrics of a car crash as an analogy for the start of a romantic relationship in true Taking Back Sunday manner. While maintaining a firm grip on their emo roots, “Not Only When You’re Lonely” is a step in a more pop-punk direction reminiscent of the early 2000s sound the band grew up with.

“Not Only When You’re Lonely went through so many rewrites – initially it was a love song called Party Song and it was about meeting somebody at a party and finding a private space, getting to know them. It was then called Car Crash and became this really chaotic song full of some really strange metaphoric one-liners. Essentially the song uses imagery of a car crash to explain two people meeting and falling for each other quickly and passionately.”

Having supported the likes of Turnstile, Tiger’s Jaw and Luca Brasi, Jacob are ready to return with more music in early 2023. Follow the band on Facebook and Instagram for regular updates.