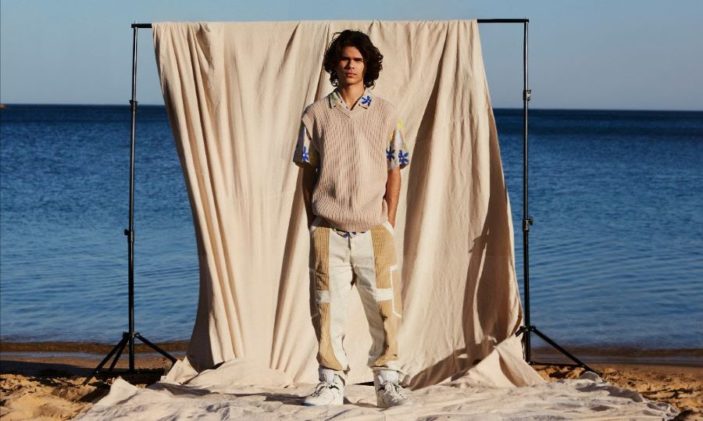 It’s the final week of February and we have eleven new tracks to add to our Discovery playlist, including one exclusive single premiere. This week’s Track of the Week is “What Should I Do?” from Budjerah, who has announced today that his next EP, Conversations will be released on Friday 8th April.

The track was born from frustration that he wasn’t hearing back from his mates. The richness in his voice and the slick electro-R&B production, courtesy of the production wizard, Konstantin Kersting are a warm and welcome emotional embrace. The 19-year old has also announced a world tour, and what is good news for local fans, he will be playing around the country in April in his own headline tour before he heads off overseas. Head to his website for all the details.

Gang of Youths are back with their new album angel in realtime. It’s a deeply personal and emotional album, where the lead singer and songwriter  Dave Le’aupepe has reflected on his family, and on his late father in particular. We’ve added the track “spirit boy” which features a spoken verse in Te Reo Māori, and in typical Gang of Youths’ fashion has massive swirling euphoric dance moments.

We headed into the rehearsal studio with Highline, as they prepare for the launch of their single, “Enough for You and Me” in one of the final shows to be played at Sydney’s Lansdowne before it closes to live music.

Florence + the Machine is back with “King”, a song reflecting on the challenges faced by female artists, as she describes “As an artist, I never actually thought about my gender that much. I just got on with it. I was as good as the men and I just went out there and matched them every time. But now, thinking about being a woman in my 30s and the future… I suddenly feel this tearing of my identity and my desires”.

Also added to the playlist this week are the sophomore releases from Onyeka and Winnie Ama, two emerging artists from the UK. Ama who is from Belfast in Northern Ireland creates music that straddles the worlds of electronic, soul, dance, and R&B. “Here I Go”, is a bright upbeat and joyful slice of electronic pop, which bounces some frenetic electro beats of a smooth soulful vocal.

British-Nigerian Onyeka showcases a soulful vocal of her own on “Dreams”, a song which she describes as being “about finding hope through the dreams that you have, especially when you’re uncertain about them.” It’s quite laid back in its delivery, but it’s quite atmospheric, with Onyeka’s delivering a vocal that is powerful, but understated.

Joining them all on the playlist are new singles from Belgian-based singer-songwriter LIAS, Americans Filligar, Sydney’s Montaigne, who teams up with David Byrne on her new single “Always Be You”, and San Cisco‘s cover of a Wiggles classic (check out their video!). We also have the new single from Arches which we premiered exclusively earlier this week.

Budjerah “What Should I Do” [Track of the Week]