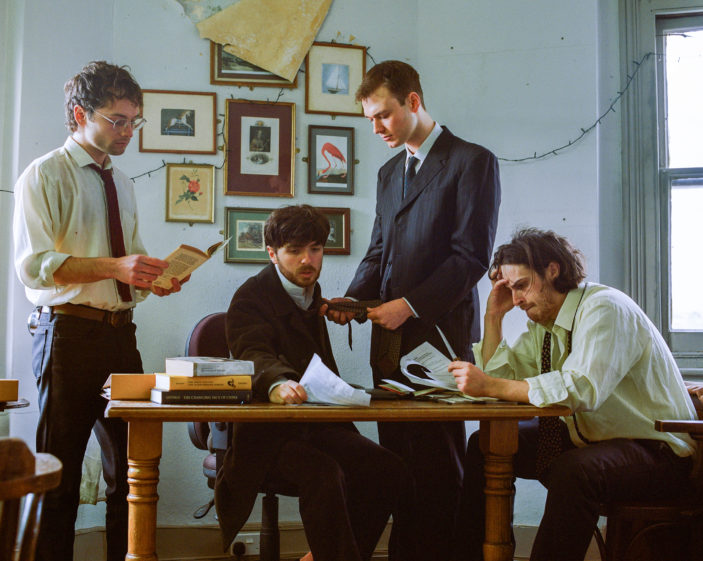 This week we have added ten new songs to our Discovery playlist; including an exclusive single premiere. Our Track of the Week goes to London newcomers Gag Salon and their debut single “Horses”. Recorded in Glasgow’s Green Door Studio by Chris McCrory (Catholic Action, Walt Disco) “Horses” is an off-kilter delight of a debut, with its frenetic guitars, urgent vocals and ‘distinctive’ lyricism. It’s definitely a vibe, and one that we are very much here for.

We also have a track from one of the most exciting acts in the world right now, Afro-French Cuban twin sister duo Ibeyi. They have just released the latest single from their forthcoming record, Spell 31. If this is what we can expect from it – colour us excited. It’s out May 6th via XL.

Winston Surfshirt has collaborated with the 4x ARIA-Award winning Genesis Owusu for their new single, “There’s Only One”, a captivating concoction of hybrid rap and disco. The Belligerents are back with “9 Times Out Of 10”. It’s one for the dancefloor, and reminiscent of the glory days in Manchester.  Produced by band members Lewis Stephenson and ARIA Award-winning Konstantin Kersting, it’s a heady trip.

Joining them on the playlist this week are new singles from Irish folk duo Ye Vagabonds and Dutch pop group Ciao Lucifer. We also have a lovely slice of freak-folk from Sweden’s An Echoic; and the new single from Portland-based singer-songwriter Jacob Westfall.